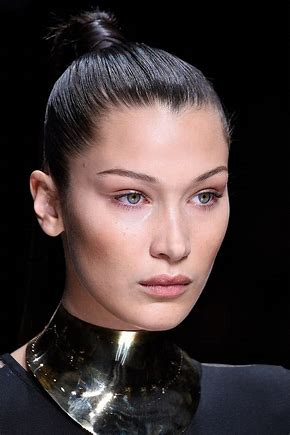 Bella Hadid recently expressed her opinion on the growing uncertainty towards hijab.

Being a global icon of fashion, she addresses fashion as a space to redraw the boundaries of inclusiveness. For her, what to do with a woman’s body is a woman’s decision. “Although different forms of the hijab and head coverings are starting to make an appearance in fashion, still let’s remember the daily struggle, abuse, and discrimination Muslim women face on a regular basis because of their faith and what they stand for”- she wrote on her social media account. She also commented about her first-hand experiences of Muslim people being discriminated against regularly in fashion. Referring to the Muslim sisters who have faced “unfair projections of others”, she calls the act biased, prejudiced, and straight up racism.

She urges “France, India, Quebec, Belgium, and any other countries in the world who are discriminatory against Muslim women” to rethink what decisions they have made or are trying to make in the future about a body that is not theirs. “It’s not your job to tell women what they should or shouldn’t wear, especially when it is pertaining to faith and safety.

She vehemently points out the world’s massively deep rooted, unacknowledged Islamophobia. To justify this statement, she points out that hijabi women in France are not allowed to wear their Hijab to school, play sports, swim, or even wear hijab on their ID pictures. “You can’t be a civil worker or work in hospitals with a hijab. To get an internship, most universities will say, the only way to get one is to take off the hijab”- she added. She staunchly criticizes the egocentricities of a man who assumes themselves to be validated to decide for a woman even in the year 2022.

She also reposted the news about Huda, a Muslim teen girl brutally beaten and had her hijab ripped off at Otago Girls’ High School on February 9th. On the day, a group of Muslim girls were verbally harassed and physically abused by the attackers. Huda among the group received the most violence. Bella Hadid remembers this incident with anger and tears. She wrote, “just like Huda and her friends, it makes me angry and sick to my stomach. We need to change this mindset of immediate judgement. We have to teach our friends, children, parents and families that wearing a hijab, being Muslim, or being anything other than white does not equal being a threat or different from anyone else. Teach them to love before hate. To educate before judgment. To protect before bullying”.

Islamophobia often remains as an unacknowledged concept. This makes it invisible, though it blows like a hurricane worldwide. When global icons like Bella Hadid speak up, this makes the concept of Islamophobia visible. It is high time the world acknowledges the stringent presence of Islamophobia to spread awareness. “I am so sorry to the ones that have felt this kind of disrespect. You do not deserve it. Keep your faith. Love your God. Be you. And the ones who appreciate and love you for you are the only ones that matter. It’s not you, it’s them. Remember that. I love you”- Bella concludes her post.