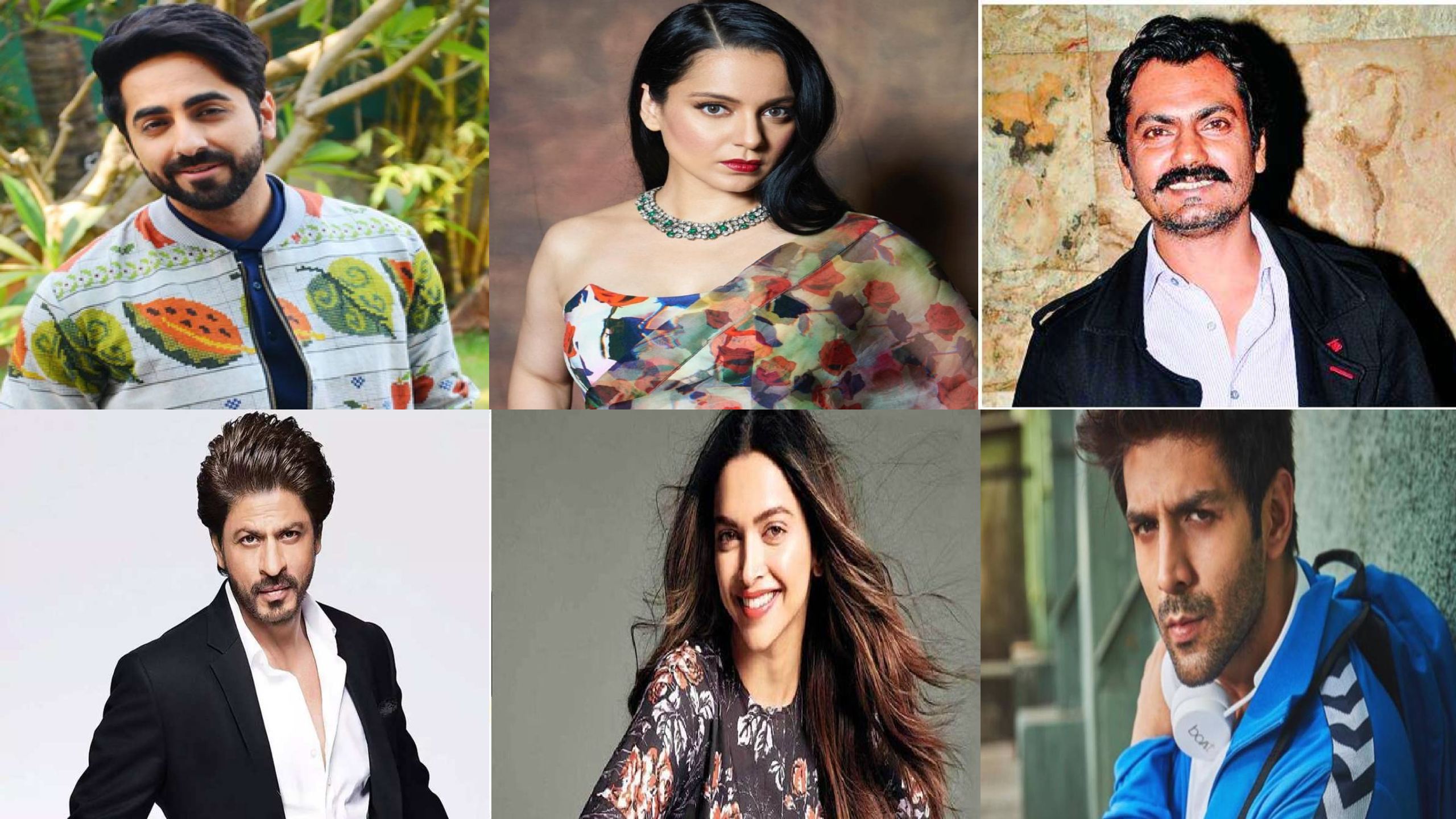 Bollywood is known for its glam and undoubtedly for its competitive film industry and, not only Indians but people, even from abroad aspire to be a part of it. Nepotism is one of the most scorching debates in Bollywood. According to the critics, people who have come from film backgrounds get in easier than those who do not belong to the film industry. However, today many actors have been successful in Bollywood and have created their own name, despite having any film connections. Here is a list of some of the actors who are now the faces of Bollywood and are truly self-made.

Shah Rukh Khan, also known as the ‘King Khan’ is one of the most successful actors in Bollywood. He comes on the list of most popular and the richest celebrities in Bollywood. Shah Rukh is known for his sizzling personality. However glamorous it may sound but it was never a piece of cake for Shah Rukh Khan, as he belongs to a middle-class family. Shah Rukh Khan has worked his way out through television, theatre and finally entered the film industry. He made his first debut in the film, Deewana in 1992. Well, rest after that is history.

Akshay Kumar was raised in a middle-class Punjabi family. When Akshay grew up, he decided to pursue martial arts as he was not good with academics. He learned martial arts in Thailand and also worked as a chef and waiter to catch up on the expenses. After his return to India, he took up jobs like working as a martial arts teacher, salesman, and as a photographer’s assistant until he landed up in modeling career and then to films. After years of struggle in Bollywood, he is now one of the most popular actors today. He made his debut in the film, Saugandh in 1991. Akshay Kumar is an inspiration on many levels.

Priyanka Chopra is one of the most powerful and versatile actresses in the world. She comes from a family of military doctors. Priyanka was just seventeen when she won the prestigious pageant of  Miss World and naturally moved ahead in Bollywood. That is when she became popular and broke all records, Who could not make it big in Bollywood at such a young age? At the peak of her Bollywood career she tried her luck in New York and today she is a global icon.

Kangana Ranaut comes from a family of landowners in Himachal Pradesh. Despite being bright at academics, she fought against her family norms and left home to start her modeling career in Delhi. Kangana was never financially supported by her family as they were always against her aspirations and they cut all cordial ties with her. She then later moved to Mumbai to try in films. After a lot of struggle, she landed up signing in the film, Gangster, a romantic thriller, where Ranaut made her first debut. Today Kangana Ranaut is one of the most pioneering and strongest actresses in Bollywood.

Ayushmann Khurrana, a Chandigarh boy who rose to fame at the age of twenty when he won Roadies 2. He started his career with theatre and is also a founder of two prominent theatre groups in Chandigarh and later became an RJ in radio. Ayushmann Khurrana has hosted many television shows including India’s Got Talent. He made his Bollywood debut with Vicky Donor in the year 2012 which became a commercial success. Since then there is a list of his blockbuster hits.

Rajkummar Rao believes that his inspiration to become an actor is none other than his ideal actor Shah Rukh Khan. And this was much before he even had any Bollywood connections. Rajkummar is a Delhi-based actor who has worked in two theatre groups and graduated from Film and Television Institute, India. He later moved to Mumbai to try his luck in films. After getting rejected from all sides he finally bagged a role in Love, Sex Aur Dhoka in 2010, his first film debut was in Kai Po Che in 2013 from where he rose to fame. Now he is one of the popular actors in Bollywood.

When one talks about the queen of Bollywood, it is none other than Deepika Padukone. She is known for her effortless acting. Deepika belongs to a family of Badminton Champion, Prakash Padukone who has represented India on an international level and is based in Bangalore. She began modeling at the age of 16 and in no time she was one of the most popular models in the country. Deepika made her first debut in the film, Aishwarya in the Kannada film industry. At the age of twenty-one she got the opportunity to work with Shah Rukh Khan in Om Shanti Om (2007) and that is when she took our heart away. Now she is not only known in Bollywood for her glamour but all over the world.

Karthik Aaryan is the heartthrob of the nation. He hails from a family of doctors in Gwalior. Karthik moved to Mumbai to pursue his studies in biotechnology engineering. However, he always wanted to become an actor so he kept trying his luck in Bollywood, and studying in Mumbai was no less than a golden opportunity. After getting rejected from various auditions he banged a role in Pyar Ka Punchnama in 2011, while he was still studying engineering. Due to his strong acting skills and charming looks, he was loved by the audience and today has a bunch of films lined up on his way. We definitely can not wait to see him more!

Anushka Sharma is one of the highest-paid actresses in the Bollywood industry. She comes from a middle-class military family in Uttar Pradesh. Anushka began her modeling career at a young age and soon became one of the most successful models until she realized that she wanted to try acting. She started auditioning and gradually got an opportunity to work with Yash Raj Films. Anushka made her first debut in the film, Rab Ne Bana Di Jodi starring opposite Shah Rukh Khan. Well, the audience had mixed opinions on her while on the other side she never gave up and kept going on to build her career. She is now one of the popular actresses in Bollywood today.

Nawazuddin Siddiqui is known for his outstanding and powerful acting in Bollywood. He was one of the most struggling actors. To bear his family’s expenses he even worked as a watchman and a farmer. It was only after a long struggle and hard work he made his debut in the film, Patang in 2012 for which he even got international recognition. Due to his immense acting and passion, he was offered to do films, Black Friday (2007), The Gangs of Wasseypur (2012), and so on. He is a part of Bollywood solely because of his acting and today he is one of the highest-paid actors.