On October 1st, 2022 (EST), Martin Luiga, one of Disco Elysium’s core development team members, announced on his personal social media site that the ZA/UM cultural association is officially dissolved. This statement also indicates that the original founding members who created this game, including the game designer Robert Kurvitz, game writer Helen Hindpere, and art director Aleksander Rostov, have all “involuntarily” left the ZA/UM studio since 2021.

Disco Elysium (2019) is a ground-breaking role-playing video game (RPG) developed by the ZA/UM studio. The game was written and designed by a core team with mostly Estonian background, including Kurvitz, who wrote the novel Sacred and Terrible Air (2013) which shared the same world setting with the game.

At the beginning of Disco Elysium, the protagonist (the only controllable character) wakes up in a hotel located in the fictional city of Revachol with hangover problems and no memory of his past. The protagonist is going to unravel the mystery of his identity and investigate a murder crime by engaging in conversations with the non-playable characters (NPCs) and making dice skill checks. 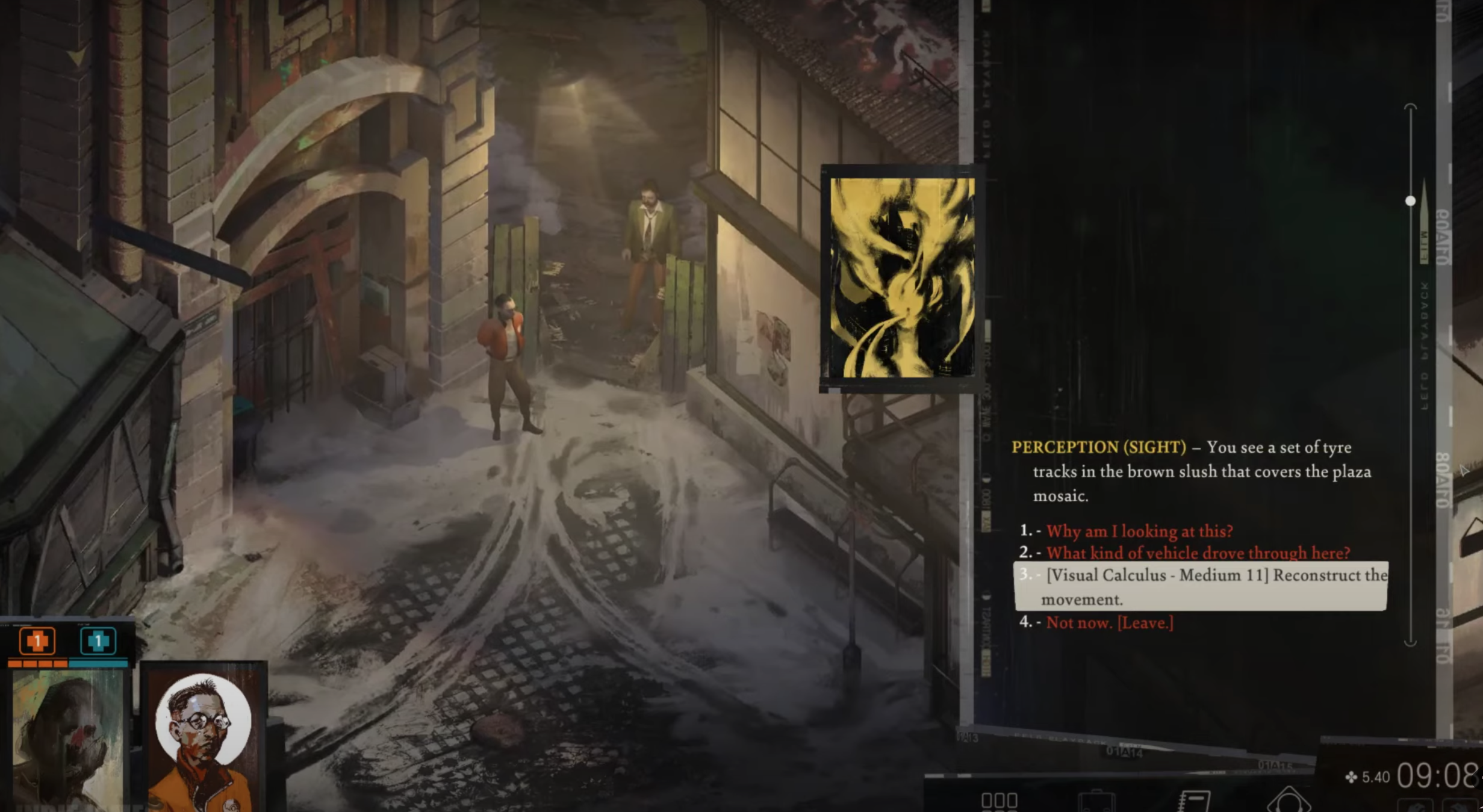 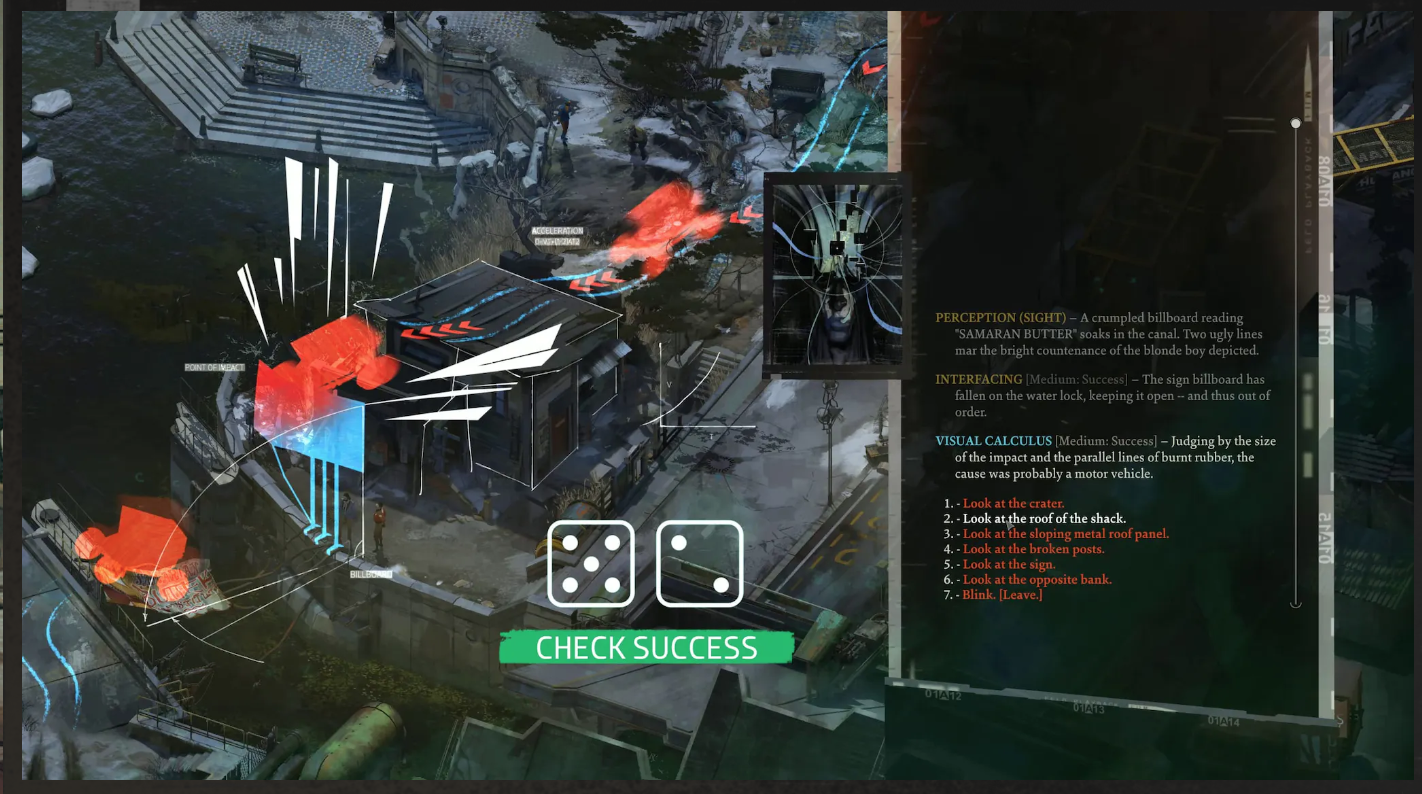 The first version of Disco Elysium was published on PC and later on the macOS system, receiving wide discussion regarding its narrative and art style from critics. In The Game Awards 2019, Disco Elysium won a total of four awards, namely Best Narrative, Best Independent Game, and Best Role-Playing Game.

In 2021, Disco Elysium: The Final Cut featuring full voice acting for the script and new gaming content was released for console players. This update further betters its reception, with its translated game articulating in Japanese, Simplified Chinese, Spanish, Korean, Russian, and more versions.

In Luiga’s announcement, he made a deliberate effort to separate the concept of ZA/UM cultural association from the ZA/UM studio company. The ZA/UM cultural association consists of the several staff members who came up with the initial key concepts of Disco Elysium. It was a team that existed before the formal ZA/UM company. The ZA/UM studio is an independent game developer which later participated in the developing and releasing of Disco Elysium, with its headquarters scattered globally in the UK and Europe. The ZA/UM company is also related to the production of Disco Elysium’s merch after its remarkable hit.

Luiga’s statement arouses a sense of disappointment and frustration within Disco Elysium’s fan community. Many fans said it is disheartening to see the key people behind the game, the ones who built Disco Elysium from scratch, seeming to be pushed out once the studio makes big money.

Meanwhile, in multiple replies Luiga made in the comment section of both Twitter and his personal social media site, he seems to suggest that ZA/UM studio tried to use Disco Elysium for further monetization, which contradicts Luiga’s and the core team’s intentions for his game. (In fact, the game itself offers a unique critique on the operation of several political structures, including the current neoliberal system.)

On top of that, Luiga included this address after signing the statement: "Tallinn Inpatient Treatment Centre of Psychiatry Clinic, Ward IX." Thus, several reports are also concerned with Luiga’s mental health status. PC Gamer’s article says, “It’s unclear to me if the location signature is a genuine indication of Luiga’s current state, or an extremely dark joke. I sincerely hope that Martin Luiga is safe and well.”

On October 3, 2022 (EST), the ZA/UM studio’s official Twitter account posted its response to Luiga’s statement stating that the studio will continue to develop a sequel game for Disco Elysium with “collective efforts.” However, this response has yet to ignite another spark of anger among the fans with its vague and seemingly indifferent mention of the involuntary leave of the soul members. In this case, it seems like the acceptance of Disco Elysium’s sequel game is highly doubtful.