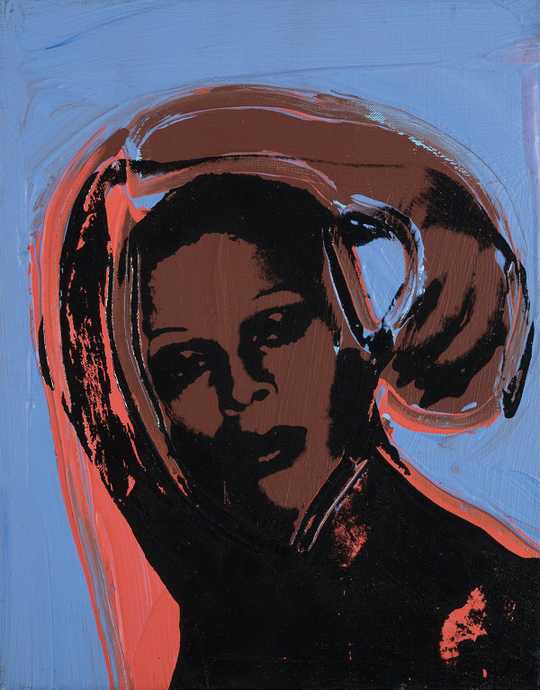 Drag culture-- and drag queens in general-- have been rapidly growing in popularity over the last few years. Though before this, drag queens were not widely accepted and had to be sought out in underground gay clubs or bars. However, even when buried, drag culture has been an essential part of our society for centuries. From men crossdressing for theatre in the 1800s, to being high fashion models, drag culture has always had an impact on American society, and should be respected as a serious art form.

Forms of drag have been, and continue to be present in our way of life. Centuries ago, dating all the way back to the 1800s, men would crossdress as women for plays because women were not allowed on stage. They wore padded dresses and heavy makeup and talked in a higher pitched tone. This was not considered abnormal for a man to enjoy crossdressing and acting as a woman until around the 1920s-30s, when dressing up as a woman became affiliated with homosexuality.

Drag was then forced to hide in underground gay clubs and bars, where it remained for many decades . Even when publicly shamed and forced to be concealed, years later it still found its way into mainstream culture. In the 70s-80s queens like Lady Bunny, Divine, and Pepper LaBeija started to embrace the spotlight with their confidence and humor. Divine even went on to be inspiration for Disney’s villain in “The Little Mermaid”, Ursula the Sea Witch. Lady Bunny created “Wigstock” and Pepper LaBeija promoted “Drag Balls”, which both became known safe spaces for the LGBTQ community .

These queens were all so remarkable and memorable because they broke and bent the social norms into the image and act they wanted to create for themselves. When discussing this, RuPaul says, “A drag queen challenges you to laugh with her, and laugh at her. That’s what makes her so alluring and captivating”. Soon after, another well known queen rose to popularity.

RuPaul’s big break was his feature in the B-52’s music video for their song “Love Shack”. However, everything changed when she debuted her popular show, “RuPaul’s Drag Race” in 2009. RuPaul Andre Charles’ show “RuPaul’s Drag Race” showed queens from all different backgrounds, and caused a boom in drag’s popularity. An article goes on to say, “With the premiere of RuPaul’s Drag Race, drag queens’ culture was able to mount a new, more exposed platform. Drag queens were no longer something you had to seek out; no more did fans have to hunt around for local drag shows at gay bars in their cities”.

RuPaul’s show recently won an Emmy award and has gone on to have, so far, 14 seasons along with 7 All Stars seasons. It has even gone on to the international realm with seasons in the United Kingdom, Canada, Thailand, Spain, and recently Italy. Contestants have gained tremendous popularity as well, and drag is now becoming more normalized in modern pop culture. Though it always had its influences in mainstream culture throughout the centuries, the difference now is that it has become more recognized and socially acceptable.

Drag in the past, and even still today, has always been seen as a joke, a form of cheesy entertainment, or just comedy, but with how influential it has been and how it has rapidly pervaded into pop culture, it should be considered a serious form of art.

Queens in the past may have only been seen as entertainment, and very underground at that- now they have made their way up to modeling for some of the top high fashion brands, such as Vogue, Marc Jacobs, Prada, and more. Many of these brands are very popular, and affect trends and fads of mainstream culture.

Violet Chachki, winner of season 7 of RuPaul’s Drag Race, is known for her high fashion presence, and was the first drag queen to grace the pages of Vogue Italia, and still models for them today. Violet Chachki also modeled for Prada at the Miu Miu Party in Paris, along with other high fashion drag queens Miss Fame and Pearl. Vogue as well as Prada are undoubtedly some of the biggest fashion companies and influencers in pop culture, so the fact that they feature drag queens in their work shows that these queens mean business.

The queens don’t stop there though; Pearl has also modeled for Dazed and Confused and another queen, Milk, has modeled for Marc Jacobs. Of course, RuPaul herself was in this high fashion industry long before any of these other queens, with her covers for MAC, Interview, Instinct, and many more magazines back in the 90s; however now it is becoming more and more common to see drag queens prevail in the high fashion scene-- proving that drag can be much more serious than just comedy.

Along with fashion, drag has also been seen becoming more prominent in the arts. Famous artist, Andy Warhol, worked with Trans Queens in the early 70s (models including LGBTQ+ pioneers Marsha P Johnson, Candy Darling, and Wilhelmina Ross). Warhol was inspired by these ladies and their love for glamour and beauty, even though their way of life was still publicly shamed at that point in time. He admired that they persevered through every day embracing who they felt like inside, and he took a series of these polaroid portraits of these queens of color. Though the concept of drag has been present in the arts for centuries since theater times, Warhol’s piece was a modernized way of bringing the beauty and charisma of these queens to the world. Warhol was undoubtedly ahead of his time, and one of the most prominent advocates for proving that drag itself was more than corny entertainment and comedy-- but a way of life, as well as an art.

With drag culture becoming so popular nowadays, it is important to remember that even though it is coming more into the light, that does not mean that it was not always important in pop culture. With how influential it has been in the world of fashion and art, we also need to respect it not just as a form of comedic entertainment-- but a form of self expression and art.