Fashion in the Elizabethan Era 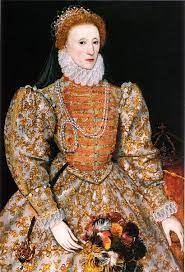 Culture has always been perceived to influence fashion. Various components of the fashion culture are born through the past attributes of societal norms and ethics. One of the most globalized and to date acknowledged fashion customs belonged to the Elizabethan era. This theme has continued to infuse with modern-day fashion, bringing about the most ethical yet contemporary outlook. The traditional and delicate clothing adorned by the upper class always contrived to a heavy and refined art. One might question the glorified weight of the costumes worn by royalties. However, the clothing was designed in such a way to guard the owners of these costumes from the wet and cold weather of Northern Europe, which gripped the residents of the country with its outrageous blow of mini ice age.

Principle Style Hallmarks of that season:


The most preferred fabrics of the Elizabethan era were linen and cotton. The Flax plant fostered the linen used by them. The material was considered relaxed, calm, and easy to launder in an era where people hardly washed clothes; consuming such as fabric linen was highly popularised for its easy-going variants. As far as wool was concerned, it was principled to keep the body warm, produce long-lasting materials which were amiable to dyes. Cotton imported from countries was fused with linen to contrive comfortable clothing.

Leather was manifested to make shoes, gloves, hats, belts, and men's doublets and breeches. The color pallets used in that era came from natural dyes, which faded as they were produced through sustainable methods. The clothing of the upper elite depicted a luxurious form of fashion. Fabrics such as silk, satin, velvet, damask, and taffeta, in addition to wool and linen, also pertained. The women of the victorian era procured different styles of clothing: bodice, a garment fitted for the upper body.

The bodice was often installed with decorative work known as Piccadilly around the waist. They were embedded with embellishments adorning the entire outfit with the gleam of royalty. Detachable sleeves were designed with extraordinary designs inspired by Spanish style in the 1540s and 1550s. Then comes the Ruff, a historical element still contributed as a fundamental style in modern designs. The Ruff was worn around the neck.

It was made of fine muslin or lace or muslin trimmed with lace. The skirt was styled with an attractive under-skirt with a heavy outer skirt with a slit open into an aline format. Another form of the dress was known as fastingale, which was designed to act as a padded roll to the top of the skirt, which was also originated from Spain as an inspiration to dome shape skirts. No outfit is complete without footwear. Lastly, the Elizabethan women wore blunt shoes and flats, which were made with leather. Some dress shoes were often made of silk velvet, or brocade was usually fabricated with embellishments—an ethereal way of dressing. The fashion of the renaissance has revolutionized today's fashion dynamics.

The rich custom-made fabrics elevated the experience of the past. It solicited a community of glory and profound leisure. In honestly, the in-depth fashion conversations of the ancient area have inspired modern-day designers to project the fashion world with the original features of the past to create a world of innovation and relive the past with the magic of the present.

“She sipped her old-fashioned. Sweet and light, with notes of orange and the herb-spice flavor of bitters, all of it balanced with the subtle burn of brandy. It tasted like Wisconsin. It tasted like home.”