Forspoken Demo Drops On PlayStation Network Ahead Of January Release 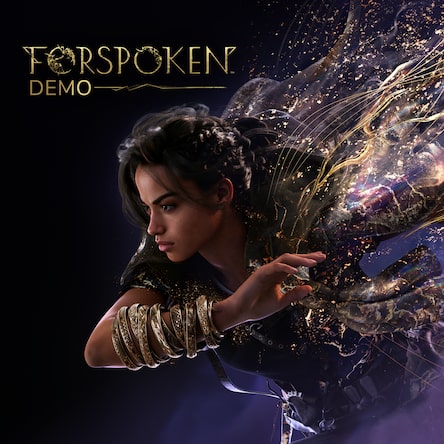 Right in the middle of the Game Awards, Square Enix released a demo of its upcoming action RPG, available starting January 24, 2023. You'll be able to download it for free on PlayStation Network.

Forspoken, from Square Enix’s Luminous Productions, is a PS5 and PC exclusive that has been beset by delays and inconsistent marketing. It stars Frey Holland as a woman from our world who is mysteriously transported into a fantasy realm full of magic but plagued by an illness. Equipped with a sentient magical wristband named Cuff, Frey must learn new magical powers to battle the forces of Tantas in the world of Athia.

Moreover, the demo begins with a recap of events well documented in previous trailers. Many of the systems that will play a pivotal role in the full game are fully accessible. The demo appears to be a self-contained area designed specifically for this release. Although this is unconfirmed, the Japanese developer released a similar demo Final Fantasy XV: Episode Ducsae that followed a similar playbook. Both give players a separate open area from what will be included in the full game with full combat mechanics and systems.

The game itself is stunning. Performance mode runs at a silky smooth 60 FPS with 120 Hz capability. Its combat is a combination of a Returnal style shooter mixed with beat ‘em up action. It's also clever and fun, and there's enough variety to take on different enemies in whatever style suits you best. On the other hand, Frey's build offers enough customization to play in the gorgeously rendered world, though the world itself can feel a bit sterile. Additionally, navigation is handled through a parkour mechanic that is fluid and dynamic, and the banter between Cuff and Frey is entertaining enough to keep players engaged.

Depending on whom you ask, Forspoken’s blend of modern millennial humor and high fantasy is either brilliant or campy. The demo does not dive into the narrative but showcases gameplay mechanics and open-world traversal. How the narrative will play out is yet to be seen, but if the demo is any indication, it’ll be a fun, if uneven, journey. Players can expect 3-4 hours of gameplay if they intend to explore the entire map.

Forspoken was initially set to be released in May 2022. It was subsequently delayed to October 2022 and then January 24, 2023. It once looked like this was a game mired in development hell, but after playing the demo it’s clear that there’s something here. It may be inconsistent, but if nothing else the demo provides hope that Square Enix can stick the landing.