From the favelas of Brazil to the world: how the cultural center ´La da Favelinha´ became an international reference in architectural awards 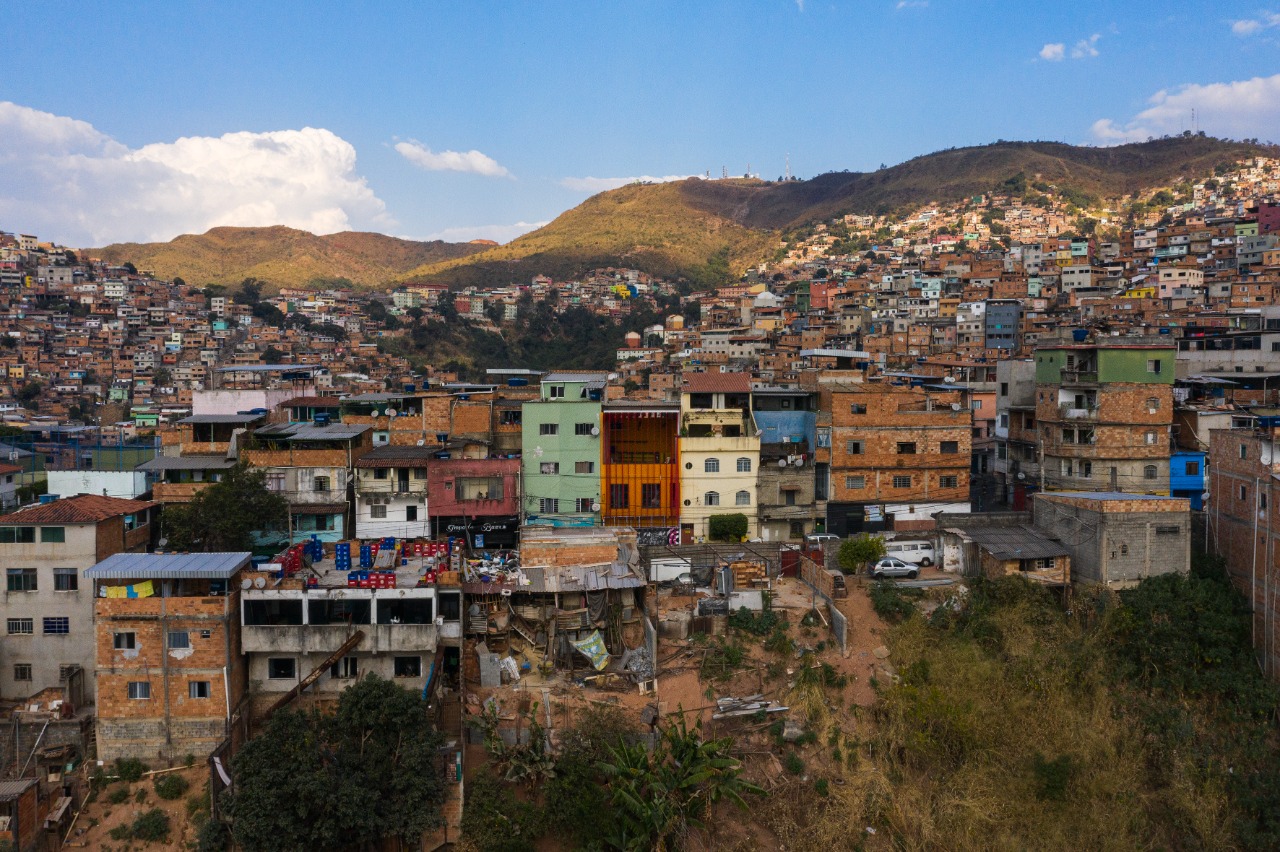 An independent initiative to create a library inside one of the largest favelas in Brazil, known as Anglomerado da Serra in the city of  Belo Horizonte, turned out to be not only a Cultural Center reference but an award-winning, internationally recognized architectural project. After the renovation of the building, how that territory was seen was also transformed, changing the stereotype of what is expected from a favela. “When you googled ‘Aglomerado da Serra’ before it was mainly about gunfire and violence. Today we are highlighted as an international reference in entrepreneurship, architecture, dance, and fashion”, says Kdu dos Anjos, 31, founder and coordinator of the Cultural Center “Lá da Favelinha.”

Designed to boost the creative power of a cultural space, the transformation of the building into an architectural project resulted in an award from the Institute of Architects of Brazil (IAB) at the IAB 2021 Award – Centenary Edition and the 8th Architecture Prize of the Tomie Ohtake AkzoNobel Institute. A trip to Paris, France, was part of the prize to build international connections and get to know world architectural references. In addition, they have also been selected and are awaiting results from international architectural awards. Nevertheless, seven years ago, when the first activities were still being thought, one could not tell that a cultural project initiative could have taken such proportion and impact.

The story of Favelinha began in 2015 when Carlos Eduardo dos Anjos, better known as Kdu, a resident of Aglomerado da Serra in Belo Horizonte-MG, decided to create a rap workshop and a community library. “People used to ask me a lot, why are you going to open a library in the favela? They don’t even read. And I always answered them, they don’t read because there's no book here”, says Kdu. Given the community's demands for other cultural activities, it also became a cultural and professional training space, with the mission of encouraging creative and community entrepreneurship, and promoting education and human development for residents of Aglomerado da Serra. Today they offer more than 16 workshops and have more than five projects in progress for this year.

In 2017, Kdu's meeting with the architect Fernando Maculan brought a new element to the history of the Center and that area. Maculan, Joana Magalhães, and a group of architects created the collective LEVANTE Favelinha (Up Favelinha) with students and engineers to develop projects in the region, one of which was the transformation of the Cultural Center building. Through crowdfunding, they had 100% of the funds raised for the execution of the work, with the help of voluntary participation.  When planning the project, Maculan says the focus was to think about the best way in which that space could serve the population. “Our first thought was to understand how to organize the place around the activities it has to host.”

The first floor, the Favelinha store, was designed to create a direct connection between the building and the street. In front of the sidewalk, with the support of the city hall, they built space with parklets that had as raw material broken desks from municipal schools. Moreover, by using models made with Lego pieces to simulate the area, they had the direct participation of the community, having a group of local children and young people who helped to think about the conception of the work. “This helped a lot to understand what they wanted, and they also felt it was a condition of participating, of showing how this space could serve them in different ways,” says Maculan.

The renovation of the building transformed what used to be a small and limited place, into an area that combines open, creative and multipurpose spaces, with compartmentalized rooms, where the working team of “La da Favelinha” works. Teffy Angel, 26, who joined Favelinha through a poetry rhythm workshop six years ago, is now part of Favelinha’s financial team and works in one of the office rooms. “I spend more time here than at home”, she says, “I always come right after college”. The comfort of the space became one of the priorities for Maculan and the team when thinking about its construction. “We have always thought of this project as a reference for environmental comfort, which is something that often does not occur in buildings in favelas, in relation to ventilation, natural lighting, and especially temperature control.”

With its strong and striking colors on the outside, the building draws the attention of residents and people faced with a new form of architecture in the neighborhood. Kdu says that several people passed by one day and asked what that place was. “They asked if it was a theater, and I said yes. Others asked if is it a nightclub, and I replied that it was as well. A third person asked if is was a circus, and I again agreed. We become everything. At the same time we are a fashion cooperative, a dance gallery, a music studio.” To him, this new perspective changes the social context of the territory, turning the space into a reference to the people of the community. “Many people just have drug trafficking or underemployment as a reference. I think people from the periphery can be journalists, astronauts, they can choose to be whoever they want.”

Teffy is one example of how Favelinha could change people’s life. “I always say that there are two Teffys, one before and one after the Favelinha. After I joined, I started to accept myself in many ways, accept my body, my sexuality, my voice.” Before, she also worked in telemarketing and studied a technical course. Today, she studies Advertising and Communication and says that she entered the class thinking that it could help her achieve her career dream. “My biggest dream is to live only from music and from the Lá da Favelinha project, which I consider my second home, my second family.”

The same chance of choice Teffy wants for herself, she wishes it to be possible for all the young people of Aglomerado da Serra, the biggest community in Belo Horizonte. According to residents, the last democratic study of the region was carried out 20 years ago, resulting in 50,000 inhabitants. However, today,  around 150,000 people live in the area. To Teffy, one of Favelinha's leading roles is to show that the potential of all these people from the favela is immense, and there should be no limits to achieving what you dream of. “The favela is a machine of people who create their own independent projects, and the Favelinha is here to help these children understand they are not destined to have the “rest” of what is left in society. You are capable of doing whatever you want, dream big, believe it, and we will be here to help you with whatever you need to get there.” If there were a Favelinha in every favela in Brazil, we would have a much better chance of becoming a better country.