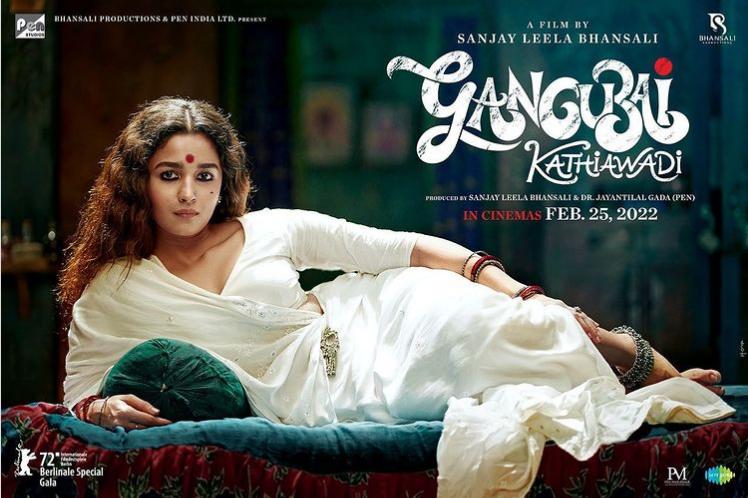 The story is a biographical dive into the life of Gangubai Kathiawadi. Based on the book Mafia Queens of Mumbai by S. Hussain Zaidi, the movie tells the story of Ganga, a young girl from Kathiawad, who fell into the dark streets of Kamathipura after being pushed into the life of a prostitute. Surviving through a life of exploitation, Ganga, rechristened as Gangubai, battles to grab power and fight for the cause of many violated women who live in the many brothels of Kamathipura. With the help of Rahim Lala (Ajay Devgn), she becomes the undisputed queen of Kamathipura as she continues to fight for the rights of sex workers.

Alia Bhatt, unconvincingly at first, pulls off a rather redeeming performance as Gangubai. Unquestioningly, Alia presents a character that remains vulnerable yet utterly resilient. Alia's personal charm adds to the darkly comical nature of the character she presents. Gangubai is a character who repeatedly speaks truth to power through comically packed punch lines. Alia achieves this flawlessly.

Ajay Devgn while having an important role and being given some powerful applause-winning lines, plays his usual self for the role of Rahim Lala. Indira Tiwari and Shantanu Maheshwari bring refreshing characters to life with their truly convincing and charming performances.

Vijay Raaz, Seema Pahwa, and Jim Sarbh are at their usual best.

It's almost impossible for Sanjay Leela Bhansali to not churn out movies that look visually pleasing on the big screen. Brilliant art design, the melancholic music, and great cinematography blend in to make this a visual delight too. The film smoothly takes the viewer through a rollercoaster ride of emotions without losing the overall tone.

There is no dearth of powerful scenes that will remain in your mind long after you are done with the movie. Even with a saddening subject, Mr. Bhansali brings the life of the people involved in this sad business with much color and vibrance.

Truly enticing visuals of a rather dark world that thrive on an upsetting reality make this Bhansali movie as remarkable as the ones before it.

The movie falls into the trap created by the biographical movie genre. There is little to fully immerse in the storyline. Apart from the conflict presented by the social reality, there is little that's driving the movie forward. While the first half will still comparatively leave you watching more, it's highly possible for that feeling to fade away as the popcorn runs out. Fitted with the usual tropes of Bhansali movies, it becomes unimpactful this time. Unfortunately, the meter is becoming repetitive.

Somewhere, it's driven largely by Alia's charisma and the usual high-impact dialogues. The music is definitely not as memorable as some previous work while containing many similarities. The story runs out of juice pretty early in the movie. Characters are used as plot devices to keep the boat sailing directionless.

It's the promise of some great visual entertainment that takes me to Bhansali movies. While Gangubai Kathiawadi has all the marks of his brand, it still fails to accomplish the big promise it presents. It's touching at moments, disheartening at others, and darkly comical throughout. The witty punchlines, flawless delivery, and binding background score are some of the positives.

It's undone by its execution. The story keeps changing goal-posts and quickly achieves it, moving to the next one. It's hard to see where the movie is really heading and where it headed eventually. It became hard to be truly mesmerized by the world created by Bhansali and his team this time It's impressive often but lost me as frequently into wondering what's the point apart from driving the obvious message. It brings out the life of Gangubai in truly attractive colors but in a manner that's far less engaging.

The verdict: I am happy that I watched it on the big screen but wouldn't have regretted had I missed it either.