Gender and Sexuality in Stephen King’s “Carrie”: A Literature Review 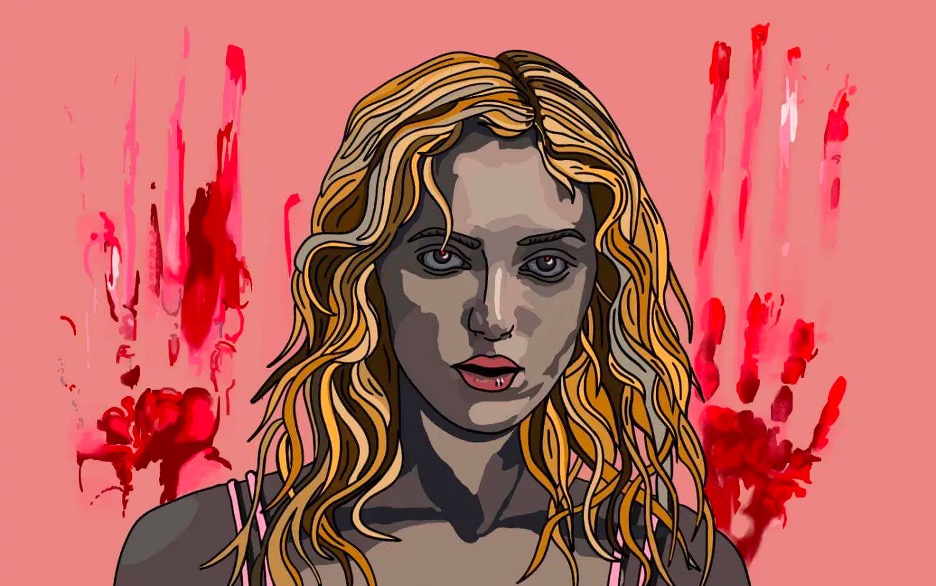 Stephen King’s Carrie is a horror story about a high school girl with an uber-religious mother and taunting schoolmates. Carrie develops telekinetic powers to get back at her schoolmates and mother after countless acts of bullying and humiliation. Scholars agree that gender and sexuality play a crucial role in the development of this character followed by the murderous events that take place within the narrative.

Menstruation appears to be a major topic of discussion in Carrie's character when it comes to sexuality trends. Another trend scholars discuss is how unconventional a horror character Carrie due to her femineity. Whereas other female characters in horror stereotypically would be portrayed as the victim. Critics have compared Carrie to Cinderella in the intensity of her victimization, but what makes Carrie's story horrific is that she doesn't stay the generic female victim for the entirety of her story, like Cinderella, but rather turns into the villain.

There seems to be a gap in how women may sympathize with Carrie's experience and trauma as women go through puberty and most probably had bouts of humiliation regarding their sexuality growing up, especially in a high school setting like Carrie's. Further research could be done by scholars to examine how the reading of Carrie's story brings about sympathy from female counterparts regarding sexuality and humiliation to gain a better understanding of this long-running taboo.

The trends discussed by these scholars examine the relationship between gender, sexuality, and character and discuss the controversy of female sexuality taboos as well as horror character gender roles.

Scholars claim that menstruation is crucial to Carrie's development and supernatural powers. The significance of Carrie's villainous character is found in her first menstruation. The taunting she receives from her female classmates about her first period, and the vengeance she seeks on them as a result, is the arc of her villainous agenda. Carrie is seen as less of a person by her female classmates after her first menstruation, which contributes to her vindictive transformation. As Carl Sederholm states, "Carrie's blood and her unspeakable (as they see them) bodily processes, place her at a lower, more disgusting level than the other girls, even though she is experiencing something they clearly understand and experience themselves."

The taunting Carrie experiences continue throughout the entire novel until the turning point at the prom scene, where pig blood, which is supposed to resemble menstrual blood, is dumped on her. Scholar Carl Sederholm argues that Carrie's transition from victim to villain doesn't take place until this scene because Carrie doesn't harm anyone up until this point, proving that Carrie wants revenge on her classmates for what they have done to her. Scholar Victoria Madden agrees that Carrie's first menstruation and the mocking she receives from it add to her villainous female form. She, as well, discusses that Carrie is seen as less of a person as she is put in a vulnerable setting, especially in the prom scene, which is further mocked by her classmates.

Since Carrie was a vulnerable character from the mocking, her horror becomes very prevalent when she finally gets revenge on her classmates. Madden also reiterates that Carrie’s telekinesis powers, one of her major character traits, don’t become present until after her first menstruation, and even refers to many ancient societies believing that menstruation brought out supernatural powers that other people would try to avoid, “menstruating women have been feared and demeaned for centuries, but also that these women must be temporarily repressed for the maintenance of social order”.

Sederholm agrees with Madden that Carrie's power becomes present due to her menstruation. He thinks, as well as Madden, that her supernatural powers are where her horror comes from and are derived from her menstruation and the way it made her an outsider. He states that her period pulls her away from her peers, making her more of the outsider that she already is and marking her manifested supernatural powers, saying, "For Carrie, that means the sight of her blood is pulling her away from her peers and is beginning to mark her as something potentially outside human order."

Madden relates to Sederholm's claim that Carrie's menstruation marks her as an outsider by saying that her menstruation is dehumanized by her female peers. She refers to the dehumanizing graffiti written on one of the school desks after Carrie's menstruation in the novel's locker room scene: "Carrie's ties with the abject are made clear from the start of King's novel, in the graffiti "scratched on a desk of the Barker Street Grammar school in Chamberlain: Carrie White eats shit."

Authors Jaber and Madden agree that Carrie redefines the typical female character and is an unconventional villain by horror standards. Maysaa Jaber argues that her representation of a female serial killer pushes the boundaries and generic conventions of horror because female characters are usually portrayed as victims of other horrors. Jaber mentions Carrie's female body as a center of unconventional standards for her villainous character, stating, "The body, especially the female body, is one of the main ingredients in a complex recipe that involves the depiction of the killer concerning the dynamics of conformity, agency, and transgression."

Madden agrees with Jaber that Carrie's femaleness is crucial to her unconventional villain representation and even goes so far as to paint her as a witch and monster since she's seen as an outsider by others. Madden states, "Failing to fit the precepts of a typical teenage girl, Carrie finds herself an outsider; each of the ways in which she differs from her peers contributes to her status as a witch and scapegoat." Adding to her unconventional arc, Jaber also claims that Carrie redefines what a female horror character and villain could be because she provides a perspective on how powerful a female villain can be.

Jaber and Csetenyi both agree that Carrie's relation to the victimized princess Cinderella and her transition from victim to villain makes her story horrific. Jaber claims that Carrie pushes the boundaries and conventions of horror since she is not the victim, like most female characters in horror, but instead is the villain, which transports her into a murkier domain of trauma. Jaber makes a comparison of Carrie to Cinderella in that she starts as a victim, like Cinderella, but differs because she seeks revenge on the people who did her wrong, stating, "Carrie is a story of a Cinderella, a neglected, secluded, victimized girl who is finally invited to the prom by a prince charming, but this story has no happily ever after."

Csetenyi also states that there are undertones of Carrie being like the princess Cinderella, adding to the horror. Csetneyi even claims that Stephen King tried to make Carrie seem gorier by relating her story to the older version of Cinderella, stating, "King re-introduced some of the gory elements of the older versions of the tale which Perrault was careful to omit (the stepsisters cut off parts of their feet and the pigeons pluck out their eyes)." Jaber also saw parallels between Carrie and Cinderella and saw how the gory elements of Carrie provided a more horrific story.

Jaber talks about Carrie being the victim of trauma and humiliation from her schoolmates, like Cinderella with her stepsisters and stepmother, and having a prince charming in Tommy, the boy who takes her to the prom, but the story of Carrie ends in tragedy instead of happily ever after. While Cinderella was solely a victim in her own story, Jaber emphasizes Carrie's victim-to-villain transformation by stating, "[Carrie] sheds her private victim identity and creates a spectacle when she turns into a ruthless avenger and killer," adding a more horrific twist to her story.

Csetenyi relates to Jaber and says the victim-to-villain transformation in Carrie is significant to her horror. She states that Carrie's transformation from victim to villain makes her a heroine who progresses from one extreme to another: from a fragile young girl to a fearful and villainous killer. Both scholars claim that Carrie is horrific because she relates to the princess Cinderella while also not conforming to the conventional horror standard of the female character being the sole victim.

A definite gap in the discussion of this topic is the potential sympathy and emotion that can be perceived by female audiences from reading Carrie's story of trauma and humiliation. Puberty and female sexuality are taboo subjects in society, especially in the high school setting, where they should honestly be discussed more as young girls are experiencing them for the first time. The taboo society has placed on female sexuality leads to humiliation and shame among young girls who are experiencing it for the first time.

Female audiences should be able to relate to Carrie's experience and trauma to some degree due to this taboo. Female audiences could also feel a sense of empowerment when Carrie finally stands up for herself, albeit in a demonic way, towards her peers who humiliated her. Further research should examine the sympathy felt by female audiences when reading Carrie's story, especially the trauma Carrie faces regarding her sexuality, as this presents a taboo surrounding the subject. This research could be useful in understanding the impact this taboo has on women and society and can hopefully establish ways to eradicate the taboo through better representation and education.