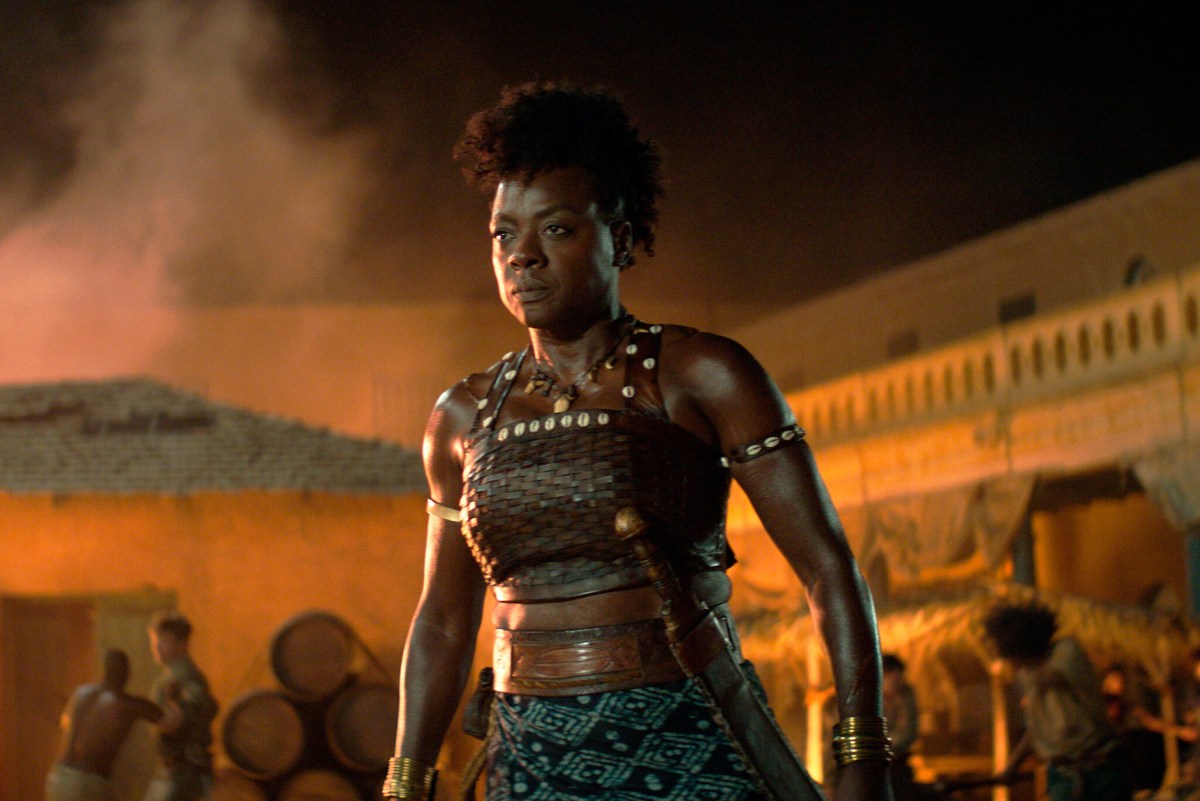 Starring Viola Davis, Thuso Mbedu, Lashana Lynch, and John Boyega, The Woman King is a thrilling new movie based on the historical Kingdom of Dahomey in Africa. The film, directed by Gina Prince-Bythewood and written by Dana Stevens, was an audience and critic hit according to Rotten Tomatoes and the U.S. box office numbers after it came out in theaters on September 16, 2022. Although based closely on the Agojie women warriors and of the Kingdom of Dahomey, present-day Benin, how historically accurate is the film’s plot and characters? This article takes a look at historical and historian records to break down this new film.

The Woman King is an action/adventure movie that follows the Agojie warriors (also known as the Dahomey Amazons by Europeans, a nod to the Greek myths), a unit of women soldiers of the Kingdom of Dahomey’s army that protected the kingdom from the 1600s through the 1800s with excellent and fierce skills unmatched by other African kingdoms at the time. More specifically, the film follows the Agojie general Nanisca (Viola Davis) as she trains new Agojie recruits and battles the Oyo Empire alongside warriors such as Nawi (Thuso Mbedu) and Izogie (Lashana Lynch).

In a TIME article, Leonard Wantchekon, a historical advisor for the film and native to Benin, confirms that the Agojie was an actual unit of warriors in the historic Kingdom of Dahomey. It is unclear exactly how this unit came about, though. One theory is that they started as an elephant hunting group called beta. Another idea is that they began as bodyguards to Queen Hangbe, who ruled from 1716 to 1718. From there, King Ghezo bolstered and used these warriors to fight his battles. King Ghezo, played by John Boyega in the film, was a real king of Dahomey and is credited with establishing the Agojie and their reputation. In addition, Wantchekon also believes that the progressive gender roles of Dahomey at the time contributed to the establishment of the Agojie in Dahomey’s military.

The film follows the life and internal struggles of General Nanisca and Nawi, played by Viola Davis and Thuso Mbedu, respectively. According to a Smithsonian article, these two characters are not based on the lives of real Dahomey Amazons, but their names belong to real warriors. In the film, Nanisca is a strong general that leads the Agojie against the Oyo Empire’s army and European slavers. However, the real Nanisca, that is thought to share a name with Davis’ character, was observed as a teenager by French naval officer Jean Bayol in 1889. The Smithsonian article quotes Bayol’s journal that the real Nanisca approached a prisoner, “swung her sword three times with both hands, then calmly cut the last flesh that attached the head to the trunk. … She then squeezed the blood off her weapon and swallowed it.”

The real Nawi was not alive during King Ghezo’s reign and was one of the last surviving Agojie warriors, says an article published by History vs. Hollywood. Nawi’s story in the film had likely and unlikely aspects to it. In The Woman King, Nawi is recruited to the Agojie by the king after her father gives her away for refusing to marry a suitor. This forced recruitment was common for girls and women who rebelled in historic Dahomey. Other women and girls, such as enslaved people and the poor, were also recruited to the unit, and still others volunteered to be a Dahomey Amazon. In the film, Nawi has a romance with a European slave trader of Dahomey descent. In reality, the Agojie were considered married to the king, so affairs like these were not likely to have occurred.

A significant difference between the film’s portrayal of Dahomey and the natural kingdom is their stance on slavery. While it is true that King Ghezo released the domain from being a tributary of the Oyo Empire in 1823 when the film opens, their involvement with the slave trade lasted for decades longer than the film lets on, until 1852. The king soon returned to slave trading after trying palm oil production.

Moreover, the film also portrays the Agojie as fighting against slavery, but that was not necessarily true. A real warrior General Seh-Dong-Hong-Beh, who History vs. Hollywood believes inspired General Nanisca in the film, led a group of Agojie against the Egba people to obtain enslaved people in 1851 while under the rule of King Gozo. Because they were under the control of a king who believed the slave trade was a lucrative business, the Agojie went on several such raids. Lynne Ellsworth Larsen, an architectural historian, told the Smithsonian that Dahomey “was a slave trading kingdom, so warfare was part of their annual cycle. They needed to gather humans to be part of this heinous transatlantic slave trade.” Furthermore, Agojie women themselves enslaved people.

Although largely fictionalized, The Woman King got some aspects of the Agojie right. The film accurately portrayed the Dahomey Amazons as the “capable and fearsome fighters” they were, to use the words of History vs. Hollywood. By their own accord, the Agojie acted like their male counterparts and tried to surpass them, as shown during a moment in the film when a male and female warrior hold a double-pointed spear to their chests, and the male warrior yields first.

While the film itself is worth its two-hour run time as a piece of media that celebrates the strength and bravery of Black women, is it responsible to paint the Dahmeoy people as the heroes when in reality they were, in some critics’ opinions, the villains? It is important to keep in mind that this movie is a fictionalized version of the real Kingdom of Dahomey, that, while it produced fearsome women warriors, it was also an important part of the continuation of the transatlantic slave trade.