Homage To The Bard: The Upstart Crow 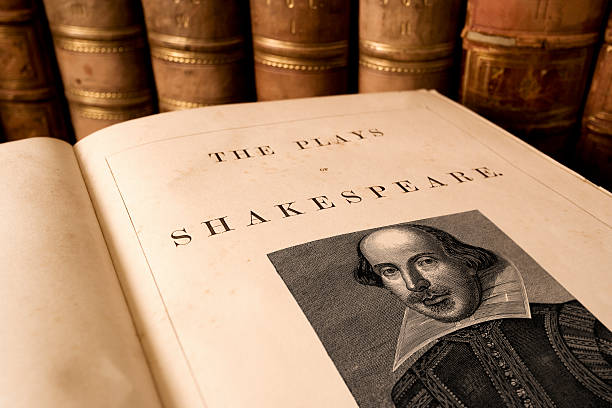 Ben Elton's new comedy The Upstart Crow, both an adoration and a satire of William Shakespeare and the Jacobean world, has returned to the Apollo Theatre post-pandemic. All's well that ends well!

The new stage play is a development of the BBC sitcom Upstart Crow (televised between 2016 and 2019). David Mitchell takes centre stage as the vain and witty interpretation of Shakespeare, accompanied by his landlord's daughter, Kate (Gemma Whelan), and his scornful servant, Bottom (Rob Rouse).

We find the hapless Shakespeare in the throes of writer’s block. Lacking the creative juices as he hopes other characters in his circle will inspire his next big hit after writing a series of flops, which the characters all agree were unpopular plays, like Measure For Measure and As You Like It. It can be said that Shakespeare gets more than he bargains for when twin African royals, his two scheming daughters, a not-so-zealous puritan, and a crowd-pleasing dancing bear all come together in the plot.

What is certain is that this is a play that can appeal to a wide range of tastes. The bawdy humour of an infatuated puritan dressed in colourful breeches with a codpiece that gets suspiciously bigger throughout will surely tickle anybody’s fancy. The Exit pursued by a bear reference to The Winter’s Tale would give the high-brow Shakespeare reader a sardonic smile. But also the hilarious parallels between then and now. The stagecoach from Stratford to London experiences railway problems, and anti-terrorist slogans familiar to us are altered to fit the persecution against Catholics at that time: ‘see it, say it, slaughter it.’

The play embodies this seemingly conflicting sense of humour that Ben Elton has mastered throughout his long career in British comedy. Since the 1980s British sitcom Blackadder, Ben Elton has employed a mixture of slapstick, deadpan, and bawdy comedic elements in his writing, and The Upstart Crow is no exception.

Although Elton peppers in something for everyone, one issue with this unique mixture of comedy could be that Elton tries to appeal to too broad of an audience. Some audience members may not be hooked if only one form of this multidimensional humour appeals to them. This may leave them gripping on for dear life to their investment in the play as specific references swoosh over their heads, or the sexual innuendos may not make some laugh hysterically. However, the redeeming feature is that Elton uses the unique effect that made sitcoms like Blackadder and the original Upstart Crow series so engaging, and that is the fact that he pummels his audience with constant laughs so that nobody is cut off from certain forms of humour for too long.

Meanwhile, those of you with an eye for Shakespeare may notice that the plot is based on a mod-podge of several of his plays, including Twelfth Night, The Winter’s Tale, King Lear, Othello, and Romeo and Juliet. This makes the performance a true homage to the Bard. Mitchell brings him to life through the lessons of these plays. He pits his two daughters against Kate to acquire his limited wealth. The restrictions of early seventeenth-century society test the relationship between a white woman and an African ‘Moor.’

The performance further tests the heteronormative Jacobean period as the performers shed light on the social restrictions of this time. Kate’s cross-dressing hooks us as she aspires to become an actor in a time when adolescent boys were assigned female roles in the theatre. There is an open discussion of gender fluidity and the broadness of sexuality as Kate falls in love with both the female and male twins in a confused mishap of identity. All of this demonstrates the intention to give due credit to the Bard as the show embodies the transgressiveness of Shakespeare’s work.

Daisy May Cooper is 'Comedy Gold'

Kunal Kamra Strikes Against Threats : Has India Lost Its Humour?