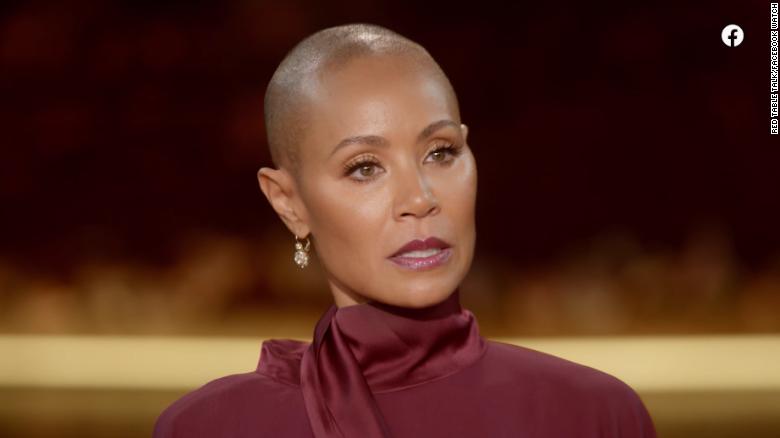 Will the Will Smith-Chris Rock slapping incident at The Oscars be addressed?

This was the sole question on everyone’s mind following the Monday, April 19 announcement of the return of Red Table Talk for its fifth season. The Facebook Watch series is a roundtable discussion show hosted by actress Jada Pinkett Smith, her daughter Willow Smith, and Jada’s mother Adrienne “Gammy” Banfield Norris. Each episode is filmed inside of the Smith family home.

For the time being, the answer to the question above is not yet.

The premiere episode of Red Table Talk’s fifth season kicked off with a typed message on a silent black screen signed by Pinkett Smith addressing the incident involving her husband, Actor Will Smith, which was not discussed during the episode.

The message, which took up two title cards, in full read:

“Considering all that has happened in the last few weeks, the Smith family has been focused on deep healing. Some of the discoveries around our healing will be shared at the table when the time calls,” The first title card read. “Until then the table will continue offering itself to powerful, inspiring and healing testimonies like that of our incredibly impressive first guest." the second title card read.

The first guest of Season 5 of Red Table Talk was singer and actress Janelle Monáe. Multiple Media outlets stated that the episode was reportedly taped before the Will Smith-Chris Rock slapping incident, which occurred at the 94th Academy Awards on March 27.

During the Oscars ceremony, Will Smith went up onstage and slapped comedian Chris Rock, who was presenting the Academy Award for Best Documentary Feature, for making a G.I. Jane joke about Jada’s shaved head. Pinkett Smith, who shaved her head due to suffering from alopecia, an autoimmune disease which causes hair loss, has been very vocal about her 2018 diagnosis.

After slapping the former two-time Oscar host, Smith proceeded to return to his seat, from which he yelled at Rock to, “Keep his wife’s name out of his f***ing mouth” two times to the shock of attendees of the ceremony and to viewers around the world.

Just 40 minutes after the incident, Smith was up onstage again as he won the Academy Award for Best Actor for his performance as Richard Williams, the father of tennis stars Serena and Venus Williams, in the film King Richard. In his acceptance speech, a tearful Smith apologized to The Academy and fellow nominees. It wasn’t until Monday, in an Instagram post, that Smith publicly apologized to Rock.

The incident resulted in Smith resigning from The Academy of Motion Picture Arts and Sciences on April 1. This means the newly crowned Oscar winner will be unable to vote on Oscar-nominated films and performances each year.

A week after Smith’s voluntary resignation, the Academy’s Board of Directors announced that they would be banning Will Smith from attending The Oscars and any Academy-related events for ten years.

How Oscars 2022 Became Worthy Of Our Scrutiny