Kanye West Background And The Controversies That Has Followed Him Throughout His Career. 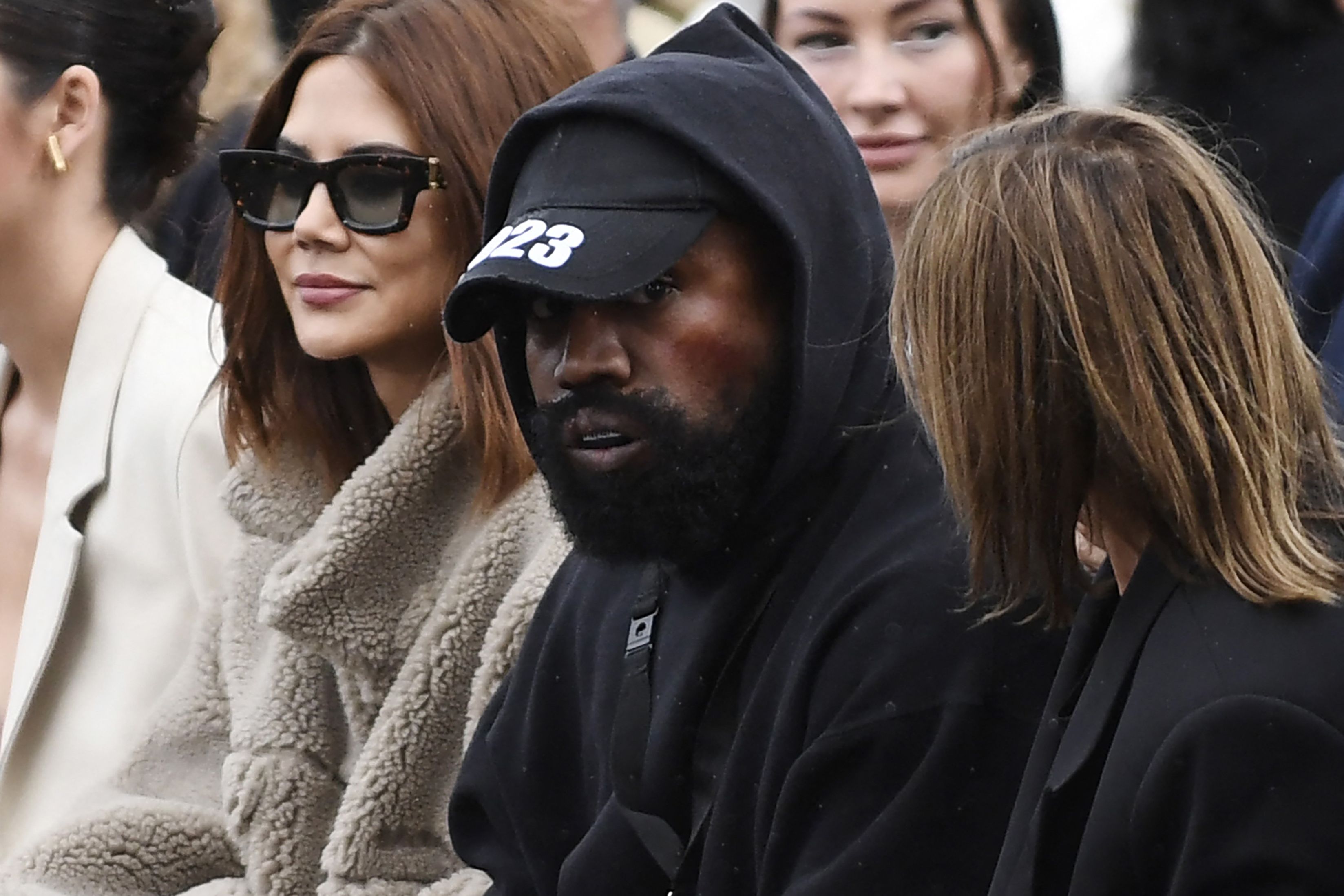 This article examines the controversies that Kanye West, the artist and company owner of Yeezy, has been responsible for and the companies that have terminated their agreements with him.

His early appreciation for music and painting was recognized, and he began writing poetry at age five. His mother, Donda West, recalls realizing his interest in art and singing in the third grade. West started rapping in the third grade and composing music in the seventh grade, eventually selling his tunes to other musicians. In 1997, after graduating from high school and receiving a scholarship to attend Chicago's American Academy of Art, he began attending painting studies. Still, he transferred to Chicago State University to study English shortly after that. He quit school at age 20 to follow his musical ambitions.

Kanye West is one of the most prominent figures of the 21st century. With platinum-selling albums and chart-topping singles of all time, he has over 135 million records sold worldwide with a win total of 21 Grammy Awards. His music has had a tremendous impact on the business and has paved the way for new, aspiring rappers. Kanye West, commonly known as Ye, was born on June 8, 1977, in Atlanta, Georgia. He is a Grammy-winning American rapper, producer, performer, author, director, performance artist, and fashion designer. His musical career has been marked by dramatic changes in style, incorporating an eclectic range of influences such as soul, baroque pop, electro, indie rock, synth-pop, industrial, and most recently, gospel. Over the years, his enormous impact on the industry has been responsible for cultural shifts and advancements in mainstream hip-hop culture and other popular music genres.

Before the fame, West began recording beats and rapping in his hometown of Chicago, Illinois, in the early 1990s, when he created the rap trio Go Getters with fellow Chicago natives GLC and Really Doe. Later, he joined the nationally recognized Roc-A-Fella Records through his work in New York in the early 2000s, where he rose to prominence as a producer creating successful singles for artists including Jay-Z, Ludacris, and Alicia Keys. Due to his accomplishments as a music producer, he decided to seek a solo career as a rapper. The album received 10 Grammy nominations and won Album of the Year and Best Rap Album, as well as defining the style for which West would become known: "wordplay" and heavy sampling of 1970s soul and R&B recordings. He later launched the record label GOOD Music in 2004. Jon Brion contributed to the sonic development in his 2005 studio album Late Registration. In addition, West invested $2 million and hired a string orchestra to assist in the album's production. The album won the Grammy for Best Rap Album once again.

Kanye West aimed to create songs that could be utilized more successfully in stadium performances for the third release of his album. West drew musical inspiration from The Rolling Stones, Led Zeppelin, Bob Dylan, and Johnny Cash for the third and eventually the last installment of his Dropout Bear series, Graduation. As both albums were released on the same day, He and 50 Cent engaged in a friendly competition over which would sell more. West ultimately outsold Curtis by a significant margin in the first week of its release, selling 957,00 copies. The album's main track, "Stronger," sampled Daft Punk and was West's third Billboard 200 number one. Many proclaim West's 'victory' over 50 Cent as the 'death' of gangster rap as the dominant hip-hop subgenre.

Following West's renowned breakthrough in the music industry were controversies. West's troubles increased as his Hollywood popularity grew, as he stormed out of the 2004 American Music Awards after failing to win Best New Artist. Days after the release of his second studio album in 2005, he became embroiled in a considerable controversy after going off-script during a Hurricane Katrina broadcast and declaring, "George Bush doesn't care about black people," which Bush called "one of the most abhorrent moments of my presidency."

Following the death of his mother and the breakup of his long-term relationship with Alexis Phifer, he abandoned his original plan to release a fourth album entitled Good Ass Job. Instead, he surprised his fans by releasing the album 808s and Heartbreak, which featured compensated singing, effective use of the TR-808 rhythm machine, themes of love, loss, and isolation, and very little rapping. The death of his mother had a profound effect on him, as more controversies continued to pursue him after her departure. His grief for her caused him to spiral out of control, culminating in him storming on stage at the 2009 VMAs to interrupt Taylor Swift's award acceptance speech and declare that Beyonce deserved the award instead. This move is infamous in pop culture and has been vilified by the entire world for years. The rapper's popularity exploded again in 2010 after the release of his fifth studio album, My Beautiful Dark Twisted Fantasy, which critics considered to be the best album of his career. This was a return to the Hollywood scene as the album featured the international hit All of the Lights and the Billboard singles Power, Monster, and Runaway. The album was certified platinum in the United States.

His musical success continued to reign when he released a joint album with Jay-Z titled Watch the Throne, which featured singles such as "N***** in Paris," which peaked at number five on the Billboard Hot 100. Kanye West's music flourished with each year in the music industry, as his albums and singles charted the billboards and sold millions of copies annually. However, the issues that followed him rendered him a public danger and cost him billions of dollars and business deals. His support of Donald Trump's 2020 presidential candidacy cost him the support of his admirers, particularly in the black community. John Legend, a former close buddy of the other rapper, revealed that the two lost connections after Legend endorsed Joe Biden and Kamala Harris instead of Donald Trump, which did not come as a surprise. As his conversion to Christianity recast the artist in a different light, his fame continued to increase. He announced his conversion to Christianity during a surprise listening party for his new album 'Jesus Is King' in 2021, which earned him a Grammy Award nomination. To convey his love for God and Christianity, he performed The Sunday Service. A weekly Christian meeting held every Sunday beginning on January 6, 2019.

It included him and a choir singing thanks to the Most High, putting a positive light on what is pure and beautiful. On Netflix's My Next Guest Needs No Introduction with David Letterman, he discussed the impetus behind the Service. "It's just an idea we had to open our hearts to make music that we felt was as pure and as positive as possible and just to do it for an hour every Sunday, and have something where people can just come together and feel good with their families." However, throughout the years, particularly in 2022, West has been involved in controversies that have cost him billions of dollars and rendered him a social nuisance. After tweeting an anti-Semitic remark against Jewish people that read "Death con 3," he lost nearly a billion dollars in income and partnerships with corporations. After he made this assertion, his Twitter account was deleted. He posted on Instagram about losing film contracts, sports contracts, music contracts, and mortgages. He wrote in his Instagram caption that "unknown powers" were attempting to harm his life because of a tweet, proving that his suspicions were accurate.

Kanye West is an extraordinary artist whose contributions to the industry have paved the path for other rappers. The fact that he has altered songs and incorporated music from many eras to produce a harmonious melody that is exceptionally made with the mind of a genius demonstrates that his producing and music talents remain a rare talent in the twenty-first century. This is why he has won numerous honors, including Grammys, and sold platinum album records with singles that have sold millions of copies and remain on the charts to this day. He has shattered sales records that no young rapper of this age has been able to surpass; nonetheless, the rapper's controversies have persisted throughout his career. From the time he began until now, Kanye West's opinions have dominated media outlets' front pages. As a result of these difficulties, his musical skill has been eclipsed by scandals.