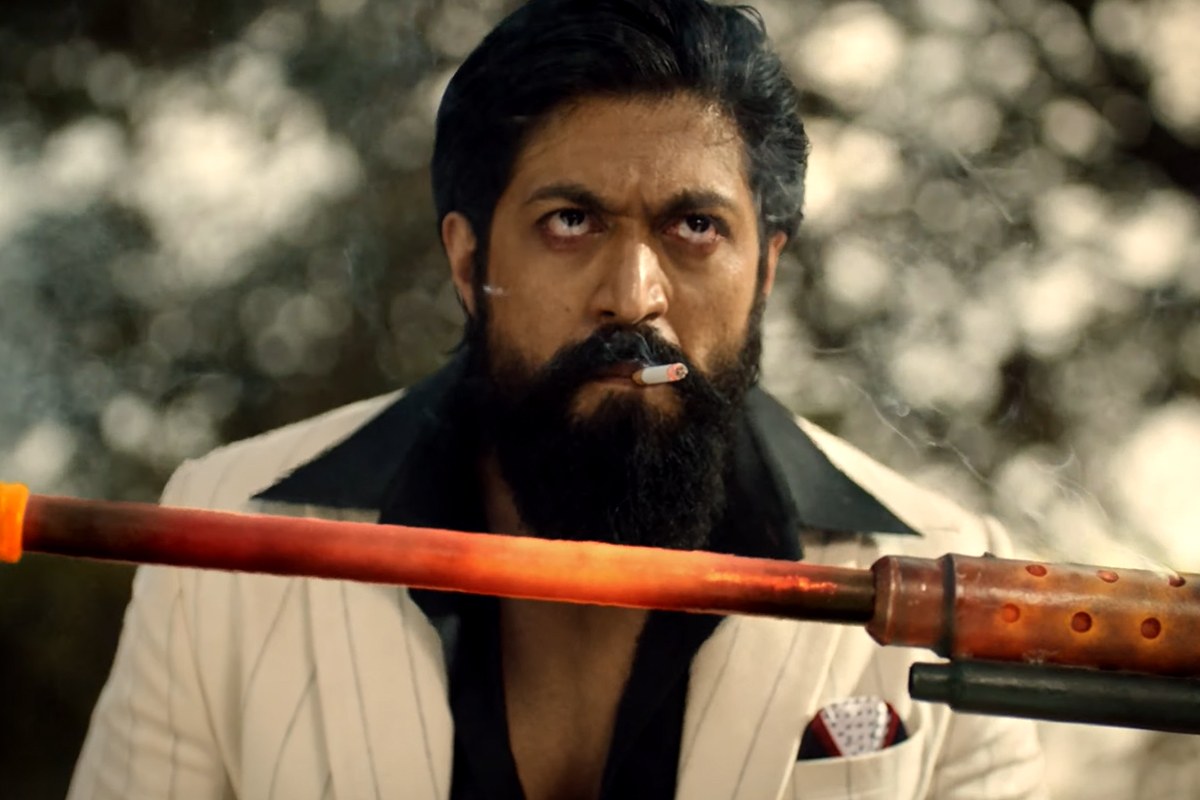 21 December 2018, saw the release of a film named K.G.F: Chapter 1. The film is an Indian Kannada-language period action film, written and directed by Prashanth Neel and produced by Vijay Kiragandur under the banner of Hombale Films. The film earned 250 crores at the box office. K.G.F: Chapter 1 won the hearts of the whole Kannada film industry. Every single frame oozed a pan-Indian appeal. Regardless of what language a viewer watches in, they’ll get the feel of a straight film. Considering that KGF Chapter 1 is Prasanth Neel’s second film as a director, his direction remains stunning. The acting? Gosh! Yash has done a great job in this and made it look very interesting. The movie did involve a lot of action but was also supported by a good story. A large mass of people liked the movie and now they are eagerly waiting for the second part.

First, the Yash starrer KGF 2 was scheduled to release on July 16,2021 but due to the ongoing pandemic the film’s release was postponed. The public have been eagerly waiting in anticipation to know the schedule of the film’s release.

Well, the long public wait will end, because on Thursday the Hombale Films Producer, took to social media and announced the KGF trailer release date. They quoted, "There is always thunder before the storm”. Along with that they mentioned the K.G.F: Chapter 2’s trailer will be available for the public on March 27th at 6:40 pm. However, they just confirmed the trailer date and the film is supposed to be released on April 14, 2022.

Directed by Prashanth Neel, the sequel to KGF: Chapter 1 would follow the protagonist, Rocky as he rises from poverty to become a don and goes on to rule a gold mine. The movie also stars Sanjay Dutt as the antagonist Adheera. Bollywood fame, Raveena Tandon will be seen embracing a pivotal role. Prakash Raj, Malavika Avinash, and Srinidhi Shetty are other film stars featured in the film. Ravi Basrur has composed the music for the film and it is crafted by cinematography skills of Bhuvan Gowda. The film will be released in Kannada, Telugu, Tamil, Hindi, and Malayalam language.

KGF: Chapter 2’s budget is 100 crores. It is expected that the movie will bag more than 800 crores in India including all languages. If the movie crosses the mark of Rs. 250 crores, it will be considered a super hit. In accordance with reports flooding in the media, Yash has charged a promising amount of 25 crores for K.G.F: Chapter 2. Whereas for the unversed, the prequel saw an amount of 15 crores charged by the actor. Therefore, it can be stated that a hike of 10 crores is really good and much-deserved. Director Prashanth Neel takes up the second position as he has taken a huge 15 crores for directing the sequel.

In Chapter 1, at the beginning of the movie, Rocky bhai promises his dying mother that he will become the richest man before he dies. As a promise, he started his journey to become a rich person and he entered the illegal gold mines center Kolar gold fields in Bangalore. The part one also sees him taking over KGF after he kills Geruda, the chief villain. But what happens after that? Why the Prime Minister issues death warrants against Rocky bhai will be seen in the upcoming K.G.F: Chapter 2. The film will be filled with lots of actions and emotions.

The fans are very excited to watch the second part of the movie and lots of people predict that K.G.F: Chapter 2 will break the record of other movies and earn way more than the first one. The director and cast are also hoping this movie to break the record of Bahubali which also witnessed meteoric box office collections.

However, the Bollywood superstar Aamir Khan's film Laal Singh Chaddha was also scheduled to be released on the same date as K.G.F: Chapter 2. And we all know that whenever Aamir Khan's film gets released, it's always a hit on box office. However, in an interview to trade analyst Komal Nahta, Aamir said that he apologized to KGF 2 actor Yash, producer Vijay Kiragandur and director Prashanth Neel for choosing the same release date as theirs. He also offered hands on promotion of the film ahead of the film's release. He asserted that he wrote to the KGF 2 team explaining his reason to choose April 14, 2022, as the release date. He stated that ideally, he would never take a date which has already been finalized by the producer of another big film. He expressed that he hated to give the impression that he is trespassing on someone else’s territory. The motive behind choosing the Baisakhi day (14th April), as the release day was because it was the first time of him playing a Sikh character.

He also said that he is a big fan of K.G.F and he did have a heart-to-heart conversation with K.G.F actor Yash. He said that K.G.F and his film are different. His film is about a love story or family and K.G.F is about action. He expects that the two films would hopefully not eat into each other’s collections. However, the Aamir Khan film got postponed to 11 August because they haven't been able to complete the film. And it is somehow good news for K.G.F: Chapter 2.

Meanwhile, Sanjay Dutt, who plays an antagonist in the film, expressed his feeling on how Adheera is one of the craziest characters he has ever played while talking to IANS. He shared his opinions on Adheera as a fearless, powerful, and ruthless character. He also shared about the physical preparation required to become Adheera. He stated that getting ready to play Adheera also involved about 90 minutes-long make-up to get the look and a lot of preparation mentally to get into the skin of the character. He stated that the character demanded a lot from him in terms of those attributes.

However, after the postponement of Aamir Khan's film, it was revealed that the director Prashanth Neel isn’t satisfied with Yash’s intro song in the film. He expressed his desire to reshoot the song. He has laid out a schedule for the same. Reportedly, the song is supposed to be shot in Hyderabad on a 5-day schedule to not avert clash. But let’s see if K.G. F: Chapter 2 is moving on from 14th April 2022’s release.