Lightyear Banned in the Muslim World 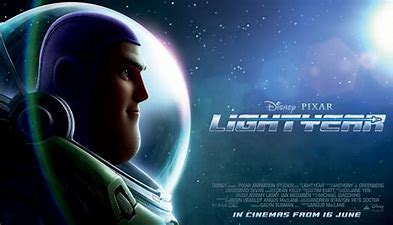 Lightyear Banned in the Muslim World

Lightyear is a highly anticipated film made by Disney and Pixar and set to be released worldwide very soon, but not in all nations. In particular, the Islamic world (which consists of 13 nations and some Palestinian territories) wishes to censor the film.

Lightyear is an origin story for a titular character in the Toy Story series: Buzz Lightyear. It shows the real-world origins of his exploits depicted through this animated film, all while he is voiced by Marvel Cinematic Universe alum Chris Evans. Despite this winning formula, the Muslim world is rejecting film because of a lesbian kiss between a primary character and her partner. This is sadly too much for the community and is already being censored before the release of the film.

Disney is concerned with this censorship because it could lead to a drop in box office success. This is why, in the past and probably in the future, the mouse has changed certain aspects of films to suit the audiences of states like China and other more conservative areas. This does not mean that the corporation will alter the film just yet, but it's possible that it could happen after the release.

Perhaps, they could remove the scene from the media aimed at the Islamic states censoring it. This is highly believable because they have done so in the past, for they have tampered with certain translations to better convey a ‘safe message’. Or, they could edit the scene after releasing it in the media to make the partner look more ‘appropriate’ for their traditional audience. Worst case scenario, they could just decide to remove the scene completely and never display the act of love on the screens of the Muslim World.

Regardless, the real people affected will be the creators and the views of this film, for they are being unfairly persecuted. For instance, the creators who wished to display non-normative love are being censored and their work is being harmed for no decent reason. This is cruel to them and only inspires more fear in other creators that wish to display their creativity in ways deemed unshowable to those more traditional and conservative. On the other hand, the audience being censored is also harmed because they are not allowed something very important: information. Not allowing others to see it is withholding knowledge from them and robbing them of experiences they should be allowed to have. For example, there could be a lesbian in those areas that never got to see her orientation on display, so she always sees herself as being odd or different. When in reality it’s happening all over the world, with millions of people sharing her desires and identity.

It might not be known right now whether or not the film will be modified for the Islamic world, but knowing Disney it is entirely possible. However, censorship is a tragedy for all those affected by it, but hopefully, the situation will be satisfactorily solved.