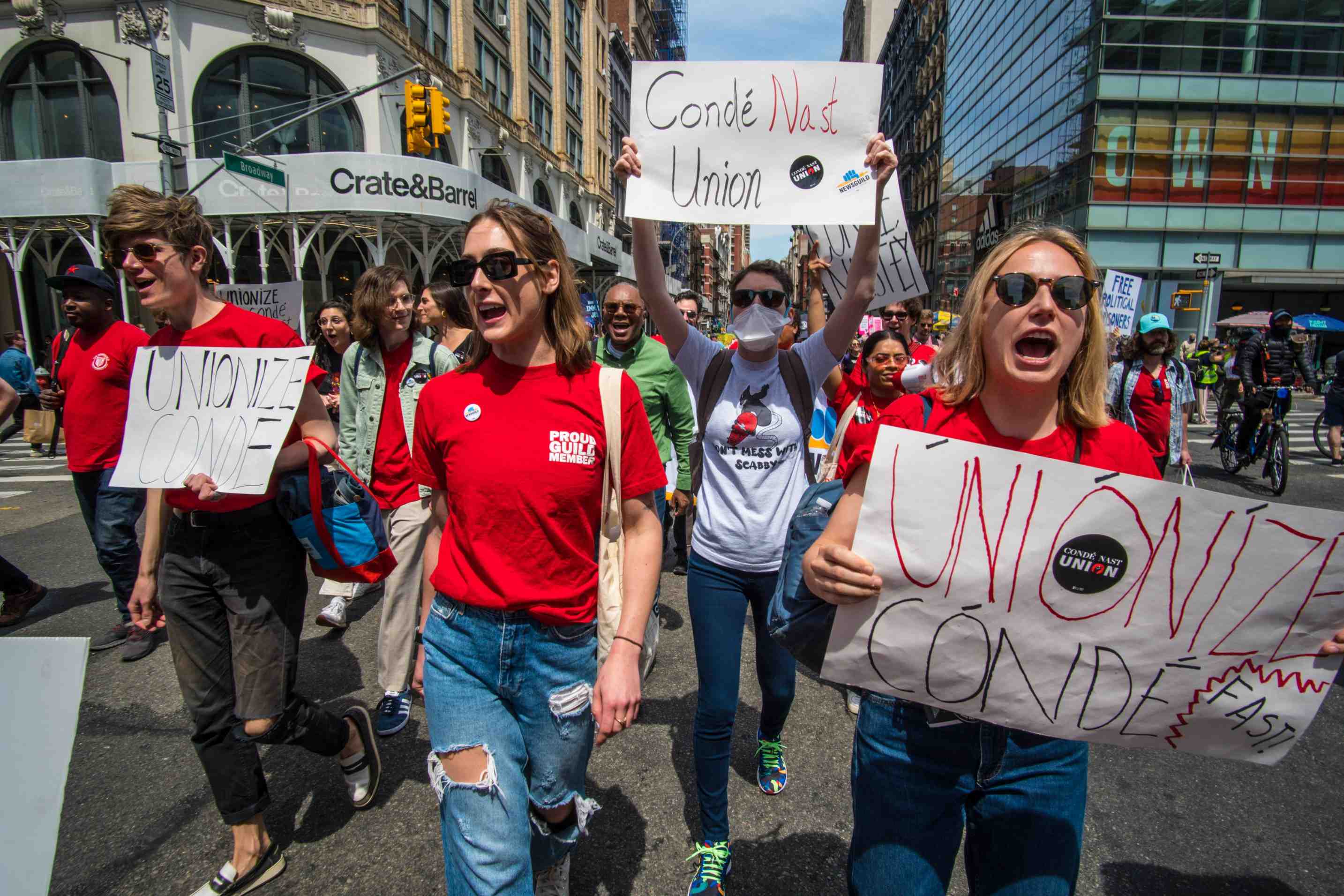 Fashion media workers in New York have stepped up and protested unfair working conditions on the eve of Met Gala.

Workers from Condé Nast, a media giant in the fashion industry, joined to form a union to raise awareness of staff being underpaid and overworking to the public. The union includes more than 500 freelancers, assistants, and producers from some of the biggest fashion publications, such as Vogue, Vanity Fairs and Glamour. The Union has partnered up with the NewsGuild of New York, an organisation formed by media workers to ensure press freedom.

The union said: “Tonight, hundreds of our colleagues are putting on Met Gala 2022, one of the most glamorous nights of the year. But the Met Gala’s sparkle comes from our sweat.”

Members gathered to write an article about all their struggles and issues during the Met Gala, which they referred to as their “longest night”. It was published in Vogue magazine.

In the article, workers expressed they have worked around the clock with little pay behind the scenes to ensure a smooth rundown in such events. However, they didn’t receive overtime payment for working without proper breaks 24/7. Besides, they were not entitled to worker rights like healthcare benefits. Marginalised staff are also exposed to discriminations every day.

The Union added: “With events like the Met Gala, the Oscars, the Grammys, and more, the all-night news coverage and viral video moments come from somewhere—the computers of hard-working writers, video editors, and social media managers who have to stay up until the early hours to bring you content.”

New York City’s Comptroller Brad Lander and US representative Alexandria Ocasio-Cortez (AOC) have shown their support to the campaign. They had meetings with the union, acknowledging the importance of the workers’ fight for their rights. The union has also set up a petition to raise the awareness of the public.

The union was formed about a month ago, and Condé Nast still hasn't shown their recognition up until now, nor responded to the protest, though the company has been active on various social media platforms such as Instagram and Twitter.