Natasha Poonawalla steals the show at the 2022 Met Gala 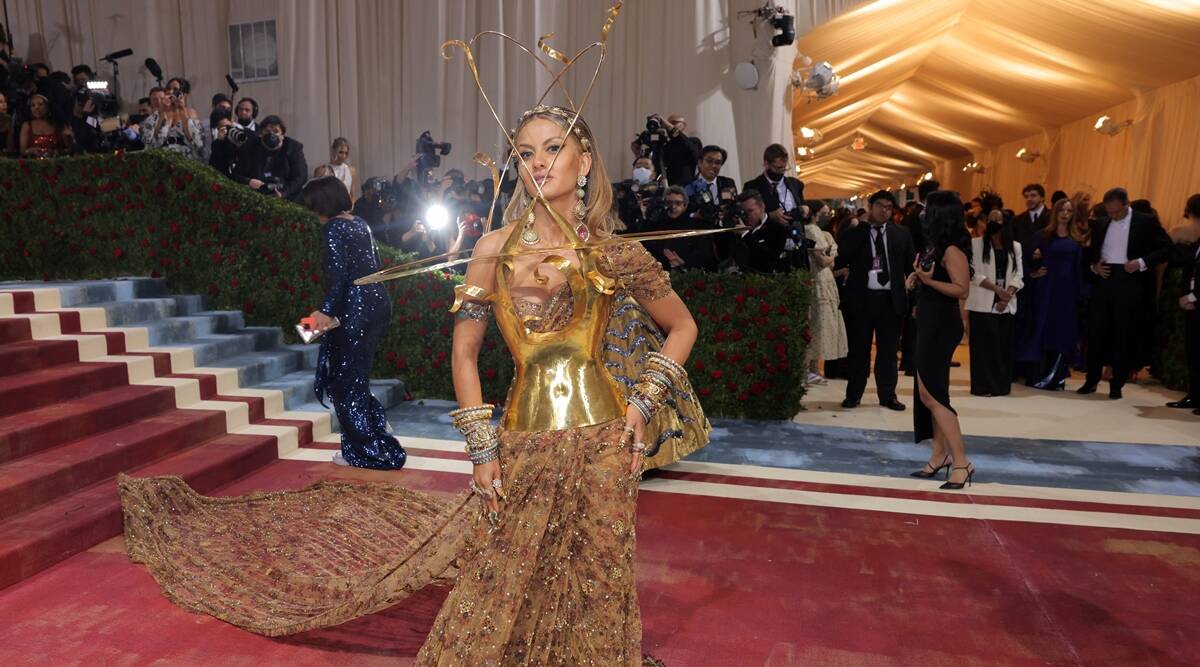 The executive director of the Serum Institute of India, Natasha Poonawalla, was the only Indian present at the Met Gala, which was held on May 2, 2022, in New York. Natasha’s outfit is stealing everyone’s hearts as she wore a gold-handcrafted printed tulle sari with silk floss thread, semi-precious crystals, and stones.

After being hit by the pandemic for the past two years, the Hollywood industry is back with its biggest event. Natasha’s costume is praised by many big Indian celebrities, such as Karishma Kapoor, Kareena Kapoor, Malaika Arora, and many others, by posting a story on their social media. The celebrities are definitely accomplishing their friendship goals as they have been spotted many times enjoying each other’s company.

Natasha’s jewellery has been picked up from Sabyasachi’s Curiosity Art and Antiquity project as the jewellery has been crafted by using traditional methods with vintage and precious stones. Every part of Natasha’s outfit had been handpicked, which is indeed elegant and remarkable.

According to Sabyasachi, “Natasha wanted her outfit to reflect the diversity and authenticity of our country because of which she wore a sari.” The theme of the Met Gala 2022 was “In America; the fashion of anthology or gilded glamour.” Natasha nailed the theme as her outfit was more geared towards gilded glamour.

The businesswoman was styled by celebrity stylist Anita Shroff Adajania. Everything was sensational, from her makeup in nude and gold to her nail design, bangles, and hairstyling.

The Met Gala evening was hosted by Blake Lively, Regina King, and Ryan Reynolds. Many big celebrities were present. Billie Eilish wore an upcycled green lace-trim dress from Gucci. VannesaHudgens, who is the Vogue Livestream co-host, also appeared wearing a black sheer lace gown with a long train, on which she commented (jokingly) “I’m practically naked”.

Kim Kardashian never fails to impress her fans as she made her first appearance with Pete Davidson. Kim wore a heavy fur white jacket on her shoulders with a golden glittering dress, whereas Pete opted for a subtle and classy look in a tuxedo.

Sabyasachi Mukherjee wrote on his Instagram that “For me, a sari is the most elegant outfit as it is purely unique and precious, which goes beyond any geographical boundaries. When I was a fashion student, I imagined the sari being worn at major global fashion events such as the Met Gala.”

Natasha Poonawalla attended the Met back then in 2019 for its “Camp” theme, where she wore a customised Dundas dress.