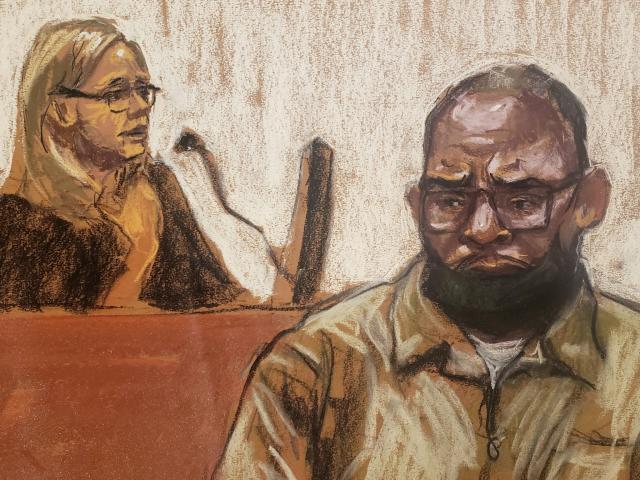 After having multiple sexual assault cases attached to his name, singer and producer R. Kelly was sentenced Wednesday to 30 years in prison.

The Grammy-winning, multiplatinum-selling songwriter was found guilty last year of racketeering and sex trafficking Black Women who originally weren’t given a voice because of the color of their skin.

Even though Kelly was adored by fans for his sultry voice and smooth R&B music, rumors regarding his attempts to get with younger women have been swirling for years. Many people turned their heads when it was announced that Kelly had secretly wed 15-year-old Aaliyah in 1994. The press uncovered a marriage certificate despite Kelly denying the act.

In 2019, the highly anticipated documentary series “Surviving R. Kelly” detailed the sexual abuse allegations against Kelly. In addition, many women bravely emerged from the shadows and told their stories to millions of viewers about their experiences with the singer, including his ex-wife Andrea Kelly. The documentary was so successful with 26 million viewers that Lifetime aired a sequel in 2020.

Kelly was found guilty of all the charges against him last year and was first indicted in July 2019. However, the trial was delayed multiple times due to the COVID-19 pandemic and he pleaded not guilty in 2020.

During his 2021 trial, Kelly was depicted by former live-in girlfriends and employees as a star who used his fame, wealth, and power to control and sexually abuse women. The Brooklyn federal jury found Kelly, 55, guilty of one count of racketeering and eight violations of the Mann Act, a law created to curb sex trafficking across state lines.

On Wednesday several women testified against him which ended up placing the singer behind bars.

One of the women, Lizzette Martinez, now 45, said she was a 17-year-old aspiring singer when she met Kelly at a Florida mall. Martinez appeared in the documentary and said that he promised to mentor, her but quickly ended up using her as a sex slave. Martinez said she is pleased with Kelly's sentence, but said it was not enough.

“I do not know how to put a price on all I’ve gone through,” she said. “I am now 45, a mother and I struggle with mental health.” She added, “Robert, you destroyed so many people’s lives.”

Kelly’s lawyer, Jennifer Bonjean, said he was not only “devastated” by the sentence, but saddened by what he had heard.

“He’s a human being. He feels what other people are feeling. But that doesn’t mean that he can accept responsibility in the way that the government would like him to and other people would like him to. Because he disagrees with the characterizations that have been made about him,” she said.

Is TikTok influencing our daily life?

Meet the new Indian barbie that reminds us why representation matters