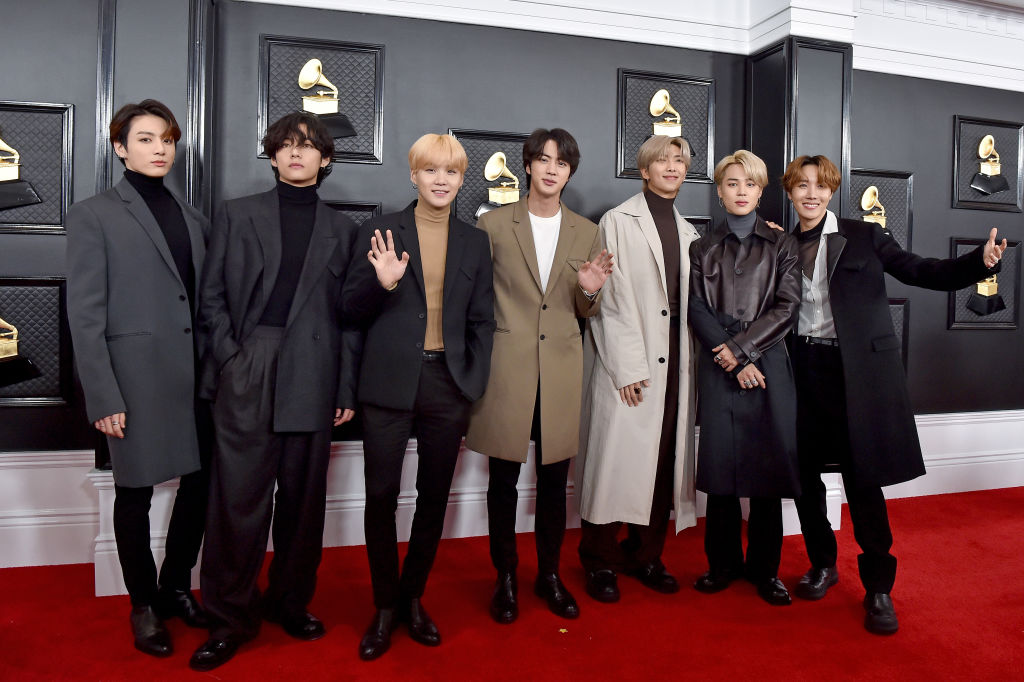 We tend to appreciate people who understand our problems, those problems that society thinks do not exist, those problems that our loved ones do not want to be addressed. BTS has never been shy about being vocal about these problems. Through their songs they won millions of hearts globally irrespective of geographical boundaries and language differences. Their songs have healed people where medicine failed. From a small entertainment company to the greatest boy band, the journey wasn't easy.

A brief introduction for those who have a vague idea about BTS. BTS aka Bangtan Sonyeondan is a South Korean boy band consisting of seven members. Kim Nam Joon aka RM, Kim Seok Jin aka Jin, Min Yoon Gi aka Suga, Jung Ho Seok aka J-Hope, Park Ji Min aka Jimin, Kim Tae Hyung aka V, Jeon Jung Kook aka Jungkook. In 2013 with the single album, 2 Cool 4 Skool BTS debuted in the industry, the music video got 25k likes in 24 hours. Their fans are known as ARMY ( Adorable Representative MC for Youth). Currently, they have 36.2 million followers on their Twitter account. 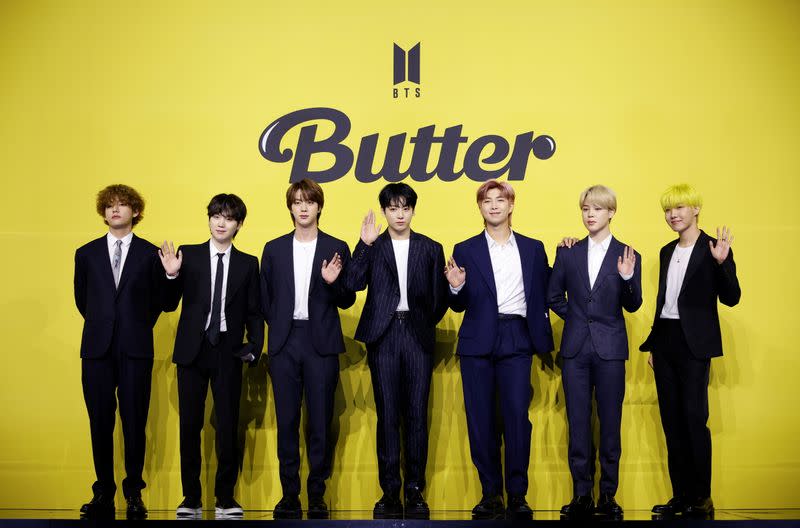 Their songs mainly address problems faced by young generations, unwanted criticism, and expectations from society. Unlike most k-pop groups, BTS does not sing about luxurious lifestyles & partying, they openly talk about socially relevant issues like LGBTQ rights, women's emancipation, and mental health. Talking about these things may seem normal in western countries, but in South Korea, there are standards like, " getting married, go to nice university woman," said RM. With a song like 21st Century Girls, they foster women's empowerment. They try to impress ARMY in a very unconventional way.

Tell me you’re my lady, tell them (tell them).

Whatever other people say, whatever this world tells you,

You’re the best to me just the way you are."

These lyrics inspire ARMY not to take orders from a society that doesn't accept them the way they are.

"Tell them that you’re strong

Whatever people may say, getting scared is not an option because women are strong.

They used to be the underdogs in the k-pop industry, fighting hard to reach the top of the charts. Not Today, an ode to the underdogs is one such song they wrote from their episode, of life. This song is so energetic and inspiring at the same time. It says -

" All the underdogs of the world

A day may come when we lose

But it is not today

It gives the urge to continue the fight against something you have been fighting for long and lost the hope of winning. They say giving up isn't an option. " If you can't fly, run ...if you can't run, walk ...if you can't walk, crawl, even if you have to crawl, gear up."

Mental health issues like anxiety, depression, and trauma are common among young generations. According to the World Health Organization, more than 264 million people globally suffer from depression, irrespective of age.  Every person has gone through a phase where they had self-doubts and struggled within themselves. RM's single from the WINGS album is all about his wish to be happy and able to love himself as a person. It is tough to be optimistic all the time.

In Reflection he says -

" People look happier than the day,

Everyone else knows where they are supposed to be,

But only I walk without purpose.

But still blending in with them is more comfortable."

Suga had been through mental trauma. His family wasn't happy about him choosing music as a career. His personal experiences with depression are revealed through his lyrics.

" The conflict with the ideal, my headaches.

Around the age of 18, I developed social anxiety.

Right, that was when my mind was gradually corrupted."

BTS gained popularity in South Korea and Japan with the 'school trilogy' consisting of albums 2 Cool 4 Skool, O!RUL8,2?, Skool Luv Affair. WINGS brought them international recognition, breaking k-pop records in Billboards 200, the American music chart. These were the starting days of breaking world records. In 2017 they dropped the first album of 'Love Yourself Trilogy', Love Yourself: Her. The music, and lyrics, were overpowered with hidden messages.

The same year BTS went to Billboards Music Awards and bagged the Top Social Artist award. They broke records set by other artists as well as by themselves. They are the only Korean artists to perform and receive awards in Billboards Music Awards. BTS gets nominated in Grammy and breaks records set by the Beatles. Their music sold out the Wembley Stadium that can hold 90000 people in just 90 minutes. In 2018 they delivered a motivating speech in the UN General Assembly. Currently, they manage 23 records in the Guinness Book of World Records. 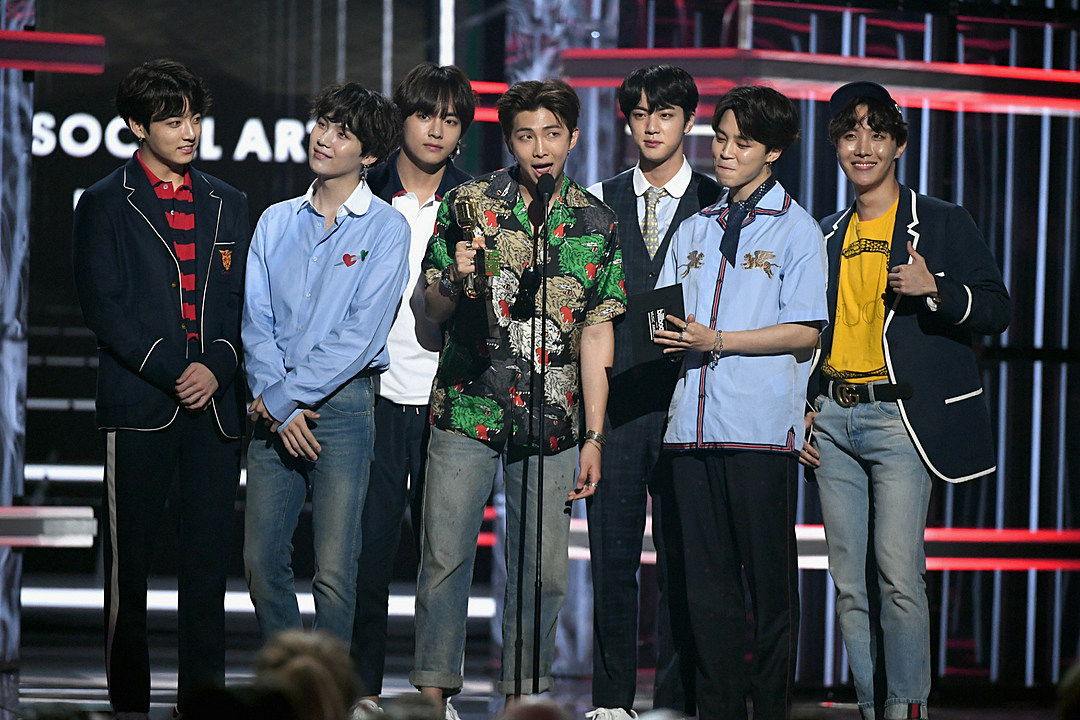 BTS is a lot more than a boy group with pretty faces, producing good music with deep hidden meanings. From the starting day, they have tried to reduce gender norms by flaunting winged eyeliner and wearing skirts in their music videos, empowering gender fluidity.

"We have a culture, where masculinity, is defined by emotions, and characteristics. I am not fond of these expressions", Suga said in an interview with Esquire. In a photo shoot for the same magazine, J-Hope flaunted high-heels. Surprisingly high heels were invented for cavalry. Love Yourself: Answer (ver. S) concept photos they all wore outfits, having ruffles and studded with gems. J-Hope wore a red satin blouse with ruffles, lace socks with the half skirt is not an outfit generally a man would wear in society. In Map of The Soul: Persona concept photos, Suga is seen wearing Gucci sneakers from a women's collection. Not only in albums but, they wear clothes from women's lines in daily life.

Pink is stereotypically considered a color for girls. So what? The album Map of The Soul: Persona and outfit in Boy With Luv are all about different shades of pink, from rose pink to bubblegum pink. Even Jimin dyed his hair pink for the album. Until Jungkook and Jimin wore leather corsets for the concept photos of Map of The Soul:7, I did not know that a man wearing a corset can be as appealing as a woman wearing it. They were seen wearing the same matching corsets in the Black Swan MV. 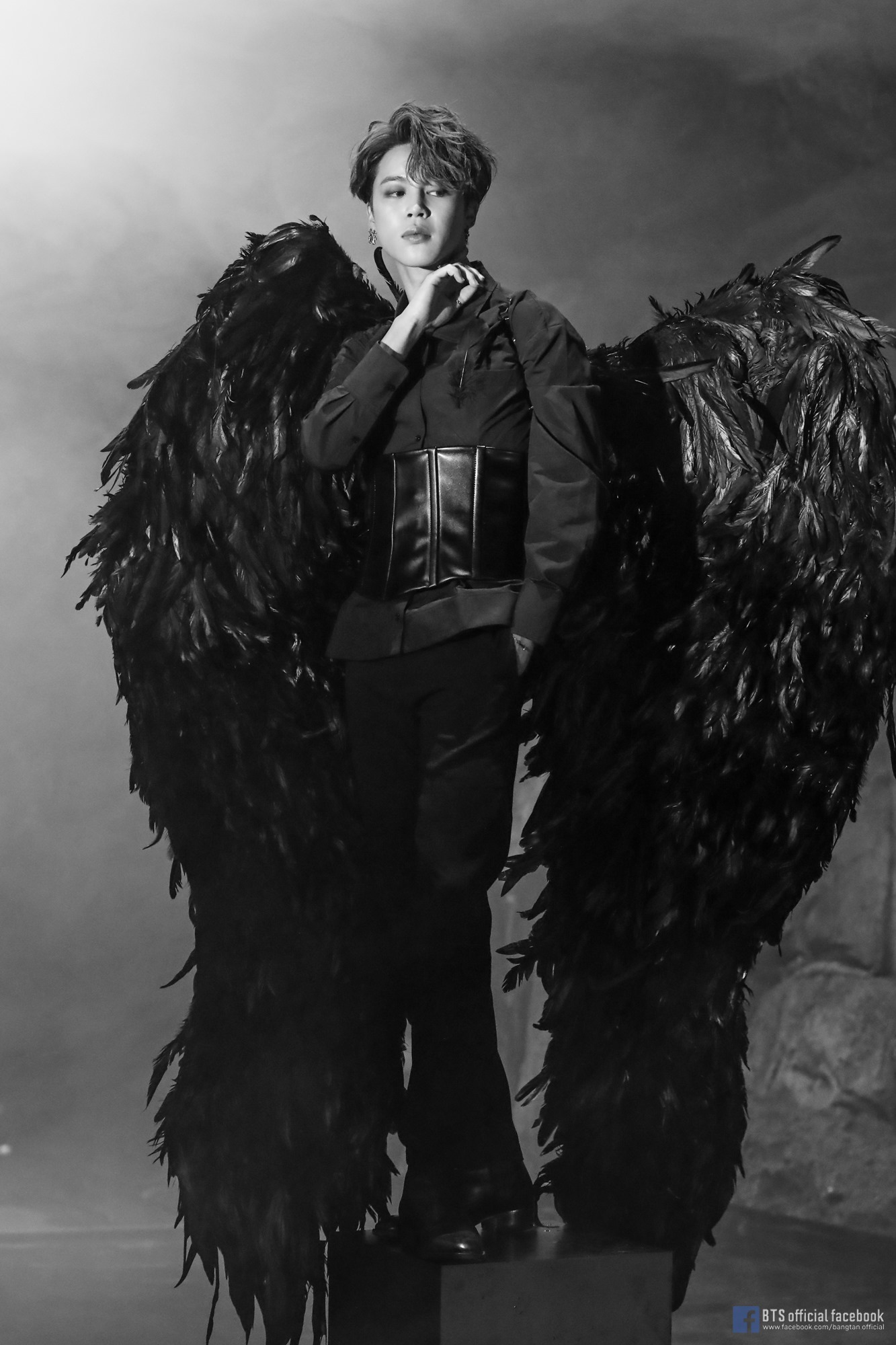 Concept photos from Map of the Soul:7 (Jimin and Jungkook)

They are also vocal about LGBTQ rights and openly support them. RM tweeted about his love for "Same Love" by Macklemore and Ryan Lewis. " This is a song about homosexuality. This song is twice good when I listen to the lyrics, " he said in his tweet. In 2018 RM tweeted recommending "Strawberries and Cigarettes" by Troye Sivan, an openly gay musician. These small gestures mean a lot to ARMY's as in many countries including, South Korea same-sex relationship is not legal yet. In the present pandemic situation, their music focuses on the brighter side, keeping aside the grave issues of society. The recent English single Butter will surely melt your heart into two.