The Best Producer You Never Heard... 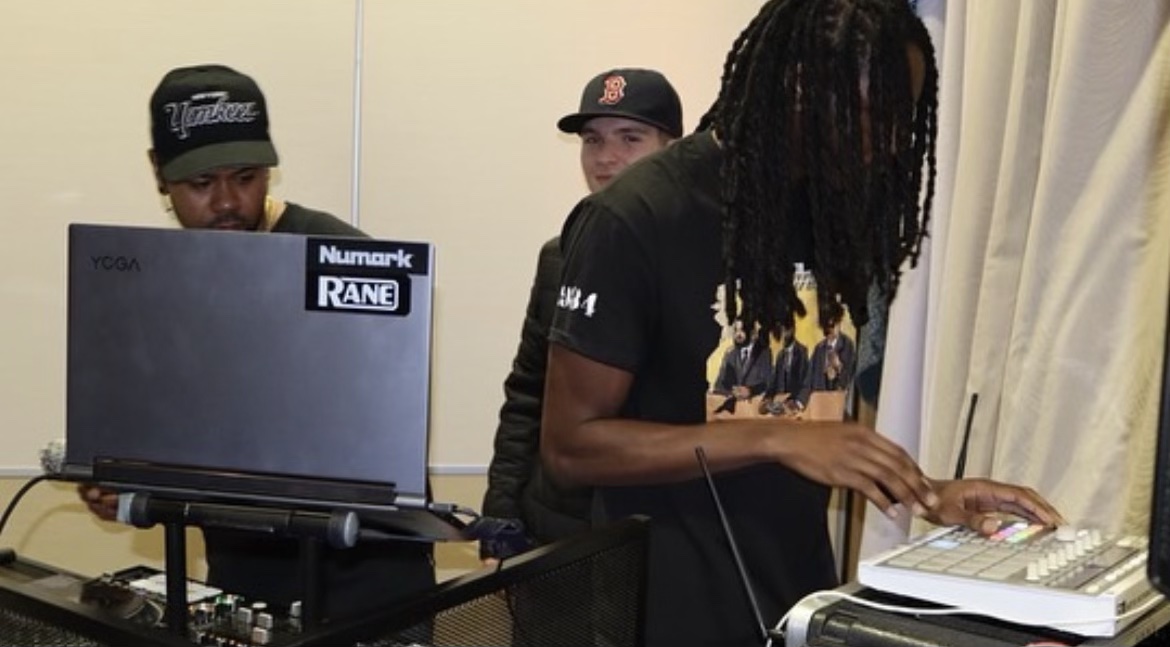 Within two years of releasing his first full length compilation project, Hidden Gems, producer ‎Jamar Johnson’s distinctive luxurious sound has the underground rap scene in a frenzy –wondering who he is.

The producer was born in Haverhill, MA, raised in Lynn where music has always been of interest to him, but it wasn’t until the 2020 quarantine lock-down that he geared towards producing his own beats. On October 16, 2020 he released his first collaboration project, ‎5.YL, with author and rapper, Premo The Great. whom he hadn’t seen for 5 years, –hence the name of the project (5 Years Later).“This album made me realize that this was real… And that came from the positive feedback I received across social media platforms…it made me realize that I had real talent.” Jamar explains in an interview. Soon after ‎5.YL  was released he began his beat tape series called ‎Leisure Activity: An Instrumental Series 1-4. He describes his beat making process as “too easy.” He finds his sample, uploads the sounds onto Maschine and allows his creativity to flow through the rest of the process. Jamar has produced over 15 projects within two years of his producing career; Six beat tapes ( The Sixth Sense,7, and Leisure Activity 1-4), three compilation projects (Hidden Gems, Diamonds, and The Soulful Sinners), five singles, and collaborations with various artist like ‎Teathetruth, ‎Lunatic, and Day Andrade. Jamar’s sound is as he describes it to be “like fine Wine.” Not everyone can keep up with the flow, not everyone gets it, and certainly not everyone likes it, but that’s where the luxury hides and the ones who are passionate get to experience it. The soulful hymns pattern throughout his beats complements his soft spoken character, but his sample selection continuously proves that he’s also able to add a  grimy feeling to his beats without using drums.

Record sampling has brought him some of his favorite sounds that he’s ever created. He expresses record digging to be one of his stress relieving activities. Picking out records with attractive artwork, records between the year ‘73-’77, children books, play and movie soundtrack records are all assets to his luxurious sound; and as he emphasized “Always check the international section. Never forget to check the international section.”

His inspirations include Imperativ, a producer based in Canada who was described as a mentor to Jamar –“He’s someone who gave me a lot of tips on how to navigate the producing game.” Ayo Shamir, 9th Wonder, Conductor Williams, and “Alchemist is in there for sure.” His –bickering –Joker laugh producer tagline brings light to his confidence as a producer. “My ear makes me special when it comes to this production thing.” He explains how the techniques and tactics he learned over time introduce him to distinctive methods that keep listeners hooked on a loop. “I’m the greatest producer you have never heard.” His catalog includes features from huge artists like Ransom and Estee Nack while receiving validation from many more. Jamar Johnson’s production road is only getting brighter as there is so much improvement between his first few projects and his most recent project, The Darkest Days,  in collaboration with Rhode Island rapper/producer Day Andrade. “He’s honestly one of my favorite people to work with.”  They’ve collaborated two times before on The Big Three with Teathetruth, and Another Day, but came together again to give us another masterpiece.

It has not been too long since Jamar Johnson discovered his passion for producing yet he’s already a problem in the game. It’s evidently raw talent that we are witnessing unfold from him and he’s not here to play.