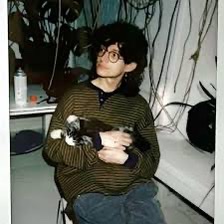 Better known as Cavetown, Robin Skinner has carved a sphere for himself within the music industry.

Cavetown’s music was never meant for people but rather for himself to deal with problems in his life. Yet, ironically, it is this very sentiment that, when translated into his music, struck a chord in millions of fans worldwide.

Cavetown’s beauty lies in the simplicity of his music. His lyricism uses mundane yet quirky imagery and often references nature, relating to animals in his lyrics or the sky with tracks such as ‘Pigeon,’ “I Want To Meet Ur Dog,’ and ‘Big Bowl In The Sky.’

Skinner took special care to ensure none of his music sounded ‘perfect’ and kept a raw sound. According to him, a song does not need to say perfect to be good. He essentially embodied what bedroom pop means, to be self-produced and to make the mundane relatable.

Besides, Skinner quite literally started from his bedroom, forging a career online posting vocal covers of his favorite artists such as 21 Pilots, Joji, and Pinegrove on Youtube. This led him to attempt producing his tracks, and he released his first song, ‘Haunted Lullaby,’ followed by a full album titled ‘Gd Vibes’ at the age of sixteen, which according to critics, had an ‘Endearing naivety’ to it and was ‘emotionally resonant.

It is Cavetown’s lyricism, his simplicity, and his relatability that endears him to his fanbase. Conversation with fellow Cavetown fans echoed this sentiment: “ ‘Talk to Me’ starts with the words ‘You don’t have to be a hero to save the world’...it’s a very moving image. Yet, amid the lockdown, school ending, beginning university, and all the other big changes in life, Cavetown remained constant. Finally, Cavetown seemed to get it”.

‘Talk To me’ is one of Cavetown’s most emotional and beloved tracks. The refrain ‘That’s alright, let it out, talk to me is the word of comfort from Skinner himself. Accompanied by the slow ukelele chords and mellow beat, it has admittedly been present on one too many long nights of deadlines and projects and essays.

Cavetown also has a special place in the hearts of the queer community. Numerous songs of his deal with themes of queer love and gender dysphoria. Cavetown himself is a trans artist, and earlier tracks during his transitioning years tell us about his journey and how he seemed to cope before it.

One of Cavetown’s earlier self-produced tracks titled ‘Dysphoric’ contains the lyrics ‘Because what I am is what I’m not', a simple yet gutting lyric, conveying what millions of genderqueer people worldwide feel. He describes his body as a ‘phantom skin,’ reiterating the sentiment.

In more recent tracks, such as ‘Home,’ Cavetown is more comfortable in his identity and who he is; the track seems to speak for his fans and the millions of queer people who share his experience: “I’ll cut my hair…I’ll hide my chest…He doesn’t know who he is yet”.

Many queer people often feel their lives are a mistake, their identities are confusing, and they are even a ‘trend.’ Cavetown smashes those archetypes. He validates our loneliness, anxiety, and confusion. He tells us it is okay if we don’t have it all figured out, which many of us do not.

Skinner admits he and his fans could be grouped into what he calls the ‘2 am Overthinkers Club’. Yet, the experience of being a part of this fandom could not be more comforting and validating.

Cavetown embarks on his 2022 tour from the 19th of August.