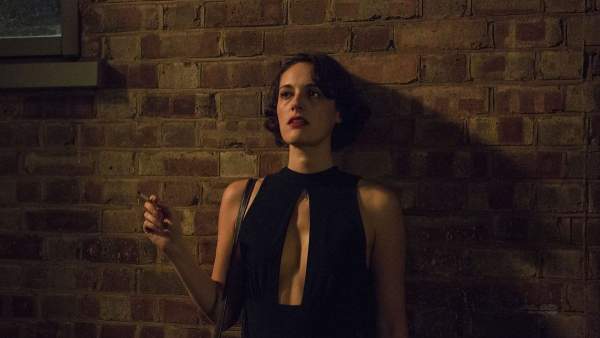 The self-destructive era of villains is becoming increasingly unopposed by exhausted women. We recognize this nonchalant, jaded woman as a clear-skinned, slim woman with nicotine addiction and a taste for red wine in the face of every minor inconvenience. With the growth of media consumption, young women have sought refuge in this social glamourization of nihilism, progressively seeming more applicable and popularised. Phoebe Waller-Bridge’s award-winning TV Series ‘Fleabag’ is a perfect example of solidifying the loneliness and infirmity in womanhood, which in turn has comforted women with the idea of leading masochistic lives rather than the show’s objective of highlighting the struggle of femininity and the process of navigating it in a patriarchal society.

Women in their early to mid-twenties are posed with casual existentialism, questions which run through the minds of most people: Who am I? What do I want from life? Am I the problem? Though being a woman bears twice the weight, leaving little space to explore these ideas of the self, knowing that one must fight with both societal definitions of femininity and one’s gender exploration leaves them crippled with nothing more than existential dread and a poorly constructed sense of self-worth. In this period of information overload, there is little guidance or visible options of aiding the construction of self as we succumb to the rapid movement of microtrends and consumerism; women have turned to essentialism in their outward appearance as a means of escaping the inherently inescapable male gaze.

Knowing this has deepened the dread and ambiguity of womanhood: that a woman’s value lies far more profound than her outward appearance. Yet, she continues to hyper-fixate upon this as a means of avoiding true self-discovery. Guy Debord contextualizes this idea in “The Society of the Spectacle,” expressing that ‘the spectacle’s estrangement from the acting subject is expressed by the fact that the individual’s gestures are no longer his own; they are the gestures of someone else who represents them to  (1967). A woman, then, pertains to this idea of imperfect perfectionism, consuming in glamourizing oneself as a means of embracing their femininity to avoid the inner turmoil of womanhood. Deeply reflecting the concept of ‘dissociative feminism,’ a term coined by Emmeline Clein in 2019, this image of a profoundly imperfect woman with an innate flair of elegance and running mascara is a woman who has reached a point of inner sadness and nihilism while upholding her feminine beauty.

It is seemingly contradictory. The dissociated feminist must be self-loathing, chronically depressed, and dangerously self-aware to allow this lifestyle of self-destruction. She is a woman of intelligence, well-read, and in possession of leftist social beliefs. However, she is, by definition, too completely and utterly exhausted to follow through with any action for her self-improvement. This fatalist lifestyle of self-destruction is a rising issue; young women are becoming naïve to the truly detrimental effects of dissociative feminism. With excessive media consumption accessible to a younger demographic, this tainted idea of feminism can only cause more harm than good.

The space for dejection only increases as popular media actualizes the difficulty of understanding womanhood, leaving the truth too harsh to accept. Instead, women are finding an empty solace in enacting self-destructive behaviors and glamourizing them through a façade of bold red lips, dangerously derailing young women’s aspirations of ambition and self-esteem before they are given a chance to taste it for themselves. Yielding to their internalized and learned misogyny is more detrimental and lonelier than the empty coping mechanisms named harmful will ever be. The newly romanticized ‘villain era’ is seductive and unsustainable, creating a welcoming space for self-imposed misogyny in addition to the daily sexism faced in the trial of womanhood. Though it may feel and look theatrical, there is no more significant detriment of the heart than a woman with smudged mascara.