The Friends Actor James Michal Tayler Died At Age Of 59 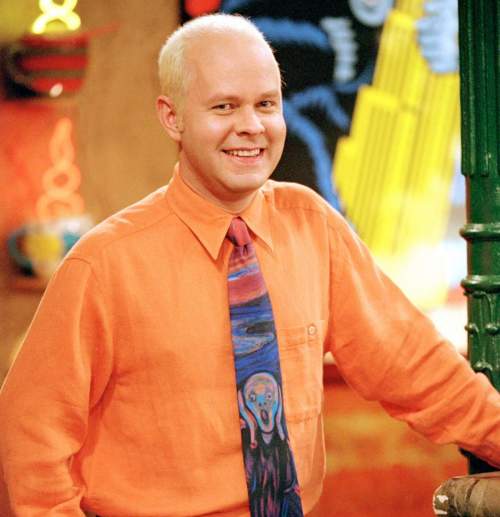 James Michal Tyler, one of the most frequently recurring guest stars on the NBC sitcom Friends, passed away on October 24th.

He was having chemotherapy after being diagnosed with stage four prostate cancer. However, he didn't mention his illness to the public until June 2021, shortly after the release of Friends: The Reunion.

He was best recognised for his role as Gunther in the television series "Friends." He's the manager of Central Perk, which is where the six main characters spend most of their free time. His hair was characterized as "as radiant as the sun." In season 3, Gunther started to have an unrequited love for Rachel Green, played by Jennifer Aniston in Friends. He dreamt about marrying her and told Joey that one of the pleasures of his profession was that he could stare at her all day. When he learns that she is heading to Paris in the series finale, he musters the guts to confess his love. He became an unforgettable character with his quirky dialogue and funny expressions.

Many came to show their gratitude to Tyler, including "friends" co-stars.

"The show would not have been the same without you," Jennifer Aniston, who played Rachel on the show, stated. Thank you for making the show and our lives more enjoyable. " "You'll be missed tremendously."

Courtney Cox, who portrayed Monica on the sitcom, remarked, "The magnitude of the thankfulness you brought into the room and displayed every day on work is the measure of the gratitude I hold for having known you."

"James Michael Tyler, we will miss you," Lisa Kudrow, who portrayed Phoebe on the sitcom, said. "Thank you for being there for us all the time," she added.

Meanwhile, Matt LeBlanc stated that "We had a lot of laughs buddy," LeBlanc posted. "You will be missed. RIP my friend. "

James Michael Tyler was youngest of all the five children, born on May 28, 1962, in Mississippi. Tyler relocated to South Carolina, to live with his elder sister when his parents died. He finished his schooling at T.L. Hanna High School in 1980. Later, he earned a two-year degree from Anderson College (now Anderson University) in 1982 and a geology degree from Clemson University in 1984. During his stay at Clemson, he was also a member of a student theatre group. That is where he experienced his interest in becoming an actor.

In 1988, he became a production assistant on the film Fat Man and Little Boy. In 1992, he debuted as an actor in the short film Roommate. From 1994 to 2004, Tyler had a long, successful career as Gunther in "Friends." He made 148 appearances in his friends' 236 episodes. To mark Friends' 15th anniversary, Tyler opened a brief Central Perk pop-up in London in 2009. In the honour of Friends' 20th anniversary, he made appearances at a Central Perk replica in SoHo.

"Friends" is still regarded as one of the world's most popular sitcoms. Even though it ended in 2005, it still lives on in people. The signature which he created in the show will remain forever.

On Communication, Or The Lack Thereof