The History of Cannes 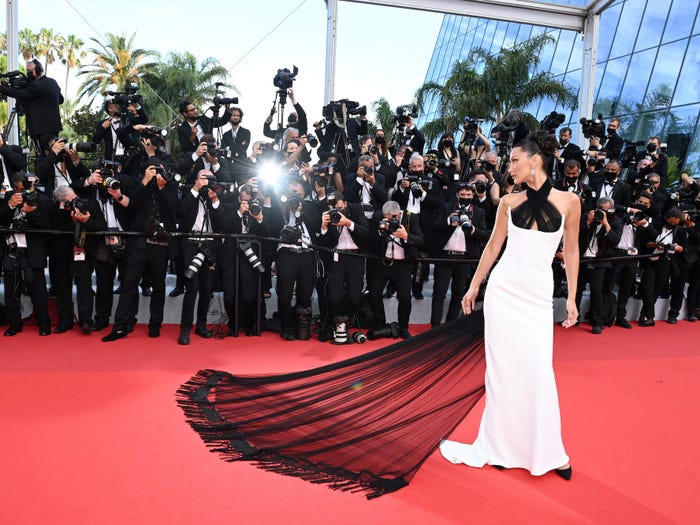 The France of yesterday was a place where the peasant workers revolted and gave meaning to the words of liberty, equality, and fraternity. The France of today is a land meant for romance. Paris especially draws people who wish to make fond romantic memories. Cannes is another place where romance is found. But it is not the one that brought Raj and Simran together in Dilwale Dulhania Le Jayenge. It is the one that draws the lovers of cinema every year to watch the best of the craft of filmmaking.

The Cannes Film Festival is held on the French Rivera in Cannes each year. The Film Festival had stumbled beginnings. The reason why the festival came into being was another film festival. The Venice Film Festival which began in 1932 is also an annual event held in Venice. But this soon became the foreground for propaganda films backed by Hitler and Mussolini. France was unhappy about this and decided to have its film festival devoid of propaganda by the Fascist leaders. The French announced the film festival in June 1939. It began on 1st September 1939, but only one film could be screened. Hitler invaded Poland on the very same day, starting the Second World War.

The festival was held properly after the Second World War ended in 1946. It began on September 20. The festival had films from 18 countries. Out of the films that were screened, nine were honored with the Grand Prix du Festival award. This award wasn’t selective and multiple films could win it. Later in 1955, the Palme d’Or was introduced as the best film. Palme d’Or has often been a predictor of who will win the Oscar. Films like Marty (1955), Ulp Fiction (1994), Armour (2012), and Parasite (2019) are some of them. But only two films (Marty and Parasite) won Best Picture in the Oscars after winning a Palme d’Or at Cannes.

The film festival was canceled many times. In 1948 and 1952 it was canceled due to lack of bud. In 2020, it was canceled because of the pandemic. Regardless, every year there are about 30,000 lovers of film that arrive at Cannes in May. This time due to the pandemic, the festival is held in July. It began on 6th July and will go on till the 17th of July.

Cannes is known for its red carpet. Celebrities walk the carpet as many cameras focus on them. Then, they pose. All celebrities have their red carpet looks being scrutinized by the paparazzi and the so-called “fashion police.”

Every year, each dress worn is categorized into either “best dressed” or “worst dressed”. It depends on one not only wearing the dress but also on how they accessorise it and the makeup that they pair it with. Some recent examples of best dressed are Blake Lively in 2014, Charlize Theron in 2016, Aishwarya Rai Bachchan in 2017, and Deepika Padukone in 2018. Some examples of “worst dressed” are Emily Ratajowski in 2017 and Victoria Beckham who was wearing a jumpsuit from her fashion line in 2016.

This is something that developed in the 1950s. The norm has always been tuxedos for men and long dresses with heels for women. But in the 50s itself, stalwarts like Pablo Picasso and Henry Miller have defied the norm.

These celebrities are called “fashion rebels.” They go against the dress code on purpose. It is either done to get people talking or because the celebrity has always been a rebel at heart. Madonna wore an elegant pink robe in 1991. But as she walked up the steps, she stripped it to reveal a coned bra and a bustier. Celebrities also go against the dress code because they think it ridiculous to have women wear uncomfortable heels. Kisten Stewart famously removed her heels on the red carpet back in 2018.

Cannes has also had its share of controversies. In 2017, organizers of Cannes made it clear that they will only screen films that are screened in the theatres of France. The films made by Netflix are never actually screened anywhere. They are directly shown on the Netflix site or app. But Netflix still demanded that their films be screened in Cannes. That started a tussle between the organizers of Cannes and Netflix.

Another rule states that there should be a gap of 36 months between the theatrical release of a film and the release of the said film on a streaming platform. Netflix and Amazon Prime, as well as other streaming platforms put up films released in theatres much earlier. This makes the pool of films that are screened in Cannes much smaller.

This is ironic considering the overall impact Netflix has in France and in fact, in Europe. French Netflix show has been investing heavily in French and other European shows. Some of the people who are on the Cannes jury, like Spike Lee, have films produced by Netflix.

Cannes has also been criticized for keeping glamour and spectacle over the art of film. This is especially ironic considering that the festival is seen as a celebration of filmmaking as part of French culture. One such criticism came from acclaimed director François Truffaut in 1959. He was then banned from the festival altogether

Another criticism is that Cannes mainly focuses on women and what the women are wearing. For example, every year Mallika Sherawat arrives at the festival and she gets the attention of the cameras. But there is no purpose for her being there. No film of hers is screened, and neither is she the brand ambassador of a product that is sponsoring the festival. Meanwhile, directors who have films being screened are not under the spotlight of the cameras.

But all said and done, Cannes is the most famous and elaborate festival that is looked forward to every year. In 1998 when Salaam Bombay by Mira Nair won Camera d’Or, it made everyone in India proud. In 2002 when Aishwarya Rai Bachchan walked the red carpet of Cannes for the first time, the eyes of all Indians were on her. It was considered to be a matter of prestige that someone from India is walking the carpet.

Since then we have come a long way. Many a film made by Indian directors like Nandita Das and Nitin Kakkar has been screened and appreciated. This year Indian film Invisible Demons directed by Rahul Jain is being screened. Film festivals like Cannes are important to know and appreciate films that bring to the fore the very essence of what it means to live and to feel. And for that, the festival continues to be an important event every year.