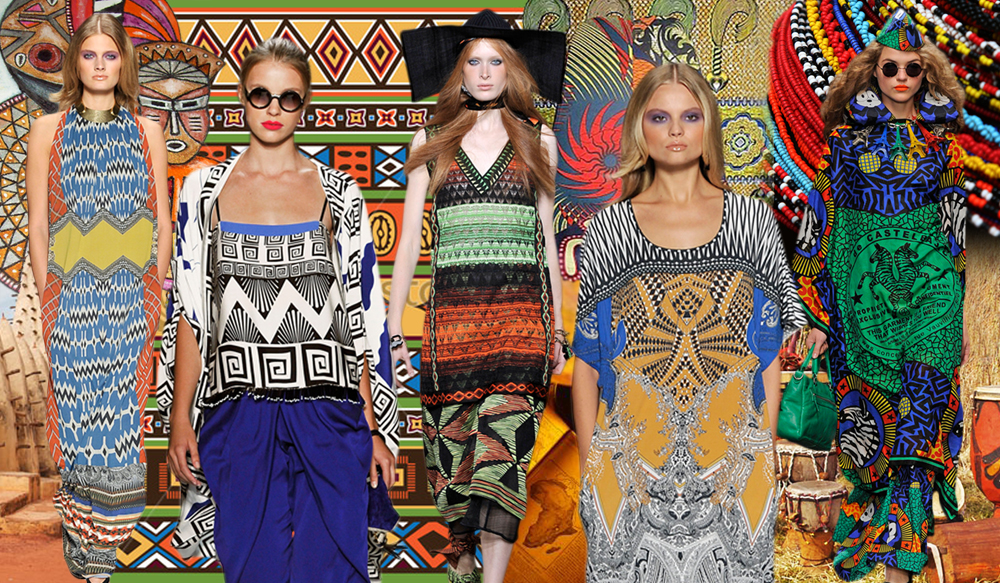 The influence of African culture on western fashion has been reflected in various Western fashion trends. Africans adopted the philosophy of European style introduced during the colonial period and merged it with their own culture, incorporating African fashion into the contemporary western design. The impact of colonisation in many African nations enforced the adoption of western style in African culture, resulting in modifications in fashion designs that have been included in the collections of contemporary western fashion designers.

In the past, African fashion was constrained by conventional concepts of style, stifling innovation and self-expression through fashion. However, as a result of the influence of colonisation in Africa, African fashion has evolved into a modern amalgamation of traditional cultural identities inside Africa and traditional styles from many other nations. The fashion revolution in Africa has opened the path for cultural and societal change, influencing a global shift in fashion standards.

African designers pioneered the fusion of African culture and western fashion by deconstructing western fashion styles and incorporating them into African fashion. Many people have adopted these styles, constructed from African fabrics such as Shweshwe, Kente and Ankara. Western clothing is presently exported worldwide, dominating the contemporary fashion trend for women. This encompasses the fashion styles of the everyday woman, the rich, and the elegant.

In addition, particular designers expressed their preference for African culture, which was referenced in their collection. Yves Saint Laurent is an example of a designer whose designs were influenced by African culture. Born in French Algeria, North Africa, Yves Saint Laurent's passion for authentic style designs in his work widened to include seeking inspiration in the exotic realm. He travelled frequently during his career to investigate the flora and fauna of many regions. He demonstrated "a penchant for the exotic " His 1977 series of designs incorporated Indian, Spanish, and Chinese themes. However, he had a strong preference for African motifs.

In his Spring-Summer 1967 collection , he demonstrated his continued admiration for African fashion. His collection consisted of several delicate gowns made from materials such as wooden beads, raffia, straw, and golden thread.Yves Saint Laurent's incorporation of African styles into Western haute couture was a symbolic reintroduction of artisanal techniques during an era dominated by industrial manufacturing. The most notable outfit drew homage to the Bambara sculptures created by the same-named culture in Mali. The women depicted in their statues have lengthy bodies and pointed breasts.

Pablo Picasso attempted a culturally exotic foray in his work by alluding to an African depiction. Picasso's painting style between 1906 and 1909 was inspired by ancient Egyptian art and traditional African masks.His masterpiece, Les Demoiselles d'Avignon, was heavily influenced by African art, demonstrating the unique connection between African culture and contemporary art. Picasso's ingenuity in creating his masterpiece resulted from his incorporation of the similarity in traditional African masks, as the mask from the Dan and Fang ethnic groups, which is cited in his masterpiece, symbolises the primitive role of African totem art in his work.

Moreover, western fashion exploits African culture as a source of inspiration for its designs to provide the latest fashion trends to the industry. Numerous designers conduct extensive research into their source of inspiration for it to serve as a recurring motif in their work. However, this behaviour becomes discriminatory when retailers fail to acknowledge the source of this influence.

The designer Alexander McQueen was criticised on social media after his fashion brand displayed a £4,895 jacket that resembled the Ethiopian and Eritrean Kaba. The horn of the Africa-dwelling Habesha community wears its traditional cape during festivities. McQueen's omission to mention the source elicited tremendous outrage.

Valentino's 2016 Spring advertising campaign intended to pay tribute to the tens of thousands of refugees who risked and lost their lives crossing the Mediterranean Sea to reach Italy. In an effort to promote tolerance for migrants, the fashion house intended to spread the idea that “every person coming here is an individual, and we can show that we can improve ourselves by understanding other cultures.” Unfortunately, this message was lost due to displeasure with the cultural appropriation-perceived use of European models with cornrows. In response, genuine Maasai people from Kenya were photographed for the advertisement campaign.

Another instance of cultural appropriation occurred when Louis Vuitton referenced the Ghana-must-go bag in its collection and added its signature to the original design, selling it for $300. The history of the Ghana-must-go bag dates back to 1983, when Alhaji Shehu Shagari, the president of Nigeria, abruptly ordered all foreigners to leave the country. Ghanaians made up the majority of the immigrant population. They were given a few weeks to leave for Ghana, so they had to pack their enormous chequered bags as quickly as possible and travel to the Seme border, which led to Ghana. In contrast to Louis Vuitton's collection, Celine's Autumn 2013 collection paid tribute to the versatile bag in various ways.

The waist beads x ASOS collection caused outrage in the community because ASOS charged £65 for a single strand of waist beads. African women wear waist beads for a variety of reasons. In Uganda, waist beads are known as 'Butiti'; women can use them to either thrill their partners or control their waist size. Due to the inexpensive production and acquisition costs, the beads are readily available.

In conclusion, the influence of African culture has contributed significantly to the development of western fashion, as numerous designers and fashion styles have referenced African culture as a source of inspiration. However, cultural references become discriminatory when the history or background of the work reflected in western fashion is not acknowledged in their work

The Origins and Evolution Of Cornrows, And Their Significance To African Culture.