"The Kashmir Files" -Day-1 of the film 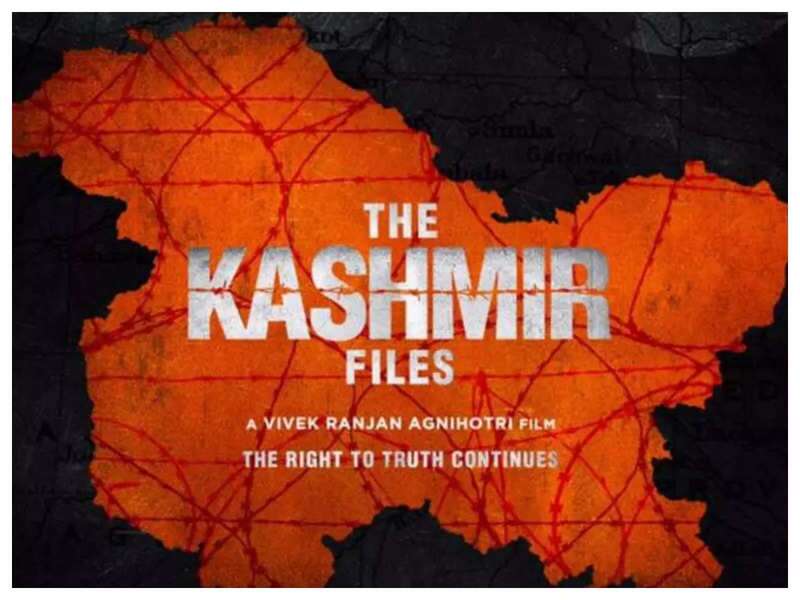 The Indian language film "The Kashmir Files" was released on March 11, 2022. The film was written and directed by Vivek Agnihotri. Agnihotri is a filmmaker who never fails to captivate us with the subject matter he chooses to present in front of the camera. He chooses the most relevant topics that are yet unknown to many people. Zee studio was in charge of the film's production. The departure of Kashmiri Pandits during the Kashmir Insurgency is the subject of the film. This film depicts the precise events that occurred in the early 1990s. The Kashmir Files, as expected, performed well on its first day at the box office, grossing 3 crores in India.

The film has been released on 600+ screens worldwide. The interesting part is that new screens are being added each hour. The film was released on 500+ screens in the morning and 100+ screens got added in the afternoon shows. With that trend rushing in, the figures were expected to be around 800 screens on the first day.

Characters in "The Kashmir Files" are nothing sort of ‘real people. The way the characters appeared on screen makes you feel their pain while leaving a lump in your throat. The character, Pushkar Nath, played by Anupam Kher, received his strongest and most convincing performance. Kher himself is a Kashmiri Pandit. This helped Agnihotri to have the perfect cast for that role.

In an interview, Anupam Kher who plays the role of a pandit in the movie expressed his feeling about how it felt while playing the role of pandit when he is a pandit. The role he played is of a very normal person but the emotion he portrays through it is very important. On witnessing his role, it doesn't feel like a movie, it's more like the film is representing something really important. He also said that it was very difficult to play the role. He expressed that he couldn’t separate the real-life Anupam and actor Anupam, i.e., real emotion and reel emotion.

Darshan Kumar who plays the role of Krishna pandit shared his emotions and said "I remember my first meeting with Pahlavi ma'am. She showed me some video of Kashmir and I was named that time and later when I met Vivek Agnihotri Sir, he gave me the script of the film to read and while reading I could feel the pain of the people of Kashmir and whatever happen to them. I started to imagine the incident and I lost my words. Even after finishing my film, it took me two to four weeks to overcome the character. I couldn't even sleep at night. I am glad to act in this movie". He also expressed that the film is more of a real story than a movie.

However, the film director received lots of critical comments after releasing the trailer of the movie. He even deactivated his Twitter account because he received lots of heated threats towards his family and himself.

"The Kashmir Files'' faced certain roadblocks even before its release. Shalini Khanna, the wife of Squadron Leader Ravi Khanna claimed that the film depicted her husband in the wrong manner. On March 4, the film released its special premiere, and Shalin, I watched the film at the premiere. She asserted that she had expressed her issue with the film right after the premiere while talking on the stage. However, she said that the makers did not pay any heed to her objection. Shalini took the legal route as the makers did not revert. As its result a court order was issued which reads as “Suit for mandatory injunction directing the defendants to immediately remove and delete the scene and incorrect facts displayed/shown vis-a-vis the husband of the plaintiff, namely Martyr Squadron Leader Ravi Khanna, in the Movie and the trailer of the movie The Kashmir Files".

Even after facing many struggles and hate, this movie still managed to release. A large audience is also supporting the movie.

Vivek Agnihotri reiterated that "The Kashmir Files" is a result of his faith in his audience. He asserted that he respects the intelligence of the audience. He said that even "The Tashkent Files" and "Buddha in a Traffic Jam", were made out of respecting the audience’s intelligence. He sensed that only the people would get the film. Vivek Agnihotri also replied to fans' questions on being asked why he is not promoting his movie in Kapil Sharma's show. He stated that they refused to call them on their show, as they did not have big commercial stars.

The Kashmir Files shows us a part of our history.

Even after watching the trailer, you can see that in this film they are not trying to tell some unreal story, not trying to tone down the truth. If you watch this film, you can recognize that every character of this movie is trying to fight through their idea of freedom. One character is trying to understand how to save the people of Kashmir, one is trying to save his religion, one is trying to move apart from Kashmir, etc. And that's what makes it more realistic. It's also believed that through this movie they are trying to give justice to Kashmiri pandits who didn't receive justice after 32 years. Till now no one speaks about it but whenever they do it appears to be only for political gain. The most loveable fact about this movie is that director Vivek Agnihotri interviewed 700 + pundits about Kashmiri topics, this film was made after a well-researched Kashmiri incident.