The Last of Us Gets Off to an Earth Shaking Start 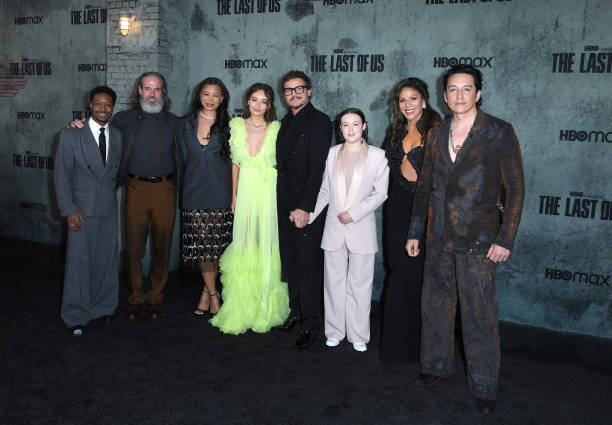 The TV adaptation of Naughty Dog's 2013 video game had a mind-blowing season premiere. The show's first episode was profoundly moving and caused me to rethink my place in society.

The show's opening scene was especially scary, and it made me want to watch it with the lights on. The show's plot of a fungus, not a virus or bacteria destroying the world is spot on and terrifying.

Fungus is said to be the unconquerable force that finally overcomes mankind. Because the plot is so steeped in actual science, it gives off a haunting vibe that pervades most of the hour-and-a-half-long episode.

The show is set in 2003 when we were not nearly as well connected as we are today. If we had been better connected back then, would things have happened faster? Think of how fast covid spread. Time in general is a huge theme underlying the plot of the episode.

Things start to unravel at 3:15 p.m. after Sarah finishes school she sees military jets flying overhead, and by 2:15 a.m. in the morning all hell has broken loose. We get five glimpses of a clock in a short span of time to display the speed at which things tumble. Sarah also buys a watch for Joel as a gift for his birthday. His birthday was almost his death day.

One of the biggest standouts was the shocking condemnation of militarism in the United States. After watching the show, I almost started believing that we are on the verge of becoming a dictatorship in real life.

When Joel's daughter is gunned down, we come face-to-face with a society that is more violent than we can even imagine. Gun violence, assault weapons, and their ramifications in a free society come into sharp focus.

The scene where shit hits the fan is unlike anything I have ever seen. The only comparison I can think of is the handheld camera intensity of Cloverfield. Although Cloverfield also criticized the overbearing response of the military, "The Last of Us" makes Cloverfield seem almost tame in comparison.

It was heartbreaking to meet such a beautiful, strong character and have her killed in less than half an hour into the show. We are introduced to Sarah, and Joel says, "There is hope for us all."

because she is a good student in school and knows the capital of Indonesia is Jakarta. Sadly, hope is smashed by the speed at which she is killed off. It takes a while before you get used to Ellie as a suitable replacement for Sarah.

What is shocking and surprising is the speed at which society tumbles. The fungus spreads in little more than a day. By nightfall, all hell breaks loose, unlike anything I have ever seen. The unravelling of our society is so realistic, it makes me believe we are standing on a powder keg.

Light and darkness were a huge theme in this episode, although I cannot speak for the whole series. The episode is aptly named "When you're lost in the darkness," and it had a lot to get lost in. Sometimes I felt too helpless while watching the episode, I wish the writers would have thrown us a life raft.

The use of natural lighting was an amazing choice for the direction. As the day turns to night, we experience an actual sense of darkness instead of an artificial one, which makes everything seem more terrifying.

It's hard to think of something this scary. "The Last of Us" surpasses even "The Walking Dead" in its atmosphere of hopelessness and dread. If that's the type of thing you are into, then "The Last of Us" is the show for you! This show was so action-packed that I wonder how the next episode could possibly top it.

George RR Martin is One of the Best Living Writers