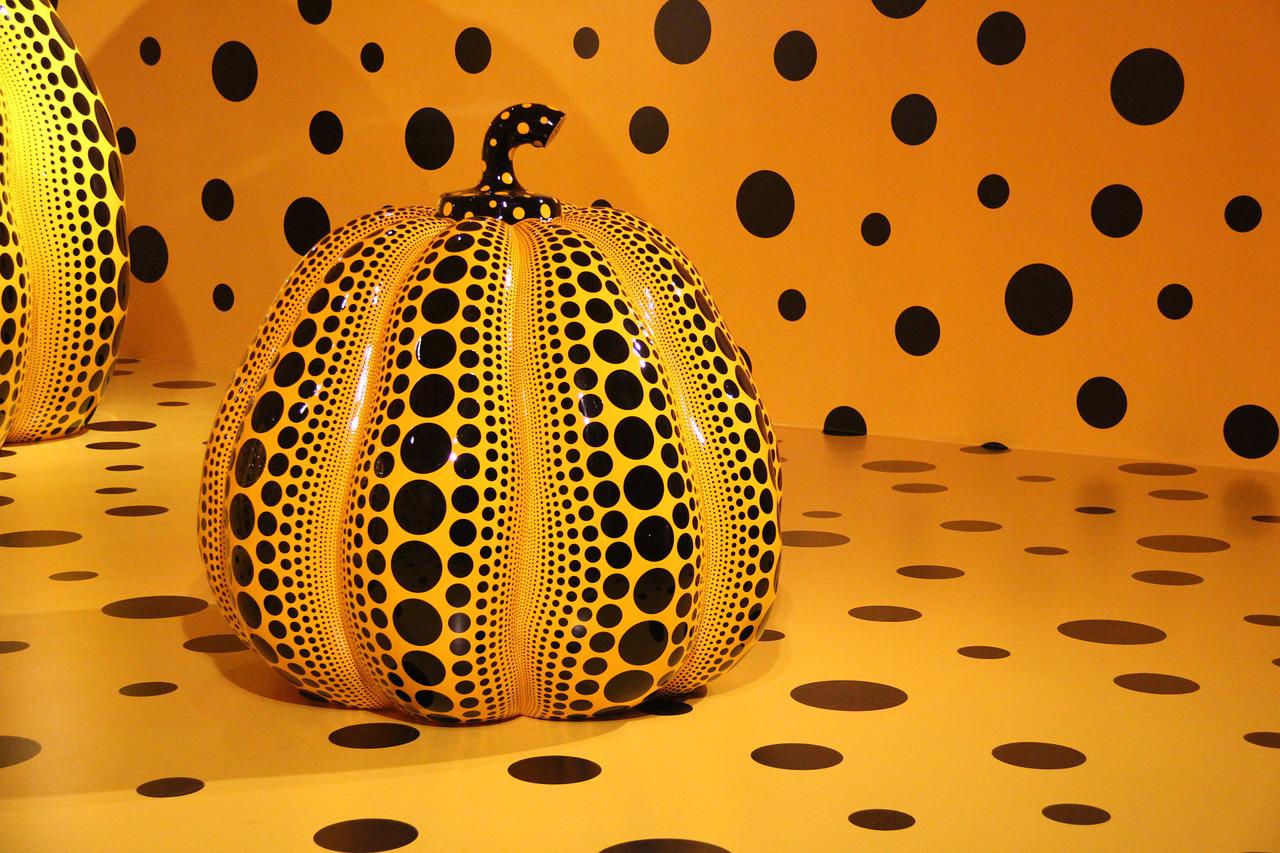 When I felt sad, I would climb up the Empire State Building. At the top of the tallest skyscraper, I felt that anything was possible. One day, there in New York, I would have held everything I wanted in my empty hands. Yayoi Kusama

Yayoi Kusama began painting at the age of 7 when she started having developmental and emotional disorders. Three years later, with the onset of hallucinations, painting became the only medium that allowed her to project her elaborate inner world. At the end of the 1950s, she made a move to New York, which, at that time, was considered the promised land of artists in search of recognition, where currents such as Abstract Expressionism, Action Painting, and Pop Art triumphed. The first years in the Big Apple were incredibly tough. Art being a male-dominated field, it was complicated for a woman to access it. After a severe depressive phase, during which Kusama even considered suicide, noteworthy galleries began noticing her, the woman with the helmet hair and the look that seemed to be aimed at somewhere otherworldly, on another planet.

Within a few years, she got recognized as one of the most prominent and controversial figures of American art. However, in 1975, she returned to Japan to get admitted to a psychiatric hospital due to depression. Despite this, she did not stray from art. Thanks to the appreciation for her works and the advancement of her career, multiple distinguished exhibitions have been dedicated to her in some of the world’s prominent museums, such as the Museum of Modern Art in New York, the Walker Art Center in Minneapolis, the Tate Modern in London, the Centre Pompidou in Paris and The National Museum of Modern Art in Tokyo.

Yayoi Kusama’s art is now one of Instagram’s top spectacular trends. Her installations, including the Infinity Mirrored Rooms, rooms covered with mirrors and LED lights of different shapes and colors, an ideal location for selfies, pumpkin-shaped sculptures featuring her signature dots, and a variety of surreal and bizarre figures, which are invariably contradictory. Everything gets distinguished by bright colors and references to nature and sexual inputs. Her exhibitions are very popular. In 2018, during her tour in New York, the waiting line to access the rooms was four hours.

Here is a small guide on which you can admire the works and installations of Kusama in 2022. Book your ticket so that you don’t miss the opportunity to take pictures and incredible Insta selfies, to be the envy of all your followers.

The city that started the artist’s success is hosting a new exhibition in the Bronx entitled Kusama: Cosmic Nature. New works will be on display alongside historical pieces. All her works focused on her relationship with nature. In addition, you can visit an outdoor section adorned with flower sculptures and polka dots, drawings, and sketches with botanical themes. You can also admire an Obliteration Room, a sizeable all-white room that the artist uses as a canvas to unleash her creativity. Visitors can also make their artistic contribution by sticking floral stickers. Tickets were made available on January 29, but the exhibition will run from May to November.

Until February 2024, you can dive into the universe of Kusama and discover more about her influence on contemporary art at Boston’s Institute of Contemporary Art with the exhibition Beyond Infinity: Contemporary Art after Kusama. Here you can catch Love is Calling, the artist’s largest Infinity Mirrored Room, furnished with inflatable tentacles decorated with polka dots and neon lights peeking from every angle. Other works are on display alongside those of contemporary artists who she has influenced, such as Louise Bourgeois and Ana Mendieta.

At The Broad in Los Angeles, you can visit a permanent exhibition dedicated to the artist, in which there are two Infinity Mirrored Rooms: the first is a small room, multicolored and illuminated by LED lamps, which can only be seen through portholes, while the second, called The Souls of Millions of Light Years Away, gives the feeling of being inside. of a luminous galaxy.

In Europe, Kusama’s works can be seen in Berlin at the Gropius Bau Museum, not far from the sprawling Zoo. The building is more than 30,000 square meters and will host a tour of the artist’s retrospective, which will stop in the German capital from May 2022 to Spring 2023, before leaving for Cologne, at the Ludwig Museum and then head to Basel, at the Beyeler Foundation. Paintings, sculptures, collages, and clothing made by the artist will be on display, and new works will be commissioned specifically for each stage of the tour.

The Mattress Factory Museum of Contemporary Art in Pittsburgh also boasts two rooms dedicated to Kusama in its permanent collection: both surrounded by mirrors and feature polka dot floors. One in shades of red and the other, the Infinity Dots Mirrored Room, in rainbow tones.

Have you seen them all? Then buckle up for Tokyo, where the artist has opened a museum exclusively dedicated to her work, in which the exhibitions have got organized on a six-monthly rotation. Be enchanted by Yayoi Kusama’s most spectacular installations and works. Follow her exhibitions around the world!