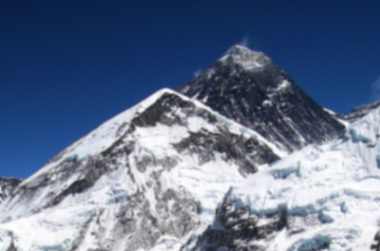 This is a line from the Sooraj Barjatya-directed 2022 film, Unchai and the question that I have is that why didn’t I hear about this gem sooner? A movie that I have not heard much talk about and deserves more attention from the masses. The movie was released on 11th November 2022, starring Amitabh Bachan as Amit Shrivastav, Anupam Kher as Om Sharma, and Boman Irani as Javed Siddiqui. I regret that I was not able to see the heartwarming and nostalgic tale on the big screen. In this article, I intend to inform you about what I liked and what I did not like about the movie, in the hopes of sparking a conversation and giving the movie the attention it so rightly deserves.

One of the strongest parts of the movie was obviously the acting and how could it not be? Watching the legends interact with each other on-screen was a treat to see. Amitabh Bachan was a confident but somewhat mysterious writer, Anupam Kher was a hot head who loves to hate the new generation and Boman Irani was a family man, all of them played their roles to perfection. The three of them reading their friend, Bhupen a poem for his birthday was a hidden gem, Amit being his usual confident self, Javed being a bit nervous and Om reading it in a monotone voice because he was angry at Bhupen, if you want to know the characters, this is the scene that describes them perfectly.

Parineeti Chopra also fit quite well in the short role she had in the movie, she made me appreciate her talent and made me want to see more of her in movies with good stories. Sarika and Neenu Gupta also gave great performances and made me feel for the characters on many occasions.

The visuals of the movie were spectacular. Be it the road trip from Delhi to Nepal or the journey to the base camp of Everest itself, the visuals transported you to the magical world of the mountains.

A slight complaint would be that the green screen was obvious at the end but that is just me nitpicking and you won't be able to notice it if you aren't looking for it.

Sadly, Bhupen was not able to live his childhood days with his three friends (Not a spoiler, it was shown in the trailer), the soundtrack of this movie truly transported me to my childhood days and made me want to relive them again.

The soundtracks of the movie are tremendous, I would have to say kudos to Amit Trivedi for the absolutely beautiful songs that are now on repeat on my playlist.

My favorite song, Haan Kar De, was the right choice to play when they were making their journey up to Everest's base camp and then it played again in the end when the credits started rolling, everyone playing football while this song is playing fills you with nostalgia. This is my new favorite travel song.

The poem at the start, written by Bhupain was beautifully adapted into the song, Larki Pahari and the song, Arre Oh Uncle is a fun number. I laughed out loud when Om was shone dancing on the exercise ball while Javed just got up and left as Amit brought a heavier weight.

The soundtracks of the movie truly made me feel like going back in time to when the music took a life of its own and took you to an entirely different world. The best part about the songs is that as far as I can tell is that they are not remakes but originals which is a breath of fresh air in an era where remakes have become the norm.

The length, unnecessary subplots, and exposition

One criticism of the movie is that it is too long. I think that the problem that people have is not with the length of the movie but with what they do with the extra time.

The movie had subplots for each character that did not mesh well with the overall theme of the movie. Subplots work best when they aid in putting in perspective the overarching main theme of the story which these plots just didn't do.

The subplot with Om’s family left us with nothing but a mildly emotional payoff when then two friends listened to Bhupen’s favorite song, Yeh Jeevan Hai. Om should have just had one subplot where he looks down on the new generation and by the end realizes his flaws, instead, we got another plot with his family. Javed & Shabina were hurt by their daughter, Heeba, who was then not seen until the end credits. There was no redemption arc for her.

Maala while having a decent subplot that paid off at the end in a heartbreaking way also fell victim to the "James Bond-type villain exposition". Her entire backstory and plan were told to the audience in an exposition. By far the best subplot was of Amit who had hidden everything about his life until the very end.

In conclusion, this was by far not a perfect movie. It had its flaws when it came to the subplots which were not all bad. The subplots could be incorporated into the movie in a much better manner like in another classic travel movie about friendship, Zindagi Na Milegi Dobara where all the subplots made sense and aided the story. Unlike here where it seemed like we were taking an unnecessary detour from the great journey we were on.

However, I don't think that this should stop people from watching the movie because it is one of the best movies I have watched in a while. As a matter of fact, it is the first movie since Bajrangi Bhaijan that has made me feel so warm inside that it made me tear up. It is definitely one of my favorite movies and I would highly recommend it.