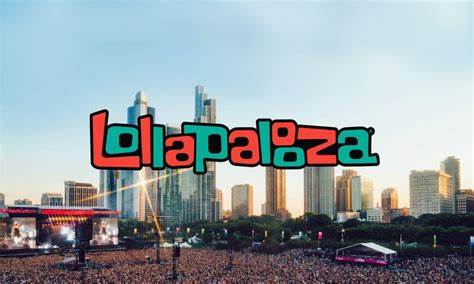 Lollapalooza was quite the 4-day event, filled with great music and people making bad decisions.

In order to get off work, an 18-year-old security guard at Chicago's Lollapalooza festival was accused of making a phony gun threat to event employees. She was later taken into custody.

"Mass shooting at 4 pm location: Lollapalooza. We have 150 targets, "according to Janya Williams, who was hired to work the weekend of the event and who is accused of sending her boss an anonymous message on the TextNow website on July 29.

Chicago police and the FBI Joint Counterterrorism Task Force were both informed of the threat, according to a court document from the Cook County State's Attorney Office

According to the affidavit, Williams' boss reportedly instructed her to send a screenshot of the Facebook threat. Williams then created a "Ben Scott" Facebook page and posted on it with the message "Massive shooting at Lollapalooza Grant Park 6:00 p.m.

Williams texted her supervisor a screenshot of the draft of the threat from her own phone rather than posting it on Facebook.

The documents state that an emergency disclosure request was filled out by a Facebook task force for the TextNow phone number that Williams used to deliver the threat. They were able to link Williams' IP address and Apple iCloud account thanks to that request.

In the end, she acknowledged posting the phony post and sending the text. She was accused of making a false terrorist threat, a Class 1 felony punishable by four to 15 years in prison. Williams was given $50,000 bail and is scheduled to return to court on Monday (Aug. 8).

Lollapalooza is over, but the four-day music festival's cleaning will take some time. Workers are tearing down fences and loading equipment pallets onto semi-trailer trucks for transport. According to organizers, the majority of the tear-down will be completed by Thursday.

Meanwhile, the number of people who had an emergency at Lollapalooza has decreased. According to the Office of Emergency Management and Communications, 68 people were carried by ambulance from Lollapalooza this year, down from 102 the previous year. This year, there were 12 ambulance transfers on Thursday, 14 on Friday, and 21 on Saturday and Sunday. Arrests were also down, although only marginally. This year, 15 people were arrested, a minor decrease from the previous year's 19 arrests and a fraction of the arrests in 2019. This year, there were no arrests on Thursday, eight on Friday, two on Saturday, and five on Sunday. This year, there were just eight Administrative Notices of Violation, or two every day. Violations, citations, and tickets fall under this category.

The details of these events have yet to be revealed publicly, but the festival was indeed eventful.

The Brilliance of Beyoncé’s Renaissance