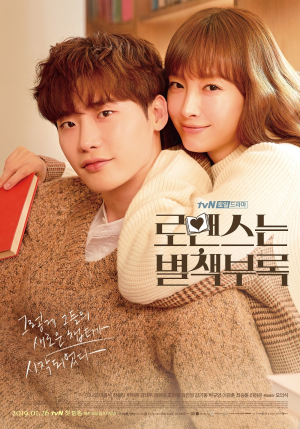 Korean drama has recently gained popularity all around the world, capturing the attention of spectators. As an example, consider the Korean drama “ Romance Is A Bounce Book. “

Korean dramas discuss topics, aspects, and characters that were previously neglected in the majority of international productions.

The typical norm that a girl and a boy would fall in love before the story may wrap with the lines "Live happily ever after" has been overturned by the Korean drama in the majority of its recent productions.

The Korean drama, on the other hand, started focusing on other characters who were abandoned or ignored and portrayed as extras or silent secondary characters who only appear in the background.

The drama opens in a different way, with a girl fleeing her wedding because she thinks such a decision is incorrect, while her best friend is standing with her, whom she views as a little brother.

After 11 years, at the age of 37, the drama reaches her life; by this time, she has through a divorce, given birth to a child, and lost her home.

The condition of that girl and the various challenges she faces force us to see ourselves through the events, and how we learn that what she is going through we must have seen around us if we had not lived it ourselves before. The drama follows with precision and detail what we live in our lives, no matter how different the nation or place.

The drama mainly focuses on portraying the real world we all currently live in, not just in Korea.

The drama also challenged society's accepted traditions, such as the obstacle of an age difference, gaps in social backgrounds, divorce and the society's attitude toward it, especially for divorced women, and the obstacles they confront in a society that was previously judged to failure.

Focusing on the current state of the book industry, the drama did not forget to highlight how social media has changed the world.

Finally, the drama takes you to locations and individuals you have never seen before on television.

I can promise that from the first minute on, you'll be fascinated by the content, the storyline, and the details.