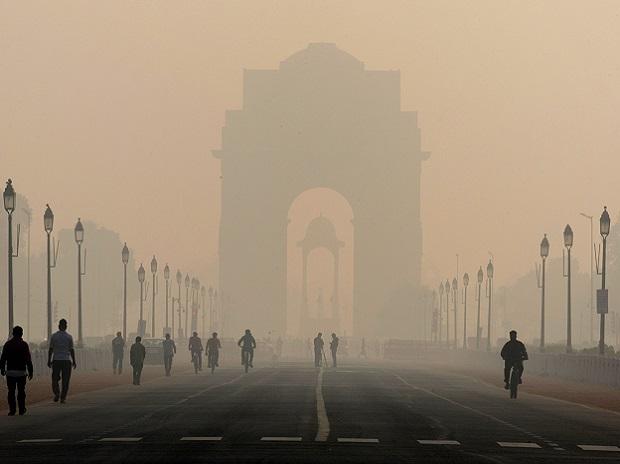 Air pollution in Delhi is unusually high, that breathing in open areas could be dangerous. Cigarette smoke and other toxins can damage the lungs and cause severe health problems. According to the World Health Organization (WHO), around 4.2 million people die due to air pollution worldwide each year.

Around 2.2 million children in Delhi have irreversible lung damage due to the poor quality of the air. It decreases the immunity of children and leads to severe diseases like Cancer, Epilepsy, Diabetes and Multiple Sclerosis. It can also cause stroke, heart disease, and respiratory diseases.

A recent report from the Central Pollution Control Board (CPCB) and the Indian Institute of Technology, Delhi (IIT-D), has shown that pollution of Delhi-NCR is decreasing over the last four years. The report of Economic Survey of Delhi, 2020-21 stated that since 2014, 2019 was the cleanest year.

Sagnik Dey, associate professor at the Centre for Atmospheric Sciences, IIT-Delhi said, "Our data is showing that pollution at Delhi is decreasing. In 2020, because of the lockdown, the pollution at Delhi-NCR has anyways gone down. If we talk about the data from 2017 to 2018 and 2018 to 2019 has shown a decreasing trend and it is good.”

In the National Capital Region (NCR) many steps have been taken to curb air pollution. They are switching to cleaner BSVI fuel, CEMS monitoring has been set up across industries, and cleaner zig-zag technology has been fixed in brick kilns. The two pollution committees, The Central Pollution Control Board and Delhi Pollution Control Committee works and takes action against pollution. In 2015 National Green Tribunal (NGT) announced that if anyone is found polluting the Yamuna by throwing any material or religious items, they will be fined ₹5,000. If anyone is found throwing or dumping construction waste into the river the fine will be increased to ₹50,000.

On Saturday, the government introduced a bill for Air Quality Management in the National Capital Region in the Lok Sabha. Rajya Sabha has also passed this bill.

These are some of the main reasons behind Delhi’s air pollution:

As we know, the air quality in the national capital has dropped to the severe category, and this is the time to take instant action to protect your health.

Increase in NO2 pollution:

NO2 is a very dangerous air pollutant that is released when fuel burns. It happens mostly in motor vehicles, industrial processes and power generation. NO2 can affect any age group and the respiratory and circulatory systems, and the brain. Air pollution in Delhi has worsened. Nitrogen dioxide has increased drastically by about 125 per cent over the past year. NGO Greenpeace India has claimed in its research report. It analysed nitrogen dioxide levels in India's eight most densely populated cities. According to Greenpeace's report, nitrogen dioxide pollution increased in all eight state capitals between April 2020 and April 2021. Eight state capitals include; Mumbai-52%, Delhi, Bengaluru-90%, Hyderabad-69%, Chennai-94%, Kolkata-11%, Jaipur-47% and Lucknow-32%.

In a recent interview, Delhi’s Deputy Chief Minister Manish Sisodia said, “Under the leadership of Delhi’s chief minister Arvind Kejriwal we would like to end the pollution of our state. As we are approaching a century of our independence, we will be doing as this is very important for our environment.”

Steps taken by Central and State governments are-

The Environment Minister Gopal Rai said, “The Green Delhi App was launched which helped the government to analyse efforts to manage the AQ Index. Due to this, we received around 20,000 complaints, out of which 93% have been resolved.”

Through this, Green Delhi app anyone can click pictures or shoot videos of the burning garbage, industrial pollution and they can easily upload on this app. Further action is to be taken by the concerned department. On 12th and 13th April, the Delhi government conducted a round-table conference with environmental experts and various organizations to make a long-term action plan to control air pollution in the national capital.

What can we do:


It is high time now we should wake up and take action against pollution as Delhi is experiencing high levels of air pollution. We should stop poisoning Delhi and make our state clean and pollution-free. Rest the government has to make the air pollution and environment their biggest agenda. We as citizens of the country should hold the government accountable and ensure that the government takes important actions to ensure we have clean breathable air.