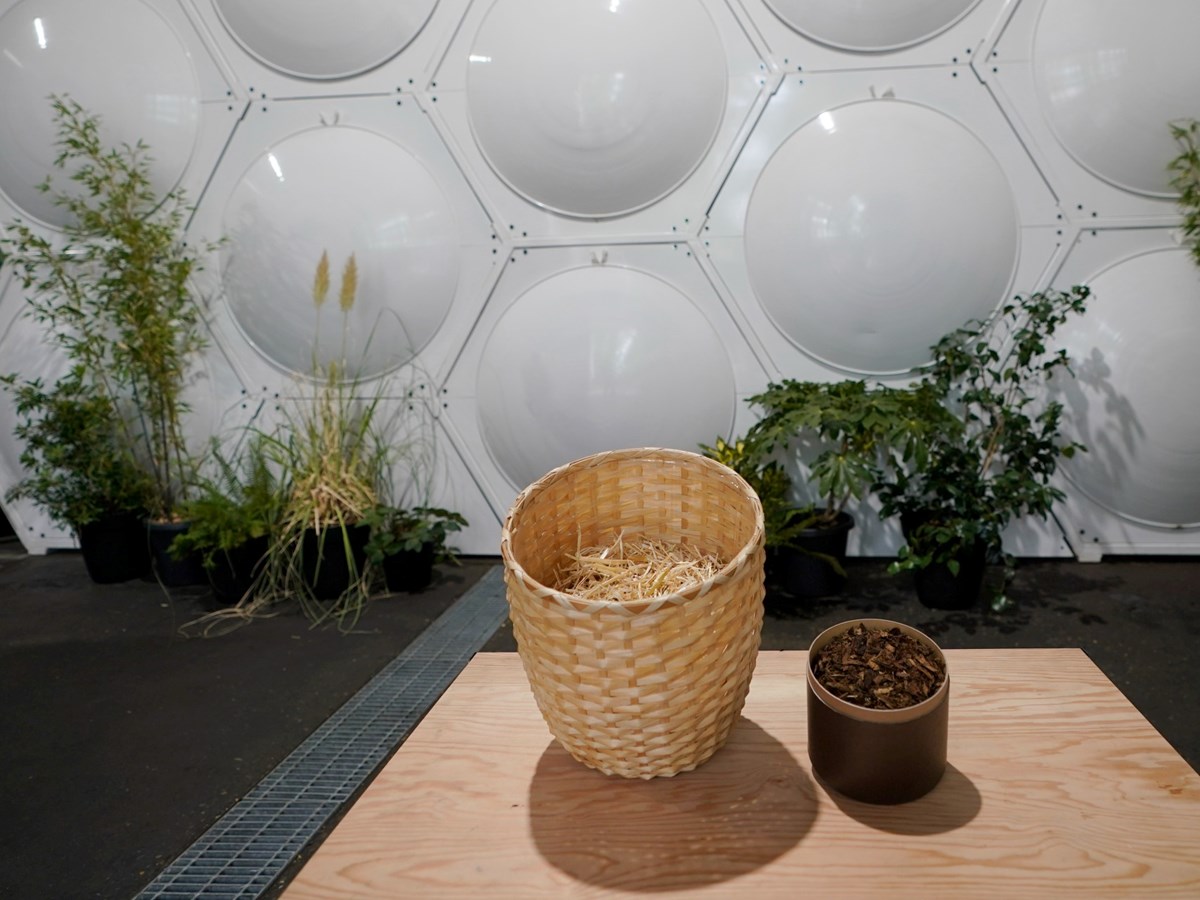 A container of compost produced from human remains is shown at right, next to a container of straw and other material used in the process, which takes place at Recompose, a company that composts human remains into soil, Sept. 15, 2021, in Kent, Wash.

There is a new, eco-friendly way to be planted at final resting. Natural Organic Reduction is a process that ultimately transforms human remains into the soil. Which can then be used to invigorate the earth that impacts our daily lives.

This method was an idea thought back by founder Katrina Spade in Summer of 2011. Moving forward to Spring 2015Spade’s first study on natural human composition commenced. This instantly became a great success which led her to found Recompose as a public benefit corporation in 2017.

As the success in Recompose continued to blossom there was the pursuit of reaching legalization in the state of Washington working alongside human remains. In the fall of 2018 Spade contacted her local Capitol Hill Representative, Senator Jamie Pederson, who is the lead sponsor of Senate Bill 5001: Concerning Human Remains.

In 2019 , the legislative session passed in both the House and Senate.Therefore making Washington State the first to legalize Natural Organic Reduction (NOR), which is defined as “ the contained accelerated conversion of human remains to the soil.”

The process of NOR has five phases that every human remains must go through. The first is to understand that NOR is powered by beneficial microbes that occur naturally in our bodies and environment.

Phase two is placing the body inside a vessel adjoining wood chips, alfalfa, and straw. The vessel is then sealed and phase three begins.

In this phase, the material and body would be left inside the vessel for 30 days. During this transition, microbes begin to power change on a molecular level which results in the form of nutrient-dense soil.

Phase four is the removal of what is left from the vessel, which is one cubic yard of soil amendment and is allowed to cure for two-to-six weeks.

Finally phase five is going to be the final replantation onto the earth. The nutrients from our human bodies are placed back to give to earth and restore forests, and lands, and replenish(s) new life.

This process stands as a more recommended practice, rather than other environmental toxic practices that impact the earth negatively. There are two common ways to be placed at final resting; cremation and conventional cemetery.

With climate change being a primary concern that is dealt with daily, cremation and conventional burying become part of the issue. Cremation burns fossil fuels and emits carbon dioxide into the atmosphere. Conventional burying consumes a large amount of land, pollutes the soil, and affects climate change through intensive resource manufacture and the transport of caskets, headstones, and grave liners. Both of these methods are equally the same when it comes to acute environmental impact.

This eco-friendly practice is not only available and legalized in Washington State, but is in four other states. In 2021, Colorado and Oregon passed and legalized NOR, followed by Vermont as of June 2022. Lastly, California has recently just signed and passed a law indicating that the practice of human composting is allowed.

For more information in regards to the process, environmental impact, soil information or the legalization visit Recompose.