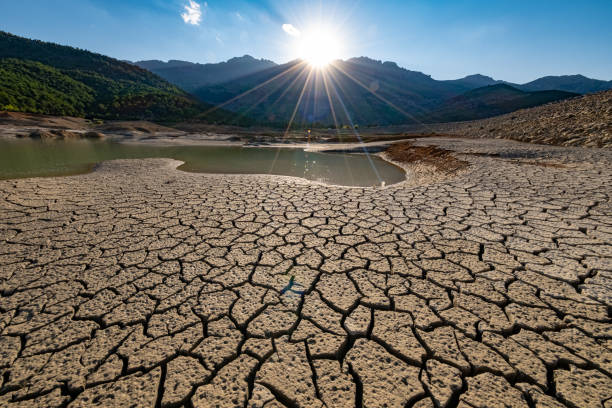 With more and more heat waves affecting America as the years continue, the state of California is suffering heavily. Unfortunately with the progression of global warming, bodies of water are drying up and killing vegetation with it, thus rapidly losing freshwater from our fragile water system. Heat induced issues such as mega drought, desertification, and increased wildfire risk are becoming more threatening, especially for the ever increasing number of Californians.

The current heat waves of summer 2022, as well as the megadrought that California has been facing since June are taking a toll on many citizens’ lives. One of the most noticeable effects from it have been bodies of water that have been around for generations starting to dry up. Located next to Yosemite National park, one of the most prominent salt lakes in California: Mono Lake, has seen better days.

As a salt lake, Mono Lake is home to some interesting natural features called tufa towers. Tufa towers are salt towers that form into some quirky shapes in the lake’s extremely salty waters. Yet the taller these tufa towers get, the worse the health of the lake is, and now they are taller than ever. The lack of mountain snow runoff has begun to decimate habitats for many of the wildlife there, from alkali flies to baby gulls.

The megadrought has paved the way for desertification, meaning dried up more lakes, reservoirs, rivers, and decimating local fauna and flora ecosystem populations in its wake. The water that humans depend on to drink, bathe, water crops, and so much more is freshwater- which is most at risk from drought and desertification. Foods that Californians have grown accustomed to like salmon, avocados, almonds, and more, will become harder and harder to sustain for the growing population.

Desertification and heat waves also increase the amount of dry, flammable plant matter, as well as encourage higher temperatures for wildfire conditions to thrive in. More and more Californians will have to worry about wildfires drastically changing their lives forever.

What can we do to prevent more of this? Besides monitoring your own water consumption at home, we also need to hold corporations responsible for their frivolous water use and careless water pollution.

Written and edited by Alyssa Phillips

One of the best and most promising solutions is to provide two sources of water. We don't need potable water to wash our clothes, shower, water plants, or wash our cars. Although there would be enormous up-front costs setting this up, it would prove to be very beneficial in the long run, as the purest and most valuable water would then only be used for cooking and consumption, and so-called grey water could be used for the other activities named above. There is really no need to flush our toilets with the same water we drink.