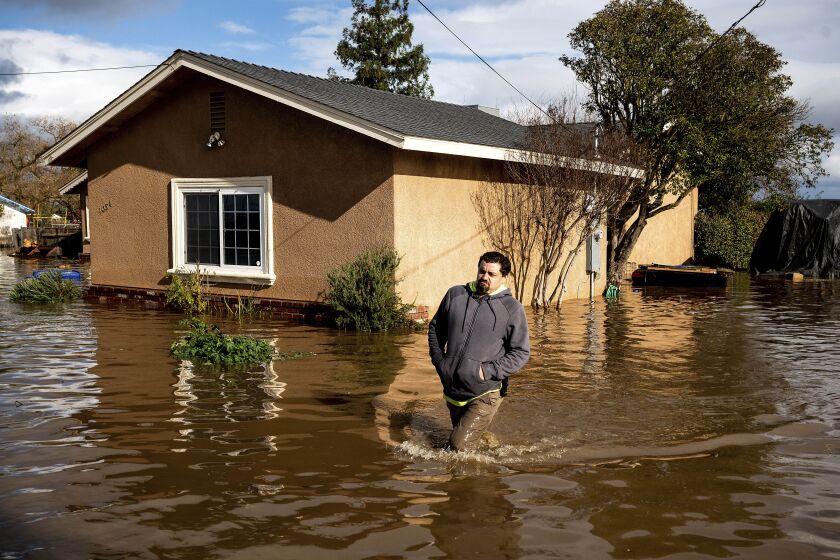 California has been hit with four significant rainstorms in less than two weeks, causing a death toll of 19 people along with mudslides and flooding. The origin can be traced back to the excessive carbon dioxide in the air caused by fossil fuel burning.

Winter rain and snow usually provide most of the water used throughout the year in California, but it has suffered several years of drought. When atmospheric rivers rapidly sweep through the state, they usually do more harm than good by delivering too much water too quickly for the state's reservoirs and emergency responders to handle.

"The dominant thing that's happening is just that, in a warmer atmosphere, there's exponentially more potential for it to hold water vapor," said Daniel L. Swain, a climate scientist at the University of California, Los Angeles. "And that exerts a profound influence on things."

Atmospheric rivers are broadly influential for California's weather and water supplies providing the state's heaviest rains. One atmospheric river can be enough to flood homes, drop power lines, and wash away hillsides and highways. The damage is heightened when it's seen in a matter of days or weeks.

According to Christopher Flavelle in The New York Times: The California Floods podcast, As on January 12, 2023:

• 5 million people are under a flood watch.
• 60,000 households are without power.
• Seven counties have evacuation orders.
• Twenty-eight emergency shelters and two nursing homes have been evacuated.
• 53 roads are closed.
• The Santa Barbara Airport is closed.
• The rail lines are closed.

More rain is coming, and rainfall in California has been 400-600% above average in the past few weeks.

Dr. Swain and Xingying Huang of the National Center for Atmospheric Research in Boulder, Colorado, estimated a 50 percent chance each year of experiencing a storm of 1861-2 intensity, with climate change doubling these odds compared with a century ago.

The warmer atmosphere's increased capacity for holding moisture is reason enough for California officials to prepare for more catastrophic rain events today and in the future, Dr. Swain said.

The excess of carbon dioxide in the atmosphere boils down to 100 companies, based on a study published in 2017. It claims that since the IPCC was formed in 1988, over half of the world's industrial emissions can be traced back to only 25 state and private companies and entities.

Between 1988 and 2015, 100 companies were responsible for 71% of global emissions, according to the results. The following ten companies were at the top of the list for emitting the most carbon dioxide into the atmosphere:

The latest data shows that the world's largest greenhouse gas emitters are corporations that can significantly impact climate change mitigation efforts if they urgently address the problem. Therefore slowly phasing out their fossil fuel capacity and replacing it with renewable and net zero technologies readily available is considered the most viable way of transitioning.

Although California will inevitably undergo significant changes to its weather with hotter summers and colder winters, what we can do to combat the issue is holding corporations accountable for their role in climate change. Considering they contribute the most to the problem, we can also transition to an eco-friendly lifestyle involving eliminating single-use plastics and recycling and composting when possible.