Climate change policies in the land of fire 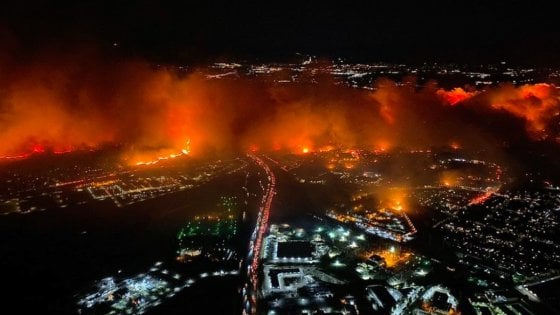 The global energy crunch provoked by Russia’s aggression over Ukraine has seriously compromised the efficacy of climate changers and environmentalist policymakers in the US.

Before oil world reserves began to shrink, the members of the Under2 Coalition, a group of subnational governments committed to the Paris Agreements of 2015 (the US government is not part anymore after Trump’s withdrawal in 2017), were aligned to undertake important environmental policies for the next decades. By 2035, the California Air Resources Board (CARB) has announced to ban the commerce of all fuel vehicles. This is a decisive measure if we think that Biden’s modest national goal is only to increase the quote of electric cars sold out to 50% by 2030.

Among other federal states, California is a fundamental policy changer innovator in environmental issues. The state has enacted more severe measures than the Environmental Protection Agency (EPA) in contrasting dioxide emissions. Today, 16 American states have decided to follow Californian air quality standards rather than national and EPA guidelines. The stricter pollution rules have been so efficient recently that Los Angeles has the lowest emissions rate per person, second only to New York.

Californian environmental authorities have fought hard in the past years to improve the air quality breathed by their citizens. Unfortunately, energy rocketing prices for households and industrial consumption have put in danger the ecological transition. Many American industries have turned their backs on renewable growth because they are worried about the energy market scarcity. They are investing more money in purchasing oil barrels and gas reserves, scared about the news of a world lack of fossil fuel furnishments.

A political consequence of this situation is that more republicans (and even a few democrats) reveal more support for Trump’s environmental policy. Some experts, like Aimee Barnes, a climate adviser to Jerry Brown, a former governor of California, say that people associate inflation in energy prices with an incomplete and deficient administered environmental transition. Comprehensively, the disaffection felt by privates has transformed into political consent in favour of irresponsible climate policymakers.

Although the Russia-Ukraine war has negatively affected the environmental transition in the US, California shows to be more resilient than other states. His actual governor, Mr Gavin Newsom, a republican, is devoted to climate issues. He says to have destined $22.5bn of the state budget into a decarbonization policy that will involve: the total electrification of public transport; green bonuses; research and developments in the electric vehicles; safety emergency intervention plans in case of droughts or fires.

Being the world’s fifth-largest economy, the Golden State should have enough resources to invest in the climate policies, despite the dramatic soaring in energy prices. This is a turning point in California’s future as a climate advocate leader in the US. Suppose Mr Newsom demonstrates to be firm and determined in pursuing environmental protection, like his predecessors. In that case, the Golden State could become a model for the other federated states and even possibly for the national government.