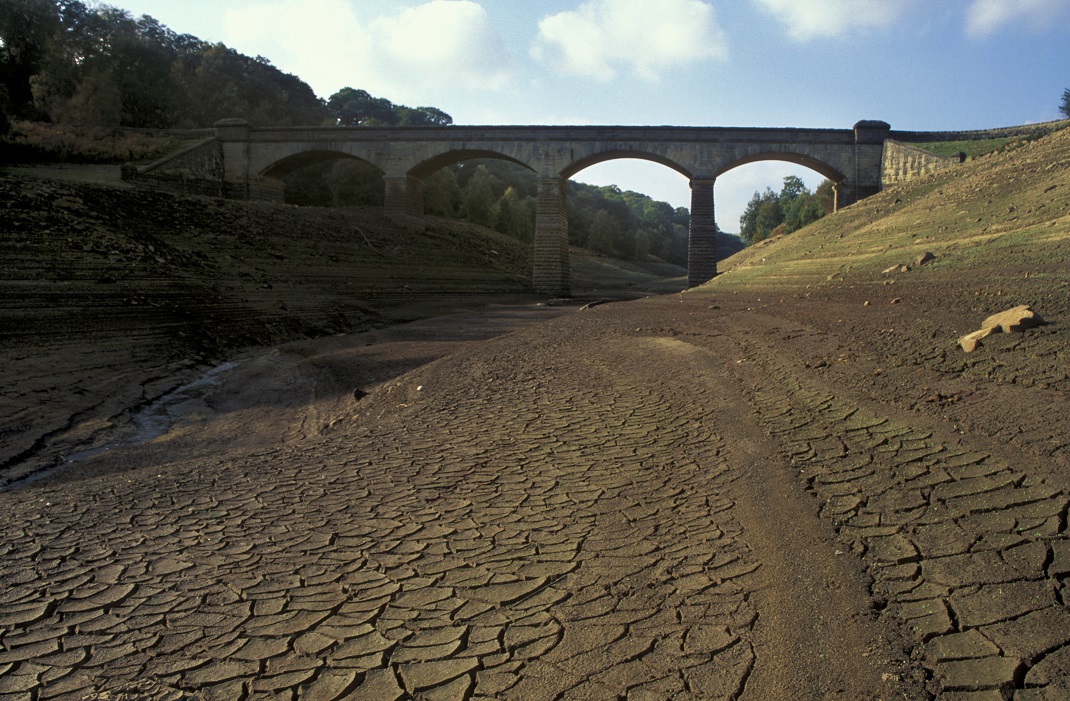 As the UK begins to head out of a second summer heatwave – and a drought is officially declared in eight areas of England – the burning question on everyone’s minds is: “how much worse is this going to get?”

No group is asking this question more than British farmers and agriculturalists, who – worried about crop failures and warning of significant losses for carrots, onions, sugar beet, apples and hops production – are demanding from water companies a strict and immediate hosepipe ban. With farmers being forced to empty reservoirs to feed and protect their produce, the lack of rain isn’t only jeopardising this year’s crops but could even affect future harvests. According to the UK Centre for Ecology & Hydrology – amidst the driest July since 1935 – rainfall, river flows, and groundwater levels have all been significantly below normal and are expected to stay low through until October. If the soil remains too dry to drill (sow seeds), the country may face significant shortages for certain vegetables and foodstuffs. Martin Lines, UK Chair of the Nature Friendly Farming Network, told The Guardian, “We should be planting our next oilseed rape crops at the moment but there is no moisture in the soil for them to germinate and grow. With the current crisis in Ukraine this could mean a further reduction in vegetable oil production next year.”

Moreover, the prospect of slaughtering livestock too early is also putting animal and dairy production at risk; the drying up of grass used for grazing has forced farmers to turn to winter stocks of hay to feed their cattle and sheep. Ruth Grice, a dairy farmer in Leicestershire – whose milk yields have already dropped by 7% because of the effect of heat on her cows – is worried about the cost of feed for livestock farming: “there will be farmers out there when it comes to winter that will have to make more drastic decisions in terms of herd size, putting animals into the beef food chain instead of staying in dairy.”

Although hosepipe bans are being – or due to be – enacted by six companies across England, they are not a sustainable solution and water companies must do better to protect supply: losing more than 600 million litres of water each week because of ageing pipes, Thames Water is one of the worst culprits of inaction; their failure should be a lesson to other water companies to fight wastage with better long-term investment in water infrastructure. All the same, as global warming worsens and British summers become hotter and drier, hose pipe bans alone are not enough to protect farmers and agriculturalists from the effects of climate change; even if catastrophic damage to crop yield is avoided, such bans cannot alleviate the socioeconomic impact that reduced production – and thus income – will wreak, especially on small or independent farmers. Unless these smaller agriculturalists are guaranteed some form of financial security or compensation for losses incurred by climate change, their whole profession may be threatened.

What is climate risk insurance?

The effects of climate change – in particular, extreme weather – are often most acutely felt in developing countries and amongst vulnerable populations whose livelihoods are greatly dependent upon agriculture. Flooding and drought not only pose the risk of destroying peoples’ homes, but – should farmland be destroyed, crop yield diminished, or livestock perished – it can decimate incomes. The need to both build climate resilience and mitigate the financial risks posed by climate-change-related extreme weather within these communities gave birth to climate risk insurance (CRI). CRI policies primarily help poorer communities to prepare future measures to avoid further vulnerability by providing post-disaster liquidity for relief and reconstruction. The G20 began to voice their support for such policies in the lead up to COP 21 in Paris, advocating the provision of CRI policies to 400 million vulnerable people by 2020.

With Caribbean countries at significant risk of extreme weather and natural disasters – in particular, tropical cyclones, excess rainfall, earthquakes and to a lesser extent volcanic risks – one project being led by the Munich Climate Insurance Initiative is CRAIC – Climate Risk Adaptation and Insurance in the Caribbean. Since 2011, CRAIC – working with existing Caribbean Catastrophe Risk Insurance Facility (CCRIF) – has developed a microinsurance product called the Livelihood Protection Policy (LPP), a form of parametric insurance that makes payments based on the intensity of an event and the amount of loss calculated in a pre-agreed model. Piloted in five Caribbean countries, LPP is intended to protect the livelihoods of smallholder farmers, tourism workers, fishers, market vendors and day-labourers by providing quick cash pay-outs following extreme weather events. The results of such microinsurance climate risk policies have been promising: in the wake of Hurricane Matthew in 2016, within 14 days of the cyclone, Haiti, Barbados, Saint Lucia, and St. Vincent & the Grenadines received payments totalling US$29,204,248; LPPs offered 31 individuals US$102,000 because of the damage caused by Matthew.

However, CRI policies nevertheless remain controversial: in practice, although national governments typically pay 90-95% of premiums, according to figures from EM-DAT, the international disasters database, fewer than half of weather-related natural disasters in the Caribbean, Africa, and the Pacific triggered a pay-out; in the event a policy does pay out, the monetary value is often far smaller than the estimated damage costs, with typical pay-outs in the Caribbean only covering 2.5% of damage. According to a report by Capgemini and Efma, even though insured losses from natural catastrophes have increased 250% in the last 30 years, only 8% of insurers are adequately prepared for climate change resiliency. Despite 73% of policyholders ranking climate change as their most serious concern, financial sustainability is clearly a priority for insurers, with insurability and profitability being key concerns.

Do CRI policies in the UK already exist and how effective could they be?

Designed for the most vulnerable populations in countries and environments where extreme weather is more common, CRI policies have been largely non-existent within the UK. However, in 2019, Lycetts and Farmers & Mercantile Insurance Brokers (FMIB) both launched iterations of CRI policies in the UK called Crop Shortfall Insurance – a policy which insures against the risk of reduced crop yields because of unpredictable weather (e.g., extreme heat, lack/excess of rain).

Returning to 2022 and looking beyond, if drought and other adverse weathers become increasingly common within the UK, small and independent farmers will be seriously forced to evaluate the feasibility of their work and profession. Today, climate mitigation is no longer enough. For UK farmers and agriculturalists whose work and livelihoods depend upon the land, adaptation policies like climate risk insurance may help to guarantee stronger economic security within Britain’s newly emerging volatile climate.