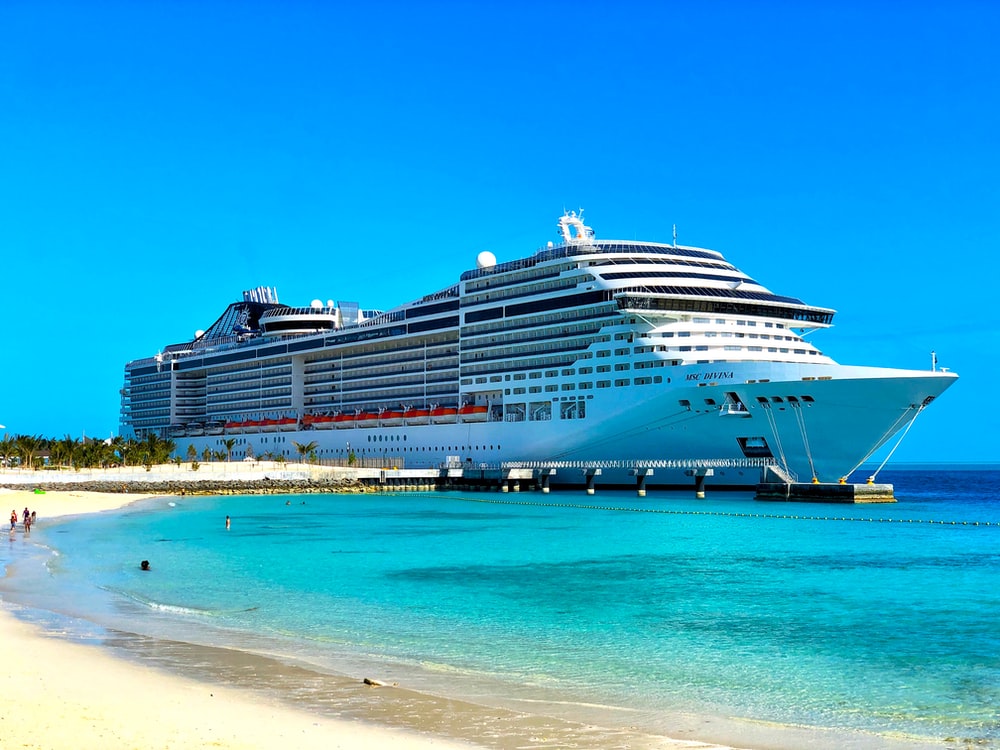 Though the global economy tanked, nature flourished during the Covid19 pandemic. Countless videos could be seen on various social media platforms of animals reentering previously human occupied spaces like city streets and stores. Now that the rate has been climbing again in 2021, we must ask ourselves: how will the cruise industry impact the future of our environment, as well as local economies?

The size of these ships can have detrimental effects on the geography of our oceans. They are so large that when they sail through more shallow waters, they create large dents in the land known as “ship wakes''.

In a report from 2019, it is shown that these ship wakes have various negative effects, some of which include an increase in coastal erosion, as well as a decrease in the stability of the seafloor. This is extremely harmful to communities that rely on the coast for their livelihoods.

This is a lot more people than you may have thought, as this fact sheet declares that about 40% of the global population lives under 200 kilometers from a coastline. That means that with the increase in coastal erosion with a contribution from commercial cruise ships, as well as sea level rise from climate change, 40% of the world's population is in danger of security for their future living situations.

These giant cruise ships are now made to handle from 3,000 to 9,000 people on just one vessel, proving why they are sometimes referred to as “floating cities”. These floating cities also release a shocking amount of city-like pollution into the oceans they sail through. A study by the Bureau of Transportation Statistics revealed that the average 3,000-passenger cruise ship emits the following amounts of waste on a typical one-week voyage:


These numbers are astounding, especially considering that these are only from a one week trip. It also does not even include the dumped plastic waste from these man made behemoths.

This outrageous pollution combined with their frightening size make for the ultimate ocean terrorizer. Huge cruise ships regularly kill whales with their hunkering size and scarily fast engines, and we do not even have an accurate number of just how many whales are killed by them because we only see the bodies that wash up onto shore.

Sadly, the pollution from these mechanical giants does not stop there; cruise ships also generate immense levels of air pollution. In fact, an article exposed that a cruise ship releases more particle emissions than 1 million cars- daily! This means that lessening the number of cruises taken would have effects greater than taking millions of cars off the road, which is much more practical of a transition for the many societies that have grown dependent on cars.

Air pollution affects more crowded societies, and when we look at the health of these communities suffering from air pollution, we can see some evidence of increased illnesses including chronic respiratory issues, heart disease, lung cancer, and even reduced life expectancy. This means that since cruise ships emit so much air pollution every day, they are likely a large contributor to the increase in these painful diseases among humanity.

Alongside the health problems that arise in human communities suffering from air pollution, countless ecosystems across the globe including marine as well as land biomes are harmed by cruise ships as well.

Besides all of the environmental damage cruise ships cause, they also harm local economies.

Think about it: on a cruise ship, passengers avoid paying for the local restaurants or grocery stores in the area the ship traveled to since they have paid for all of their meals on the ship, they do not stay at the local hotels since they paid for room and board on the ship, and they miss out on the night life at their destination, since drinks are often included or cheaper on the ship.

All while withholding money that otherwise would have gone into the economies of the tourist destinations, cruise passengers take their trash generated on the cruise including items such as plastic water bottles, plastic utensils, drink cups, and more, onto the land of their vacation spots and leave it there. So, not only do cruise ships deprive the local economies of their deserved share of tourist income, but they leave trash in their wake, left for the locals of these “paradise” communities to clean up after them. How long can we preserve these paradise vacation destinations when they are being trashed and not even compensated for it?

Unfortunately in the communities where tourists do decide to stay, overtourism is an emerging problem from cruise ships. Small or developing places that did not previously have a lot of tourism are now finding an abundance of it with massive cruise ships landing at their little docks. This may sound like a good thing at first glance, but it actually is not. The influx of foreign tourists does bring in money, but it damages the culture there by making them dependent on tourist’s money. Tourists also tend to ignore local customs and culture, and with enough tourists constantly dismissing these customs, it begins to deteriorate in their own culture as well.

To make matters even worse, cruise ships are often largely exempt from paying taxes. Given all the damages that these nautical monsters do to our environment, human health, and local economies, this is simply unacceptable. We must do better, and tax these ships heavily to even try and atone for all their wrongdoings. So, the next time you are thinking about going on a vacation, steer clear of cruises.

European Green Deal: A Step Forward or a Hoax?

The ITER Project and ‘the way to new energy’