Electric and Hybrid Car Shortage in the U.S 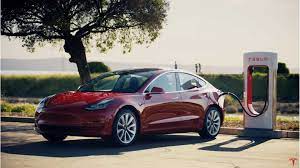 Electric and Hybrid Car Shortage in the U.S

United States- As gas prices continue to skyrocket, many Americans have been contemplating switching from a gasoline-only vehicle to a hybrid or electric car. There is only one issue, electric and hybrid cars are becoming increasingly expensive- and harder to find.

Electric vehicles have only made up 4% of total car sales in the U.S in years past, according to NPR. Due to the small number of sales, electric cars and gas-electric hybrids are in short supply. As of late, the increase in demand for these cars has caused most dealerships to sell out.

Part of the reason why there is a shortage is because of the lack of interest in electric vehicles in the past. Car companies would produce electric cars, but in limited amounts, as consumers have historically overwhelmingly preferred gasoline-powered cars.

Now that the average American is more conscious of gas prices, people are looking to buy a hybrid or electric vehicle. Only one issue- prices of used electric vehicles are increasing daily.

While electric vehicles are becoming more expensive, used SUVs and pickups are becoming cheaper. According to the same site, the price for a used gasoline-only SUV has decreased by over $5,000 on average in the past year. Gas-guzzling bigger cars are not as lucrative as it used to be, and car manufacturers need to start producing more electric and hybrid cars to keep up with the demand.

While more electric cars may be out on the market soon, don’t expect prices to drop. The cost to produce electric cars is supposed to surge over the next few years, which is the result of the scarcity of raw materials needed to make the battery. CNBC predicts battery prices will increase by over 22% through 2023-2026, mainly due to a shortage in lithium, a key material in electric car batteries.

As Americans have finally embraced transitioning to electric cars, there have already been many roadblocks to a smooth transition. The price of an electric vehicle is supposed to increase by $1,500-$3,000 depending on the vehicle, and buying a used electric car isn’t feasible, as prices have increased by over 20% in two years. Hopefully, prices eventually decrease, and Americans can buy electric vehicles. But for now, it seems as if most people are stuck paying for gas for the near future.