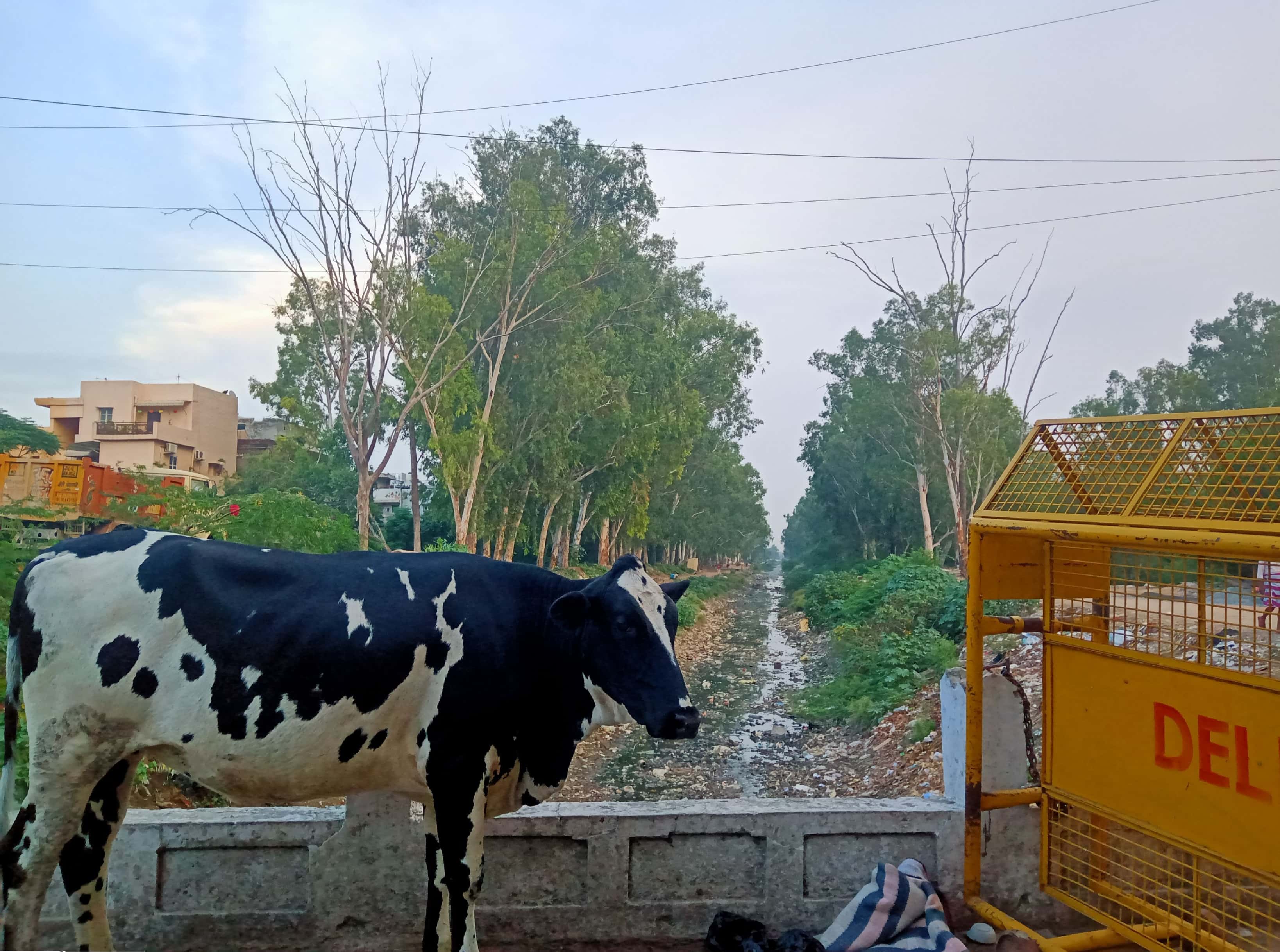 In the North-Western region of Delhi, the lifeline of the capital meets a murky dead end. Munak canal, a 102-kilometer aqueduct of Western Yamuna Canal responsible for the water supply of the city, terminates at Haiderpur in Delhi. The canal stretching across Haiderpur, Shalimar Bagh, and Indralok region of North-Western Delhi stenches because of the garbage disposal by those who pass by it. 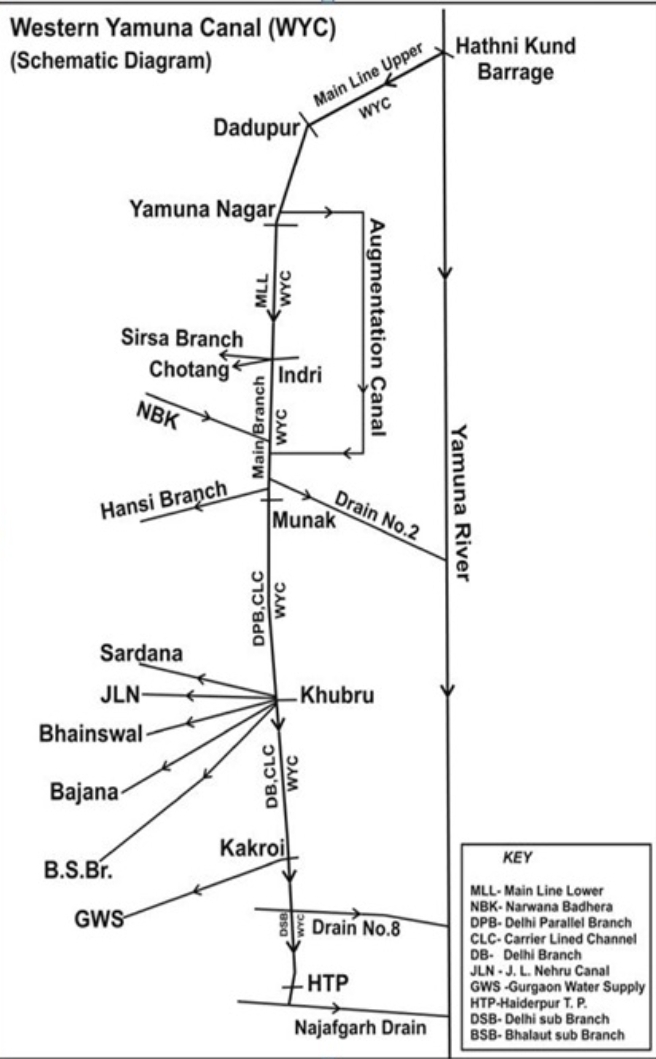 The canal was cemented to avoid seepage and conservation of water. But with time and dangerous levels of toxic elements in the Haiderpur canal, Delhi Jal Board (DJB) reduced the flow of water to it. It does so only twice a year now so that the water doesn’t contaminate further. The stagnation of water has been a serious concern because of its contribution to providing a haven for mosquito breeding leading to vector and water-borne diseases like typhoid, Dengue, Malaria, and Chikungunya.

Local slum settlements and their plight

Slum-dwellers live in highly unhygienic conditions besides the canal with the breeding of pigs and stray cows roaming and defecating openly around the settlement. The residents of these slums are daily wagers who work as household maids or rickshaw pullers. Children face the worst threats as they roam and play around the drain-like canal.

On the condition of anonymity, a resident expressed that the living conditions are not humane but Covid hardly played any role in their livelihoods, their wages and jobs are not permanent and their goal has been to earn to fill their bellies.

Cases of typhoid and Diarrhea are common in these settlements. Their rehabilitation is the need of the hour. During rains availability of safe drinking water remains an important concern especially when people struggle to have permanent roofs above their heads.

Open Defecation and Role of NDMC

North Delhi Municipal Corporation (NDMC) has been red-faced on many occasions when it applied for ODF (Open Defecation Free) Certificate. South and East Delhi MCD have been successful in receiving them. Inspecting Board has time and on pointed their fingers at the defecation system the slums residing beside the canals. Haiderpur canal has been the reason for marks deduction for NDMC.

Toilets at every 100 meters and boards asking for a fine of 500 have been installed if caught defecating openly but garbage piling and waste compilation in the canal continues. Defecation by stray cows and pigs is another serious concern that has made it difficult to even stand or pass through the open canals which have been converted to stinky drains.

Affects on the green belt and fauna

The canal which was earlier a region of attraction for migrating birds and fishes stands covered with invasive species of weed and algal bloom. This has further led to the drying up of the water body. Local markets and stalls serve food with flies humming around making it obvious for the people to get sick. A roadside stall owner in Shalimar Bagh canal says, the canal earlier was a clear stream and they would swim as young kids in the canal but all that he sees today is filth and people urinating in it.

The green belt surrounding the canal has become an alternative garbage dumping site. Residential societies would occasionally dump their household waste in the green belt attracting crows and cows to the site. 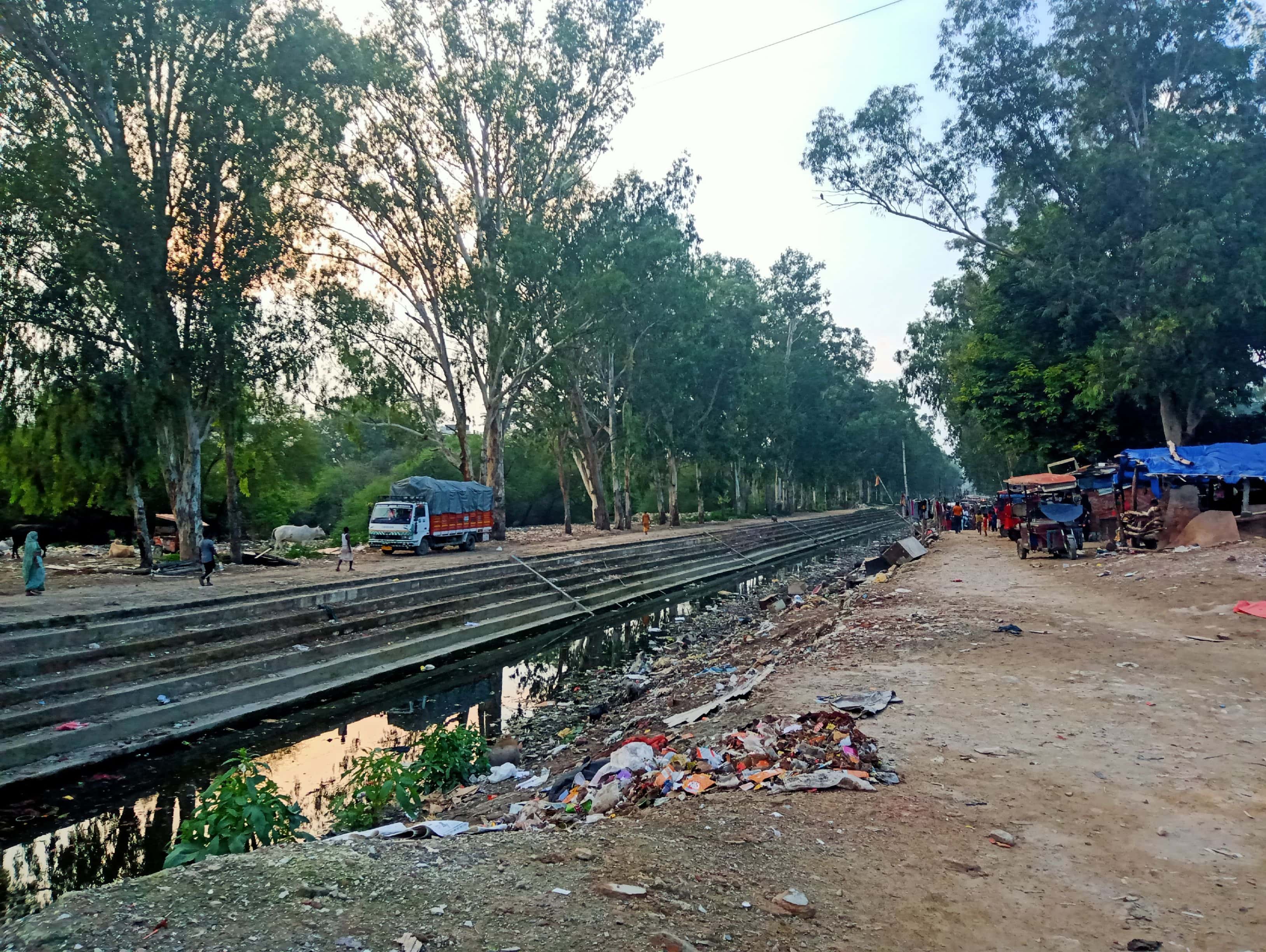 Some responsible Residents in the vicinity have tried to draw the attention of the concerned authorities to no avail. The main canal connects the states of Haryana and Delhi which was an outcome of an Understanding (MoU) between the governments of both states. Sridhar, a Priest in the local temple beside the canal says, “Nobody is willing to take responsibility for the cleanliness. Even the residents don’t shy away from polluting the canal. When Welfare Association contacts the authorities we are told that it comes under the jurisdiction of the Haryana government.”

The canal was cleaned and cemented around 8 years ago but due to the lack of maintenance measures, the region continued to deteriorate.

Delhi has been positioned as the world’s most polluted capital city in a report released by a Swiss group, IQAir, which stated that the level of air pollution and mismanagement of waste are the factors for such alarming rank.

Plastic waste generation has jeopardized and obstructed natural biodiversity. In India, the Plastic Waste Management Rules were introduced and applied to all states by the Government of India in 2016. These rules prohibited the carrying of bags made of plastic which were recycled less than 50 microns in its composition. As per rule 17(3), each State Pollution Control Board (SPCB) has to submit annual reports to Central Pollution Control Board (CPCB) BY 31ST of July every year.

Post pandemic the levels of pollution saw a steep in the graph of the capital but ground realities and images scream a parallel world in existence in North-Western Delhi’s residential areas around Haiderpur canal with rag pickers scrounging recyclable waste in the hazardous conditions.

As we come close to completion of seven years of Swachh Bharat Mission by the Prime Minister this pitiful situation can be taken care of with responsible partnership of the citizens and the authorities in the vicinity.