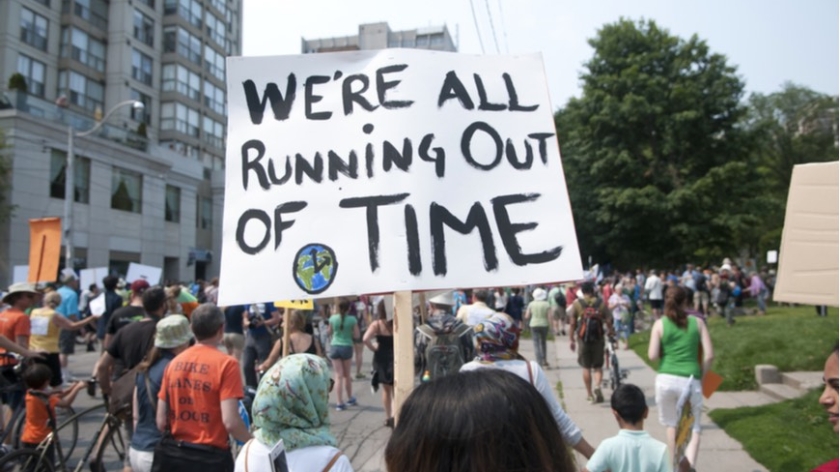 On Monday, the Intergovernmental Panel on Climate Change (IPCC) released the second part of the Sixth Assessment Report (AR6). The report explores the effects of human-induced climate change and its dangerous and widespread disruption affecting the lives of billions. It also gives a dire warning for the consequences of inaction as various stressed ecosystems are no longer able to bear the effects of climate change affecting people and ecosystems alike.

The latest report indicates that climate change has already caused irreversible effects on various habitats across the world. Even today, the rise in temperatures and extreme weather is adversely affecting the planet faster than we can adapt to it.

“Human-induced climate change is causing dangerous and widespread disruption in nature and affecting the lives of billions of people around the world, despite efforts to reduce the risks. It shows that climate change is a grave and mounting threat to our well-being and a healthy planet. Our actions today will shape how people adapt and nature responds to increasing climate risks.”

- Hoesung Lee, Chair of the IPCC.

The scientists studied various regions to understand the impact of climate change, the risk it poses, and offer insights for the decision-makers to act on. These effects have manifested in the form of acute food and water insecurity in regions like Asia, Africa, Central, and South America, on small islands, and even in the Arctic. According to UN Secretary-General António Guterres, “nearly half of humanity is living in the danger zone- now. Many ecosystems are at the point of no return- now. Unchecked carbon pollution is forcing the world’s most vulnerable on a frog march to destruction- now”.

The authors of the report, recognize the interdependence of people, climate, biodiversity, along with social and economic sciences, reiterating the importance of addressing these issues, and that “half measures are no longer an option”. It calls upon developed countries to reduce their greenhouse gas emissions as it is a major driving force for global warming and stop funding projects involving coal and other fossil fuels, domestically and abroad.

The first report released last year warned us to limit our global temperature rise to 1.5 degrees Celsius from the pre-industrial times we are now at 1.1 degrees. However, to stay within the 1.5-degree limit, we would have to cut emissions by 45% by 2030 and reach net zero by 2050. On the contrary, based on the current commitments by various nations, we are set to increase emissions by at least 14% over the current decade. The latest report indicated that even if we manage not to cross this threshold with the current measures in place, climate change-induced disasters are likely to emerge in several regions across the world. Breaching the 1.5-degree Celsius threshold, even temporarily, will have “additional severe impacts”, and some might be irreversible.

Some gaps that need to be addressed, to adapt to the climate change-induced effects, the report mentions, “progress on adaptation is uneven and there are increasing gaps between action taken and what is needed to deal with the increasing risks”. The insights given by the scientists urge that healthy ecosystems are more resilient to climate change, but political and financial support is essential to restoring Earth’s land freshwater supply and ocean habitats.

According to the IPCC report, habitats such as The Great Barrier Reef in Australia, the largest living structure on the planet, is in crisis. The impact of climate change and severe coral bleaching due to the rise in ocean temperatures has affected over 90% of the structure that is home to 1,500 species of tropical fish, dolphins, whales, birds, and even clams that are centuries old. In South Asia, habitats for the Bengal tiger, Hoolock gibbon, and snow leopard will greatly be affected in the upcoming years due to climate change.

Scientists also confirm that today, climate change is already contributing to humanitarian crises in vulnerable communities and driving displacement in several regions due to extreme weather. These crises also affect health, as the lead author, Kristie Ebi, of the chapter on health in the IPCC report, says, “People are suffering and dying right now from climate change, and we’re not seeing an investment to try and make sure that we are prepared for an even warmer future”, referring to the deadly heatwave in the Pacific Northwest in 2021, and highlighting the lack of funding towards health and adaptation. Climate change is affecting physical health, with diseases like dengue becoming widespread, but also one’s mental health, like experiencing a trauma caused by natural disasters and displacement, as well as anxiety caused due to this long-term planetary crisis. The first report of the IPCC’s AR6, released in 2021, was described as “code red for humanity”.

The latest report calls for urgent action and half measures will no longer save humanity or the ecosystems and natural habitats from these risks. Based on the insights in the IPCC report, reducing emissions is just one of the ways, as it has identified 127 global and regional key risks. As the IPCC Working Group II, Co-Chair Debra Roberts said, “Our assessment clearly shows that tackling all these different challenges involves everyone – governments, the private sector, civil society – working together to prioritise risk reduction, as well as equity and justice, in decision-making and investment”. Therefore, as climate change will impact different regions in the world differently, action needs to be taken on multiple levels.