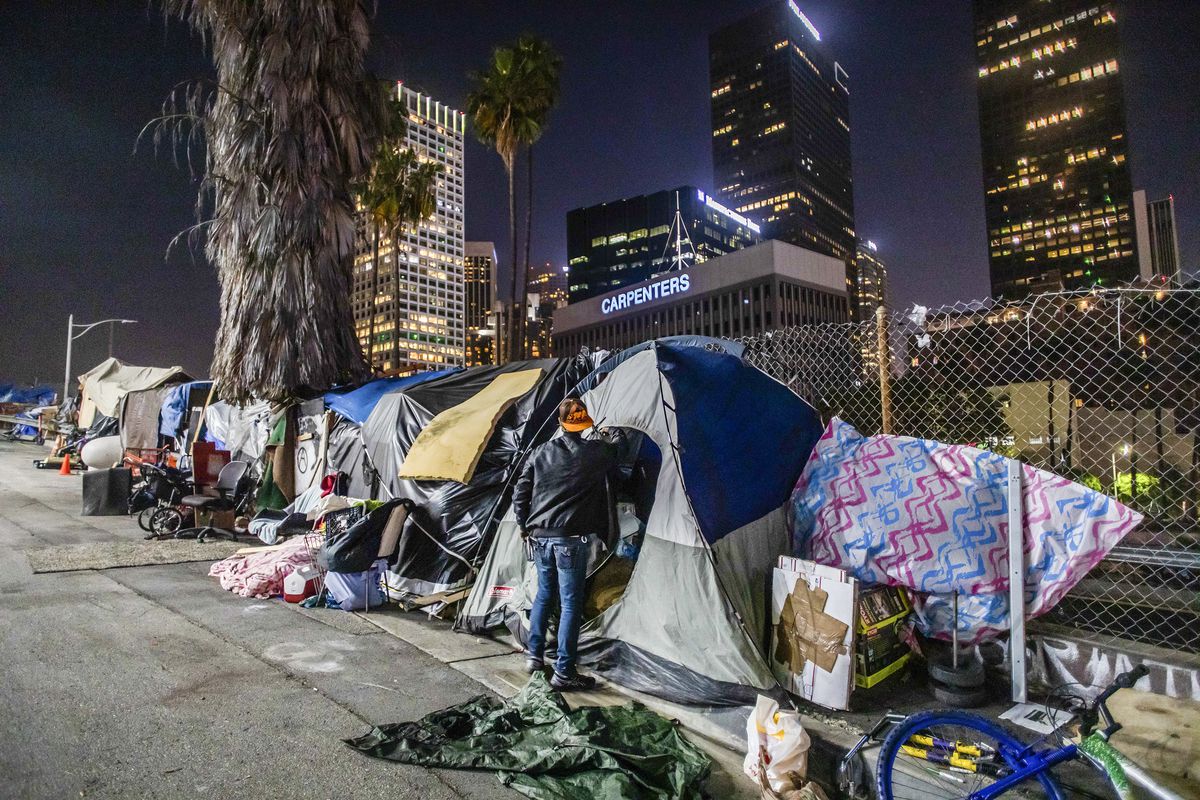 California Governor Gavin Newsom says addressing homelessness is his top priority. With California holding 30% of the country's homeless population and half of the people sleeping outside instead of in a shelter or temporary housing, it's a growing problem.

Newsom has invested in programs to prevent and reduce homelessness. He has undoubtedly done more for the homeless population than any other California governor. For example, his Homekey program was able to convert hotels, motels, and apartment buildings into housing for homeless people. In addition, this program allowed for faster affordable housing than building from the ground up.

However, a surefire way to ease Los Angeles' housing shortage and significantly add affordable homes comes from two community plans the City Council has been currently sitting on. These plans would make it easier for developers to build housing and boost the number of low-income units in Downtown and Hollywood.

The city council mainly defers to the council member who represents each district. Still, the plan was put on hold when two men went into hiding after being involved in a scandal where a leaked audio recording revealed racist remarks about a fellow council member.

The Downtown Community Plan would set the vision for the next 20 years of development as an integral piece of the city's strategy to solve the housing crisis. Although the downtown area represents only 1% of the city's land, planners expect it to add 100,000 new homes over the next two decades.

Homes, jobs, and other development projects can be built as community plans set the goals and rules for neighborhood developments. Affordable housing advocates and community groups like the plan as it supports neighborhood-serving businesses like grocery stores and health clinics while allowing developers to build more significant projects in exchange for reserving some units for "acutely-low-income" residences. This includes residents with less than $10,000 a year.

The documents for Community Building Plans will expire by May unless the City Council acts, and the Planning Department will have to restart the approval process delaying the plans by up to a year.

An essential factor to consider in solving the homeless crisis is the health and well-being of homeless individuals. Homeless people suffer from drug abuse and mental health problems from being financially unstable for long periods. There is not enough mental health, drug treatment, or services to help keep vulnerable people stably housed.

Last month, the Corporation for Supportive Housing reported that the state needed to invest $8.1 billion a year over 12 years to solve the homeless crisis in California. This would cover housing, rental assistance, and other essential services. In return, Newsom demands accountability from cities and counties to effectively use the governor's budget proposal of $400 million including $1 billion.

Solving homelessness has been a growing dilemma in California; however, its essential to the health and well-being of the entire state. Creating affordable housing is a great place to start, and follow it up with mental health services and rehabilitation options. This would mean fewer people living on sidewalks, in their cars, or in parks. Instead of allowing developers to buy up housing and raise the cost, why not let the city create affordable housing for Angelenos that desperately need it?