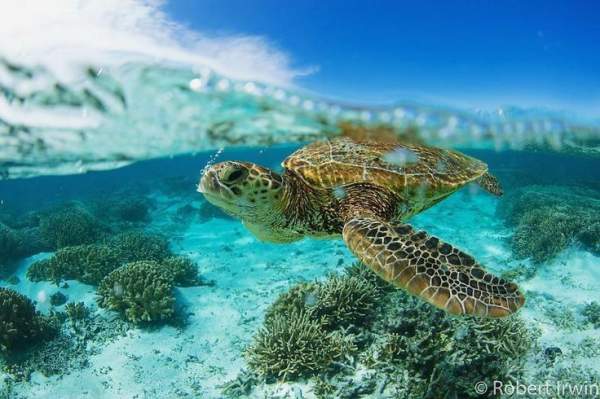 The environment and nature are fascinating, whether on the ground or in water. The peace, beauty, and a different understanding one gets from nature, the land, the ocean, and the air is something beyond comparison to the busy and tiring street life. Well, it would be fitting to say that the beauty one perceives on the surface is just a start to the beauty beneath the water. The wildlife under the water is a different world altogether, with thousands of hidden secrets and animals and plants.

Marine wildlife is something that not many people are aware of. Observing marine mammals can be exciting, especially in their natural habitat. For some people, the ocean or sea is just water, and for others, maybe a place for water sports, but for those fascinated by this and knowledge, it's beyond anything imagined. Life beneath the water is valuable and needs to be protected and conserved so that more and more people get the proper knowledge about marine wildlife and its conservation.

The ocean is the most powerful force on earth. It helps control our climate, creates half of the oxygen we breathe, and power the water cycle, producing rain and freshwater. The ocean covers 71 percent of the earth's surface and supports the lives of billions of people. It is home to remarkable ecosystems and prized wildlife.

A team of researchers examined over 100 studies to understand the link between marine protection and human healthfully and discovered that most people are aware of a healthy ocean's social, wellness, economic, political, and environmental balance. However, those advantages do not come without risk. According to studies, people nearby are more resilient when ocean ecosystems are resilient, too.

Overfishing affects one out of every three fish stocks. Hundreds or even thousands of marine animals, seabirds, sea turtles, and tens of millions of sharks are collected each year. Coral reefs and mangroves have been decimated to the point where half of the world's coral reefs have vanished.

Global warming is altering ocean composition and several oceanic procedures, posing a threat to many marine animals that cannot adapt to elevated temperatures. Overfishing is a serious issue in many parts of the world. To protect the ocean's biodiversity, conservationists advocate the creation of large marine reserves.

The following are some of the most severe hazards to marine life. Sea levels are rising due to global warming, threatening coastal population centers. Many agricultural chemicals and nutrients end up in coastal waterways, causing oxygen depletion and the death of marine plants and crustaceans. Sewage, as well as other runoff from areas and manufacturing plants, is discharged into the oceans. Oil spills harm the oceans, while wastewater treatment plants in the United States release double as much oil per year as ship spills. About a third of the hazardous pollutants and nutrients that reach coastal regions and oceans come from air pollution.

Deadly bacteria, cholera, and many other animals and plants have invaded harbor waters, upsetting the biological equilibrium. According to the Food and Agriculture Organization of the United Nations, 31.4 percent of the world's population lives in poverty.

Marine wildlife watching is an emerging and expanding subculture of its own, growing in popularity in recent years. It is a mysterious new human-wildlife relationship in the vast ocean covering the world.

The sea wildlife, which includes whales, dolphins, seals, turtles, sea birds, rays, and many other habitats that we may not even be aware of, is being explored. Seeing wild animals in their native habitat may be a powerful experience for many individuals. Because of how it's growing and attracting people worldwide, many people consider the surge in marine wildlife tourist development an expedition into the unknown. Wild nature watching and the beauty of the oceans are becoming increasingly popular; feeding birds and swimming with water animals—are a variety of engaging activities that charm people and educate and change them mentally and emotionally. The Food and Agriculture Organization of the United Nations believes that 31.4 percent of fish populations are fished to their limit or overfished.

With so many hurdles and obstacles, establishing marine parks to safeguard biodiversity could be one of the answers. Limit the use of damaging fishing methods like trawling. Reduce the use of military sonar, which has the potential to damage or kill whales and other sea animals. Assist fishers in sustaining their livelihoods.

Sea turtles in Sipadan, Malaysia; sardines in South Africa; orcas in Tysfjord, Norway; sea lions in the Galápagos Islands, Ecuador; and whale sharks in Ningaloo Reef, Australia are just a few of the top destinations for marine wildlife in the world's expanding and absorbing tourism industry for maritime discovery.

Various non-profit initiatives, such as the Philippine Marine Wildlife Watch, are also being taken to conserve and protect marine species, resulting in increased attention and work in this field.

It is our responsibility to protect the ecosystem and species beneath the water, just as it is our responsibility to protect the environment and animals above ground. A tiny gesture by people towards their environment can help in a world full of natural and artificial disasters. Saving nature means saving lives and passing on the knowledge of the peace, tranquility, beauty, and benefits that nature brings to future generations. People's awareness of marine wildlife is slowly but steadily increasing, and there are numerous vocations and careers available that revolve around it. More than 200,000 marine species are known, with another two million yet to be discovered. Marine conservation is also a way to unearth the past that has been lost to the sea. And what better way to know how far we have come than to see how far we have come?