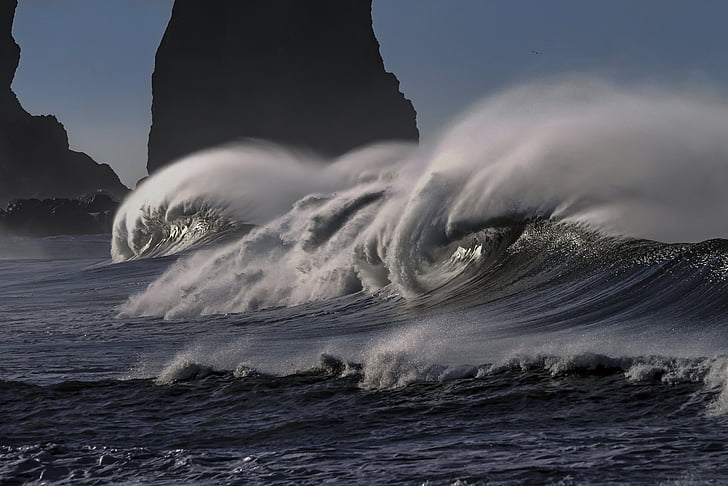 Points to be Noted:

About the Underwater Volcanic Eruption and Tsunami

The volcano which was frequently monitored by the Tongan officials since 3rd January 2022 finally erupted today on 15th January 2022. It was a massive series of eruptions. The undersea volcano Hunga Tonga Hunga Ha'apai's eruption set out large quantities of smoke which were then captured in the satellite images. Post the volcanic eruption near Tonga, an island country, a tsunami was formed which sent waves so high that they could destruct a lot more than expected. Tongan Public Service Commission officials urged citizens to move to higher grounds for better safety and protection of life. Many people including the Tongan King Tupou VI, were evacuated and moved to safer, higher spaces.

During the eruption, citizens of Tonga felt that bombs were exploding in their neighborhood. As high and dangerous waves crashed, Tongan social media users recorded videos and posted them online, especially on platforms such as Twitter. Trees toppling down, winds gushing at tremendous speed, and more were observed. Darkness engulfed the sky and it seemed like a scary sight. Many relevant videos immediately went viral. The capital of Tonga, Nuku'alofa remained the worst-hit due to the post-volcanic tsunami posing threat to life.

American Samoa also issued a warning of tsunami post the volcanic eruption near Tonga. Fiji, a neighboring island nation was also issued a warning about the disturbance in the sea. The nations located in the South Pacific region were alarmed by the eruption and issued warnings and advisories related to it. Visiting shorelines and beaches was strictly restricted due to the tsunami.

Reportedly, New Zealand which is almost 2000 km away from Tonga, was warned of a storm post the underwater volcanic eruption. Australia has not been warned of tsunami threats as of now. However, the situation is being regularly monitored.

Authorities from New Zealand stated that the signals remained weak and as of yet, there have been no reports of casualties or serious damage. Military assistance was on standby if required and asked for by the Tongan officials. Emergency management authorities had all the procedures in place to safeguard their citizens.

Similar Events In The Past in Tonga

The fear today was as real as it was in 2015. Similar to today, a series of eruptions took place back then. It also led to the formation of a new island that was smaller in size than Tonga. This Pacific nation had struggled to ban international travel for many days in 2015. Tonga, like other Pacific nations, is at a greater threat of prominent climate change and ultimately, the transforming nature of the ocean due to global warming.

The Real Threat is Climate Change

It is high time we think of climate change as a real and serious phenomenon that might destroy our lives if we do not act upon it today. Tsunamis, frequent volcanic eruptions, and other natural calamities are signs that the Earth is changing rapidly due to human behavior and the destruction of nature. The wrath of nature Tonga and the other island nations face as a result of climate change and related issues.

Written by Urvi M Gupte for The Social Talks

The wilting Flame Lily of Africa