Power Plants and Power Play – In Assam, Green Energy Comes at the Cost of Displacing Tribals and Animals 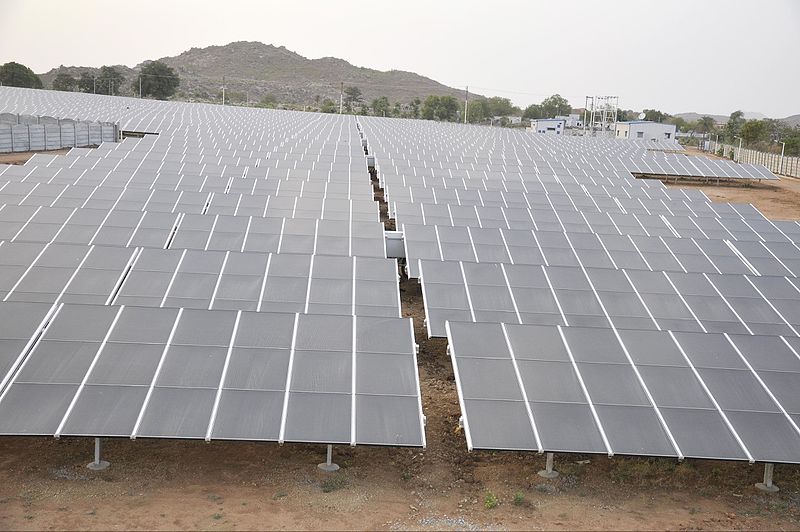 The villagers of Mikir Bamuni Grant in the Nagaon district of Assam have been agitating since March as the tribal Karbis and Adivasi people residing there face eviction from their ancestral land. The villagers complain that 93 acres of their land have already been forcibly taken over by Azure Power Forty Pvt., Ltd., a subsidiary of Azure Power Global Ltd., in 2020 in the midst of the global pandemic. “In the process, ripened paddy crop raised on over 200 bighas of land was razed to the ground on 8th October 2020 by the company.” suggests a report by a fact-finding team of Delhi Solidarity Group. This sudden land grab is meant to make way for a 15 MW solar power plant.

Azure Power which is worth nearly $400 million and is listed in the New York Stock Exchange has been accused of using underhanded and manipulative tactics. Numerous sources claim that police and local authorities were involved in this. The Hindu reports that local authorities have gone as far as to submit false reports on “cultivation and tenancy rights to hand over 276 bighas” and that the move could displace and leave at least 1500 families homeless. Protesting villagers have been arrested and clamped down by the police and the CRPF. Students, activists and citizens of the state have voiced their concern over this rampant abuse of state power and corporate greed.

The company claims that they have acquired the land through legal means based on a buyer-seller agreement. While that may be true, media houses and newspapers have picked up that the cultivators are in possession of a document that grants them legal rights to the land under the Assam (Temporarily Settled Areas) Tenancy Act, 1971. The Delhi based fact-finding team goes as far as to list six legal provisions that the power company has violated, these are —

i. Assam Fixation of Ceiling on Land Holdings Act, 1956

Moreover, the report submitted in April 2021 mentioned that the land fell in the midst of an elephant corridor. Now, just a month later, on 12th May, as many as eighteen elephants were found dead, allegedly due to a lightning strike after a day of heavy rain and thunder. The bizarre incident has left people all over the state expressing their displeasure and disbelief with the official narrative. Journalist Kabir Firaque of Indian Express has gone as far as to undertake a task to correspond with experts to learn whether such a scenario as presented in the official report can actually play out in reality. His findings claim that it is definitely plausible especially with larger animals in areas lacking in tall vegetation to be struck by lightning (not to be taken as serious investigative journalism). Other third-party reports also mention visible signs of a lightning strike and foul play is unlikely. The validity of the official narrative given by the state authorities will become clear once the post mortem report becomes available which could take up to two weeks from the time of the incident.

However, the incident brings into light the utter negligence of the state authorities. It further highlights the importance of an environmental assessment and clearance prior to such large-scale construction activities, especially one so close to an ecologically sensitive zone. Similar instances of utter negligence had surfaced just a year prior in the state. The most famous ones are the coal-rich Dehing-Patkai region in the Assam-Arunachal Pradesh border which saw an immense online protest against the government's intention to start mining operations. That region too fell in an elephant corridor. And then there was the ONGC gas leak and fire in Baghjan near Dibru-Saikhowa National Park that polluted rivers, ponds and left large tracts of land unfit for cultivation and grazing. The huge fire took more than 150 days to be doused and displaced thousands of villagers.

The shift towards green and renewable energy has become fashionable now due to the threat of global warming. But the Power Plant threatens to disturb the ecological balance shared between the tribal folks and the animals. Such renewable energy projects cannot come at the price of irreparable damage to the ecosystem and the environment, nor by destroying the lives and livelihood of the people living there. Because by doing so, the project would offset any inherent benefit and by failing which it will be seen as another performative effort lacking any clear goal except to entertain corporate greed and to fool the public in the name of development.