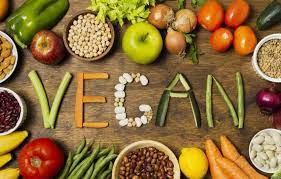 Seventy-nine million people across the globe follow a vegan lifestyle. Being vegan is following a lifestyle in which you do not consume animal or their by-products in any form as far as possible. A vegan lifestyle is not just about a plant-based diet but, it's also avoiding cosmetics, accessories, clothes, and various products that are either made out of animals or tested over them. The term “veganism” seems a modern age term but, it was first introduced, in 1944 on the 50th anniversary of The Vegan Society.

Vegan is nothing but an extreme form of vegetarianism. India is home to 400 million vegetarians, which is the highest number in the world. Therefore, most Indians consume a plant-based diet already, but being vegan is a lot more than being a vegetarian. Veganism is not just about the diet, it’s a lifestyle. Hence, vegans not only exclude animal meat from their diet, but avoids it when it comes to other products, like cosmetics, and accessories. Vegans also give up on dairy products such as milk, cheese, butter, unlike vegetarians. It’s pretty much clear that vegans are different from vegetarians.

The main aim of being a vegan is to build a healthy society, that cares for the environment and animals. According to several reports people, who avoid animal meat a healthier than people who consume it. If you chose a vegan lifestyle, you’ll be more fit. Several people believe that a plant-based diet lacks protein, but the truth is, plants contain plenty of proteins as well. Hence, you can go vegan anytime you want.

Here are few reasons for you to go vegan today.

Reduces the risk of heart diseases and type 2 diabetes.

Since a vegan diet includes fruits and vegetables, the body doesn't produce bad cholesterol. Bad cholesterol is the main reason for heart disease, which is found in a non-vegetarian diet. Many fiber, minerals, and vitamins are enriched in a vegan diet, which controls the blood pressure and the levels, of cholesterol in the body.

A vegan diet is always a better solution for type 2 diabetes. A vegan diet includes legumes, grains, fruits, and vegetables, which help in controlling blood sugar levels. And makes your body respond to insulin.

A plate full of vegan food contains a small number of calories and fulfilling. So, if you’re struggling to maintain or lose weight, you should try being vegan. When you choose a vegan diet over a vegetarian or non-vegetarian diet, you are keeping yourself away from fatty, inflammable food, which can increase your weight. A plant-based diet is always amongst the healthier options when it comes to losing weight.

A healthier option for all irrespective of age.

As your age changes, your diet changes accordingly, a few food items are not a healthy option for your current age, but this is not the case with a vegan diet. A vegan diet can be maintained, by everyone and of all ages. It contains vital nutrients which have their benefits.

Children can also consume a vegan diet, but it requires some amount, of planning so that their diet doesn’t lack any nutrients. At a growing age, a child needs all the necessary nutrients such as proteins, iron, fiber, vitamins, etc. which, are easily found in vegan food. One of the crucial nutrients is calcium, for which milk is preferred. In that case, you can go for plant-based milk.

Though several researchers have claimed that a vegan diet lacks a lot of nutrients and is not a healthy option or a lifestyle, but every non-vegan item has a vegan alternative, it just requires a little bit of research.

It is good for the environment.

Whenever a person chooses a vegan lifestyle, he contributes towards saving the environment. Animal breeding and consumption are increasing water pollution, species extinction and are one of the reasons for climate change. When we raise animals to attain their by-products, many resources are used, like water, food, and land. According to research, livestock's consumption of freshwater is way too much, and we are already in a water crisis. If you go vegan today, you will help in conserving water. And also making the air purer, reduce water pollution and preserve energy for the future.

Kindness is always a good reason.

All the other reasons might not convince you, but kindness is one of the firm reasons to go vegan. Nature has gifted us several resources to survive, then why go for an option that costs someone’s life. According to a survey by PETA, many animals are used for experiments for the cosmetics we use. And a large number of animals are killed just for luxury items such as jewelry. It is heart-breaking that despite many other options, people are still supporting these cruel industries.

Animals deserve to be treated right. Twenty-five million animals are slaughtered each day across the globe to feed humans. Whereas humans can fulfill their appetite by consuming plants as well. It is high time when people should stop looking at animals as food items or as experiment samples.

If you chose veganism, you are anyways choosing kindness over cruelty. Each day you can save the lives of almost 100 animals and be an example of a good human.

When we talk about the vegan lifestyle, it’s simply choosing love for the environment and animals and healthier life for yourself.