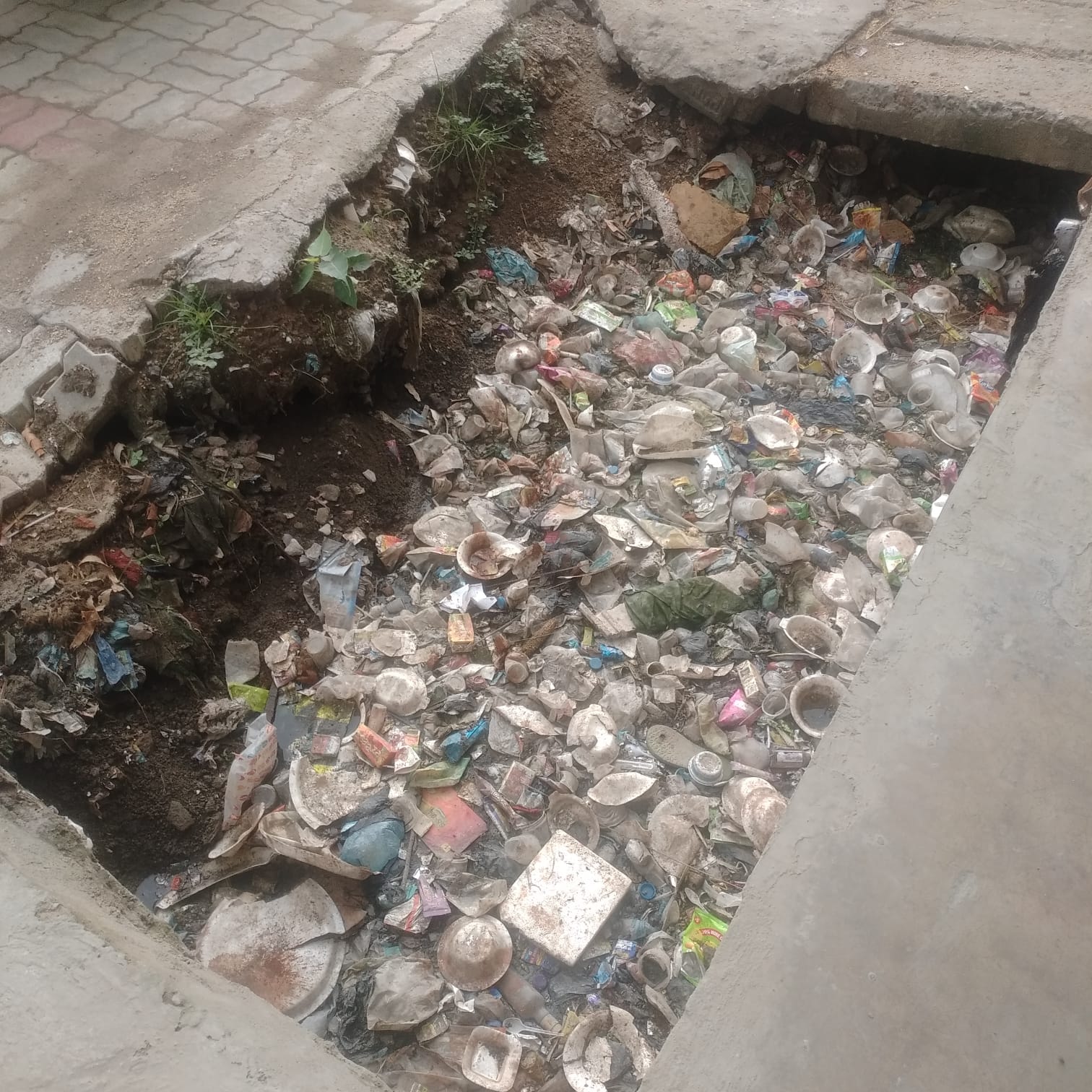 As a country, we face a major public cleanliness issue. While major cities and towns might be relatively well looked after, the same can’t always be said about the many small towns of India. Danapur can be considered a fitting representation of a small town suffering from poor waste management and garbage disposal practices.

Danapur is a small town in the suburbs of Patna, Bihar’s capital city. As a resident, I have seen the city change face over the years. However, some things have remained the same amidst that change. One of them, unfortunately, is roadside garbage dumping. Small and large dumps of waste are common along streets and the town’s main road.

As a resident of a house on Danapur main road, I have noticed open garbage dumps along the road since I was young. Some of their positions and sizes might have changed but they are still there. In my vicinity, there are about 5 big open garbage dumps on the main road. The two major ones are situated adjacent to the sub-registry office and the local vegetable-cum-fish market. The former one is no further than 250 meters from the local Municipality office.

The garbage dumped into these open heaps constitutes both organic and inorganic waste; plastic, leftover food, and house dust are the most common types found in these dumps. Most of the domestic waste comes from neighbouring buildings that complain about the municipality not providing an adequate number of waste disposal bins.

There are only two big garbage collection bins, both of which are situated near the fish market, which continues to overflow as they are insufficient. There are no small bins places around residential areas for residents to dispose of their waste. The Municipality had placed a few small bins in select areas but people didn’t take them seriously. While it is true that the bins would overflow anyway owing to a lack of space, it is also true that people did not follow waste segregation practices.

The issue lies with both the general mindset of the local population and the municipal authorities. Narendra Kumar Lal, a middle-aged resident of the town, who has been living there for over 40 years says that locals should hold the authorities responsible. He says that while there is poor general awareness about public littering, the municipal authorities do not provide any support for people who do want to follow proper waste-disposal practices.

Raju Kumar Pandey, a young working professional, thinks the public should bear most of the blame. He says that people should inculcate good practices, but instead, they litter without a second thought, and often spit and urinate along the roadside. Unless people themselves become aware and responsible, there will be nobody to take any necessary measures and the problem will continue to grow.

In absence of public awareness and municipality initiatives, garbage heaps continue to grow until the occasional municipality tractor comes to clean. This does not achieve much except for the occasional clearing of garbage piles which prop up in no time again. This practice leaves the roads stained and the neighbourhood unhygienic as well as smelly.  The routine waste-collection vehicles from Municipality are not adequate.

Furthermore, garbage piles also provide a breeding ground for disease-spreading mosquitoes as well as stray animals. Stray cows, dogs, and pigs are a frequent sight along with these garbage stacks. They often end up defecating on the roads, causing difficulty for commuters, and there’s also a risk of rabid animals. These animals are also often hurt in road accidents or through the consumption of plastic and other miscellaneous waste that gets mixed with food waste.

Patna and its suburbs like Danapur have a huge waste management problem. Insufficient urban planning amidst a growing population has left the area struggling in that domain. A high population density in an area with poor planning only makes it worse. Patna is the largest city and the capital of Bihar, which is among the least urbanized states in the country. Due to this, the requisite infrastructure and technology for proper waste management are not available. Waste from several wards and urban local bodies are unloaded open dumps. For instance, waste of Danapur, Khagaul and Phulwari areas are transported to Ramachak Bairiya village on Gaya Road, where it is dumped openly.

The Swachh Bharat Abhiyaan, a central government initiative for clean India, has only made marginal improvements in Patna since its inception in 2018. Few, if any, of these benefits have reached the suburbs of the capital city or to other small towns of Bihar. The Patna Municipal corporation began a door-to-door segregated garbage collection service on October 2, 2018, under the Swachh Bharat Mission. People were encouraged to segregate their waste into organic and inorganic components before they could be collected by the Municipality vehicles.

No such initiative took off in Danapur. There have been installations of a few mobile toilets in some areas under the Swachh Bharat Mission. However, they are very few keeping in mind the population. Therefore, in select areas, open defecation continues to be a practice. Human waste lies along the railway lines at Digha railway and those installed in slums remain unused. The reason for this is that they quickly become unusable since one unit is expected to serve many times its capacity.

The way towards a community-level consciousness and infrastructure for proper waste management is a long one for a town like Danapur. However, it is an urgent concern that requires to be addressed immediately. People must be educated about proper waste management practices and inculcate healthy habits. The initiative must to taken by local bodies to spread awareness and develop proper infrastructure for the general public.

In general, we must be mindful of the general waste that we generate and follow the 4Rs— Refuse, Reduce, Recycle and Reuse. We must also follow proper waste segregation practices that are sustainable. The change can come only through public willingness backed by support from relevant authorities.

What’s the role of zoos in society? Should we be for or against them?