Snow Crabs Have Disappeared: Experts May Have an Answer 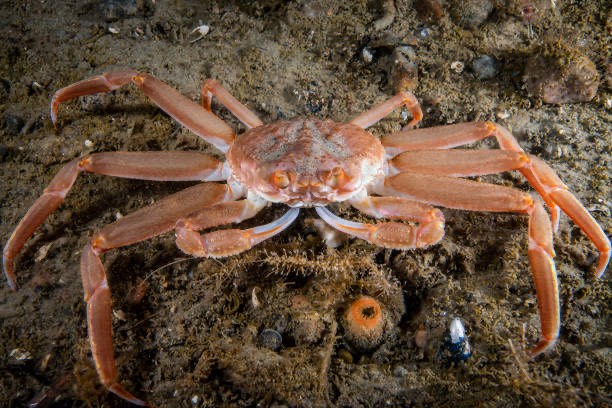 The sudden disappearance of billions of snow crabs in Alaska's Bering Sea has baffled scientists.

Alaska Department of Fish and Game (ADF&G) researcher Benjamin Daly said the species' population has plummeted, dropping from a whopping eight billion to one billion last year — an 88 percent drop. Experts believe warming waters due to climate change are to blame.

According to the United Nations, the ocean has absorbed 90 percent of the heat generated by greenhouse gases. The gradual temperature rise has brought unprecedented challenges to the world's oceans, including sea level rise and ocean acidification. Such disturbances in ocean waters have affected marine biodiversity.

The World Meteorological Organization has said that the increase in temperature and the resulting negative impact on the oceans increases the risk of irreparable loss of marine and coastal ecosystems. Experts have observed the migration of certain species to higher altitudes in search of cold waters.

In the Bering Sea, which borders the Alaska Peninsula, ocean temperatures were warmer than usual in 2019.

Erin Fedewa, a marine biologist with the National Oceanic and Atmospheric Administration, told Alaska's News Source that she believes the snow crabs have migrated, and the effects are likely to be long-lasting.

According to the Alaska Seafood Marketing Institute (ASMI), Alaska produces about 6 percent of the world's supply of Dungeness crab, rabbit, and snow crab.

As a result of the species' record low numbers, ADF&G has canceled its annual Bering Sea snow crab harvest to conserve species.

In an ADF&G press release in October this year, officials said they carefully considered their stakeholders before canceling. They understand that the closure of crab fisheries significantly impacts communities whose livelihoods depend on the crab season, such as fishing and harvesters.

Bering Sea Crabbers said on Facebook that "second and third generations of crab-fishing families will disappear due to a lack of meaningful conservation by decision-makers to help crab populations recover."

Gabriel Prout, a crab fisherman, told NPR that he and his family struggle to pay bills. According to Prout, the maintenance of vessels used for crab fishing is expensive.

"Our money maker that pays our bills is the snow crab season," Prout told NPR.

Warming ocean waters have also caused coral bleaching, a process in which corals lose their natural hue and turn white due to stressful environments such as sudden changes in temperature. According to Conservation International, bleaching impacts coral reef ecosystems, home to various marine biodiversity that provides human food.