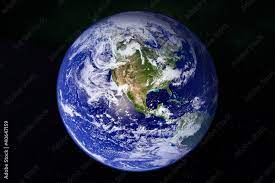 Although it has been a major concern for a while, climate change needs to be the top priority now more than ever.

The entire world has been experiencing a massive heatwave in recent weeks. In late May and early June, India and Pakistan experienced temperatures of more than 40 degrees Celsius. Temperatures are unusually high for this time of year. In France, the West South has also reached 43 degrees. The temperature rose to 50 degrees in Canada, where people are not ready to live in such conditions.

Who or what is to blame?

Human activities are the primary cause of these changes. Examples include deforestation, urbanization, and the use of fossil fuels.

According to Committed to Climate and Energy Education, burning fossil fuels increases "the levels of carbon dioxide and other greenhouse gases in the atmosphere, which amplify the natural greenhouse effect, causing the temperature of the Earth's atmosphere, ocean, and land surface to rise."

What exactly is a greenhouse gas?

Due to the fact that they surround the Earth and are responsible for controlling temperatures, greenhouse gases located at the atmospheric level are invisible but essential.

Sunlight energy is absorbed by the earth, which warms it and causes it to emit infrared light. So, as previously stated, greenhouse gases keep a significant portion of infrared light from reaching the Earth, which is essential.

But more greenhouse gases, like carbon dioxide and methane, are produced than they should be due to the advancement of our society and the industrial revolution. The increase of gases in the atmosphere causes an increase in infrared light, resulting in a rise in temperatures that can cause disaster.

Why understanding it is important?

Because it directly affects us and the quality of our lives in the coming years.

The effects are significant, and most people may have already experienced changes such as heat waves or storms this year. Even so, it can also refer to drought, flooding, ice melting, water quality, or the spread of various diseases.

Even more importantly, if it can affect us, animals and plants will be affected even more. For instance, frogs and rabbits have already died as a result of climate change.

If we don't want to witness the end of the world, something needs to change. Many people have been moved by a quote from Greta Thunberg from back in 2018: "So, we can't save the world by playing by the rules, because the rules have to be changed. Everything must change, and today is the day to start”.