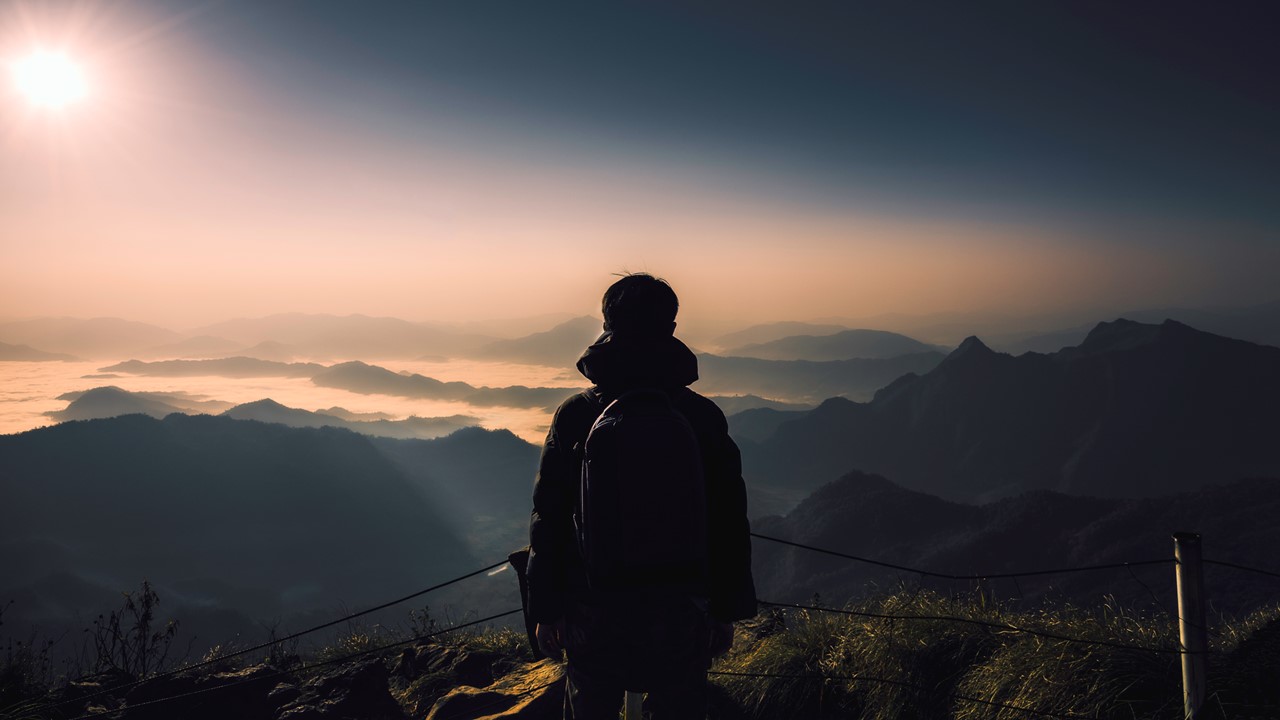 Some people used to say: the greatest adventure in life is discovering who you are. Our identity is very important because it describes ones view about them, which for some determines what they choose to be committed to in life. So, the question is who am I? If what I do defines me, I’d constantly judge my worth based on my profession. If what I’ve achieved defines me, the success or the failures would tell me what my worth is. If what others think of me defines who I am, I’d definitely try to please everyone. The true inner self is always conveyed through self-knowledge and self-esteem which appears through the human journey in life. Yet, long ago, William Shakespeare in “As you like it” had noticed this fact by stating “All the world’s a stage, and all the men and women merely players." The search begins "That’s a very restricting question, because this is a country that was built by immigrants, those immigrants were originally English, German, Swedes, and Eastern Europeans, he added. The problem of creating an identity is crucial issues from the very beginning of the subtle.” Prof. Naom Chomsky when asked to identify the American identity. Based on that, I decided to start my own search journey to people no one thought of their identity.

The route was to Egyptian Bedouins of Sinai. Photo journalist Linda Horowitz said at her “While the Sands Whisper” novel “A Bedouin is as fast as the wind, hard as a rock, soft as the sea and forever free.” Linda, who spent three years in Africa, seven months in Sinai, described her stay in the peninsula and how she met her Bedouin guide "Hakim" and what draws them both into "a taboo love affair" as she stated. I’ve never been able to meet a real Bedouin. Portrayal of people living years ago in the desert is the first thing that came to my mind when hearing “Bedouins”. What really surprised me is when I heard that brand new, unique, and first ever combination of Egyptians; The Romanian Egyptian Bedouins. Close view Their story begins in the fifth century when Justinian the First, Roman emperor, ordered a group of soldiers from parts of what is called now Romania, to accompany the priests who were going to the holy spot that witnessed God's trodden. Relatively, with the help from those soldiers, the priests built a monastery and church within a defensive wall. Many believe that soldiers were amid hundreds in total and their job was to protect the monastery from the aggressors. Later, their Romanian race had been mixed with Arab travelers, Africans and some places from Upper Egypt.

Al-Jebaliya tribe was founded by their descendants who announced it "the tribe responsible for protecting the monastery". That didn’t change even after converting to Islam in the sixth century. Al-Jebaliya "from the mountain" is located in the mountains of the southern side of Sinai. Also, they have learned how to enhance their very few natural resources available by learning the terrain by the inch. They also have special admiration to nature, as their say “If you kill a tree, you kill a soul." Their community has unique traditions related to each stage of their life cycle. I tried to examine the life cycle of al-Jebaliya tribe by walking in the wonderful paths which they used hundreds of years ago. The desert there is not the regular image that is usually stick in our minds; desolate, arid and barren, but it is more like a garden of colorful rocks, aromatic herbs, and sometimes animals. Leaving time Al-Jebaliya tribe is characterized by conservative people with wealth knowledge of their culture and environment. There is no doubt they have succeeded in preserving their identity and traditional values are still alive. As I spent nights and days in this remarkable place accompanied by those pure and amazingly clever people, I became aware of the actual meaning of the word Heaven and what it means to be expelled from Paradise. Only then, one can understand the logic of the three religions in one place; Saint Catherine city whose concept of essence isn’t clearly acknowledged by dwellers.